3D printing: Continued growth and expanded applications on the horizon 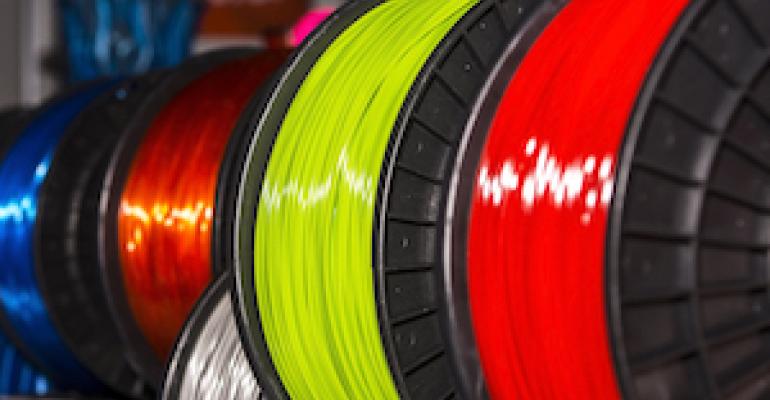 Gordon Styles, President of Star Rapid, a company that provides both 3D printing and injection molding services, forecasts strong growth for 3D printing, especially in the metals sector. It will grow from around $250 million today to about $8 billion in the next decade, he predicts. 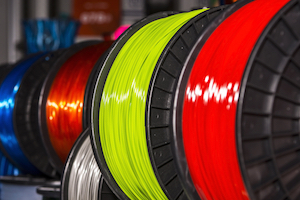 Ever since the idea of “printing” parts with polymer powders containing a binder came onto the scene, it’s been a roller-coaster ride. During all of the ups and downs of the 3D printing/additive manufacturing sector, however, the notion that one could actually make plastic parts without a mold has maintained a grip on the imaginations of many manufacturers.

Gordon Styles, founder and President of Star Rapid, a company that provides 3D printing and injection molding services from its manufacturing facility in Zhongshan, China, notes that much of the struggle the industry endured was because it wasn’t founded on “proper economics.”

After the latest dip in the 2014-2015 time period, people began recognizing an underlying reality: There are opportunities and there will be a lot of growth, particularly in the metals sector, which Styles estimates to be around $250 million today and will grow to about $8 billion in the next decade. “Metals are the production sector,” Styles told PlasticsToday in a phone interview. “That’s a very big market.”

What’s happening, Styles explained, is that “some of the big boys are scrambling for additional market share.” GE, for example, a year ago acquired 73.5% of Arcam AB and 75% of Concept Laser to further its presence in the additive manufacturing space. “There is a signed MoU relating to a strategic collaboration in additive manufacturing between GE and GKN, an engineering group that operates in the aviation and automotive markets globally. GE will provide a provision of machines and services to position GKN as a development and production partner; in exchange, GKN will become a non-exclusive preferred powder supplier to GE and its affiliated companies. GE is trying to take control of the entire manufacturing bureau sector, not necessarily by acquiring companies, but [by allowing] anyone who wants to set up a service bureau to contact GE [which will] provide the machine,” Styles commented.“GE wants to take the entire service bureau sector by stealth. That is an extremely bold idea.”

Mergers and acquisitions, and even partnerships, in the additive manufacturing sector was the hot news coming out of formnext 2017, which was held in Frankfurt, Germany, on Nov. 14 to 17. “Almost everybody is being courted by somebody,” commented Styles, who projects that “M&A will continue as people scramble to enter the market.”

It’s a different story when it comes to plastics. The idea is still floating around that at some point 3D printing technology will produce plastic parts in volume and compete with injection molding, eliminating the need for molds. While that is an attractive idea to many OEMs who would like to reduce the cost of injection molding, it remains lodged in the distant future.

Putting a fleet of laser sintering machines in a large room and turning them all on to print the same part isn’t what many manufacturers have in mind when it comes to making high volumes of parts. Moldmakers can breathe a sigh of relief probably for another decade or so.

Proto Labs, one of the largest manufacturing bureaus offering plastic and metal additive manufacturing, as well as injection molding, is “on the acquisition trail,” Styles pointed out.

In fact, on Nov. 21, Proto Labs announced that it had entered into a definitive agreement to acquire privately held Rapid Manufacturing Group, a New Hampshire-based custom parts supplier specializing in quick-turn sheet metal fabrication and CNC machining. Proto Labs invested $120 million in this new venture, adding one more “quick-turn” manufacturing service to its range of capabilities.

Styles added that he expects more M&A activity—“acquisitions for sure”—in 2018.

While 3D printing seems to be ubiquitous, people looking at the technology are realizing that it’s not ideal for every part manufacturing requirement. “You have to search for niche applications,” said Styles. “It has to be the right application for the kind of manufacturing service you’re looking to utilize.

“At Star Rapid we do it both ways—3D printing and injection molds. It’s very rare that I tell someone they’d be better off 3D printing a part rather than molding it, if the customer wants a specific material, a certain surface finish and specific properties,” explained Styles.

When asked what some of the challenges are to the future growth of 3D printing, Styles believes that finding skilled employees can be a problem. “Everybody thinks 3D printing is easy to do, but in my experience of more than 24 years, it’s not easy,” he said. “There are lots of skills needed around the trade. We need highly skilled engineers and metrologists in metal 3D printing. Plastics is a bit easier, but you still [have to perform] secondary processes—finishing, painting or texturing, and fixturing for assembly. It’s not too difficult but at the end of the day you might have 20 to 30 skilled people working on the various steps. The majority of applications still require some trade or craft skills around it.”

Seeing the interest in 3D printing from some of the major global industrial corporations, PlasticsToday was curious as to whether this interest will continue unabated in 2018 and beyond. Styles believes that it will. “Major OEMs like GE, Moog and others keep looking at it as a capability to acquire, mainly because it’s difficult for them to get the services they want, particularly if they have a big  requirement,” said Styles. “There are two problems with subcontracting 3D printing work. First, the requirement is so large they swamp the supply base. And second is confidentiality. Apple, for example, does its 3D printing in-house. I’ve never met anyone—a bureau—in the additive industry who works for Apple. Apple develops its own prototyping and 3D printing. Another big one that does all its 3D printing in house is Dyson. Back in the 1990s, we did some work for Dyson, but by 1998 they had built the largest prototyping resource in the UK.”

Given the rapidly changing landscape in the 3D printing world, it appears that the technology has increasing opportunities for applications and markets in 2018 and beyond. For the plastics industry, including mold manufacturers, it would be a good idea to keep a close watch on 3D printing technology so that companies don’t get left behind or shut out of expanding capabilities OEM customers are chasing.