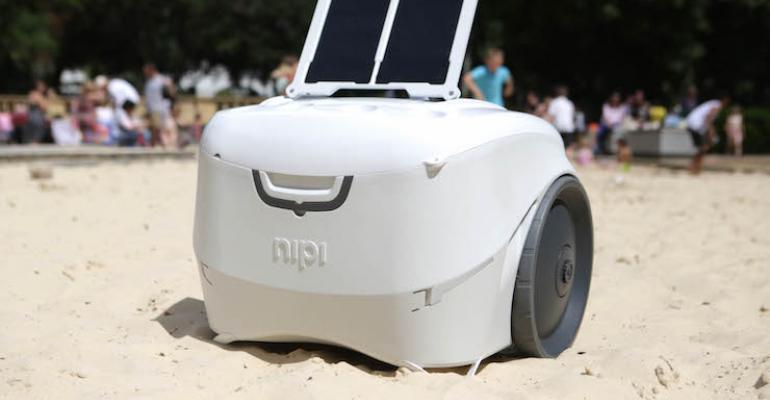 Startup companies that want to get their product on the market fast to capture greater market share are finding out that there are benefits to using 3D printing over traditional manufacturing. UK startup Nipi Smart Cooler has created a one-of-a-kind "smart" cooler using Stratasys' 3D printing. Employed throughout product development, Stratasys' technology enabled Nipi to realize a functional prototype 75% faster than using traditional manufacturing methods, said information from Stratasys. 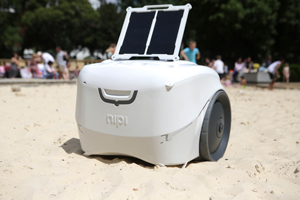 Aimed at the consumer market, the cooler has already surpassed the company's crowd-funding goal, and it was recently backed by an Asian investor in order to accelerate the product's entrance into the market. Competing to be the world's most diverse, multi-purpose cooler, Nipi is a solar-panel-powered cooler offering ice retention of up to six days and is packed with a host of features including a charging hub, internal and external LED lighting, cup holders and chopping board. According to Luke Guttery, Product Design Lead at Nipi Smart Cooler, 3D printing was crucial in quickly converting Nipi from a concept to a working product.

"It's amazing how quickly we could go from an idea on a piece of paper to a fully functional prototype that we could test outdoors," he said. "Without 3D printing, this simply would not have been achievable in the given timeframe. In just a few days, we had produced the main body in UV-resistant materials to test the solar panels in the sun and large-scale over-molded wheels with rigid interiors and rubber treads. Using this technology, we were able to develop a final working prototype in just under a week, whereas with traditional manufacturing it would be closer to a month."

In order to realize the initial concept design as a 100% working prototype, Nipi turned to UK 3D printing service provider, 3D Print Bureau. Using Stratasys' FDM and PolyJet 3D printing systems, the company produced a number of fully functional parts during the development of the Nipi to eliminate problematic design issues, before committing to final manufacturing.

Stratasys' multi-material 3D printing was used to produce over-molded parts, such as the handles and large tires that required accurate combinations of rigid and rubber-like materials. With the ability to 3D print these multi-material parts in a single build, as well as the capability to mix materials on the fly to create new material properties, 3D Print Bureau was able to quickly produce several variations in different levels of hardness for the Nipi team to test.

Gary Miller, Managing Director of 3D Print Bureau, explained that with the ASA material, "we were able to develop a fade-resistant prototype specifically designed for outdoor use. We could also accurately validate the pull of the handle and its weight-bearing ability, as well as define the exact tread of the tires required before moving to final production."

Nipi‘s Guttery added, "For startups like us, I cannot overemphasize how important it is to quickly get to a state where you can feasibly say whe'her your idea could be a viable product. Having access to this technology gives us the ability to make that decision faster than ever before."