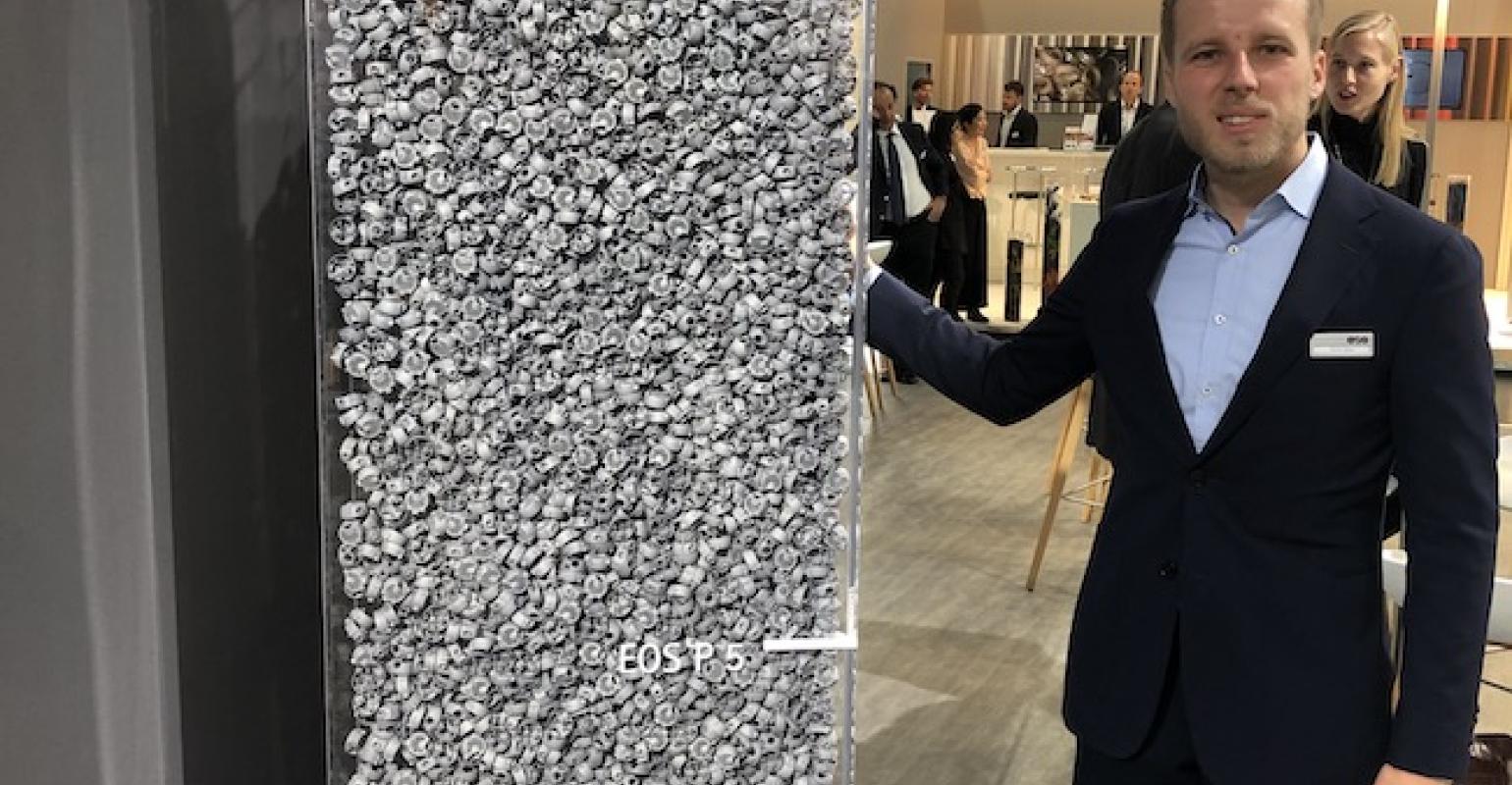 The coolest thing I saw at the K today: A leap forward in additive manufacturing

3D printing technology company EOS (Krailling, Germany) is touting its new LaserProFusion technology at K 2019 as an additive manufacturing revolution, not simply an evolution. It has the potential to replace injection molding in many applications, explained Moritz Kügler, Product Manager Polymers, at stand C 25 in hall 4.

“We are presenting a technology at this time, not a system, because we want to talk to our customers first and show them what we can deliver. LaserProFusion provides tremendous benefits in terms of speed, reproducibility and freedom of parameterization,” said Kügler. That’s where the conversation begins, and then “we can discuss the applications and parts that make the most sense,” he told PlasticsToday.

At the heart of the technology is an array of almost one million diode lasers in the powder bed process. For each layer, only those lasers matching the CAD data of the part are activated, and they can be controlled down to the pixel, explained EOS in a press release. This method not only makes it possible to perform highly detailed work, the component characteristics can also be influenced locally. The new technology significantly shortens exposure times, regardless of the number of components and their geometry, said EOS.

The leap in productivity represented by LaserProFusion is illustrated with a display on the stand, pictured here. The P3 system produced more than 10 million mascara brushes last year, and that technology was dwarfed by the recently introduced P5. As shown in the image, LaserProFusion takes that to a whole new level. The column is filled with petrol filler caps, and it takes about nine seconds to print one cap using this technology (this is an average, of course, since LaserProFusion is a batch process, stressed Kügler).

The automotive sector in the United States and Germany has taken a keen interest in the technology, as has the electronics industry and, somewhat surprisingly, the consumer goods sector, said Kügler. Select customers have been invited to check out the system at EOS headquarters near Munich.

K visitors have an opportunity to get their glimpse of the technology at the EOS stand, where the company has erected a mock up of the LaserProFusion system with a screen that shows a 3D rendering of the process. It’s pretty impressive and does, indeed, look like the future. Check it out at stand C 25 in hall 4.