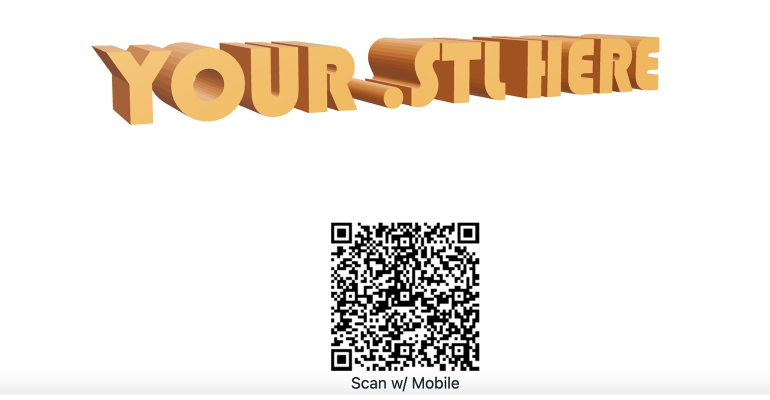 PolySpectra has developed an augmented reality tool that enables engineers to get an instant “massless” prototype of their design in their physical workspace.

Additive manufacturing has long offered the advantages of quickly printing spare parts and of rapid tooling — inexpensively creating a mold that can be used in a conventional molding process. This method bypasses the considerable expense and time involved in designing and building a mold by traditional means.

“Our ‘massless mission’ is to reduce global energy usage by 25% by the year 2050, leveraging distributed digital manufacturing,” Raymond Weitekamp, founder of polySpectra, told PlasticsToday. “PolySpectra AR is a very tiny first step in that direction: Instead of wasting energy and money printing prototypes, our users can instantly preview their designs for free. This alone is not going to stop climate change. However, in the same way that it is now completely commonplace to question whether or not a commute to a physical office is necessary (for a given type of work), we hope to inspire engineers to question whether a physical prototype is necessary in the earliest stages of product design.”

Augmented reality puts polySpectra on the leading edge of additive manufacturing, he added.

“We are not aware of any other additive manufacturing companies that are offering ‘massless prototyping’ as part of their workflow,” Weitekamp told PlasticsToday. “In many ways, it is directly competitive with traditional 3D printing of ‘look like’ prototypes, because augmented reality now can provide that 3D visual preview instantly for free. We anticipate that AR will begin to become a bigger part of CAD modeling workflows as the technology matures.”

Massless prototyping through augmented reality has few barriers to its use. “The tool is free and the augmented reality feature works in the native browsers of over three billion Android and iOS smartphones and tablets,” said Weitekamp. “We have built a QR code hand-off, so that our users can take their CAD files from their computer and seamlessly load them in AR on their phone or tablet. Most people who have a smartphone or tablet less than six years old will be able to use polySpectra AR immediately, without the need to sign up or download anything.”

Weitekamp, who has a doctorate from the California Institute of Technology, where he investigated new ways of fabricating materials, was recognized on the Forbes magazine list of “30 under 30” in 2017.

That path led to his founding of polySpectra and the development of a lightweight yet rugged material for additive manufacturing that can be used in medical and aerospace applications.

“PolySpectra invented cyclic olefin resin (COR), which is our family of high-performance photopolymers,” Weitekamp told PlasticsToday. “This polymer is not available elsewhere. In terms of the mechanical properties, the closest well-known analogs are COP, COC, and pDCPD.

“Fortune 500 companies are using our cyclic olefin resins to create high-performance, lightweight, low-CO2 products,” said Weitekamp. “Our additive manufacturing process uses about 50-times less energy than an injection molding process. Additionally, the parts can be designed using strategies such as ‘topology optimization’ to minimize the carbon footprint while maintaining the necessary safety and performance criteria of the component.”

The company just received a $3-million grant from the US Department of Energy to create highly durable new additive tooling to help the domestic auto industry streamline its supply chains, lower its carbon footprint, and reshore manufacturing operations, said Weitekamp.

This helps durable goods manufacturers design their parts for additive manufacturing from the outset.

“This is very rare to find today, in part because most additive manufacturing materials are not reliable,” said Weitekamp. “The benefits of this approach are the ‘virtual warehouse,’ where geographically distributed 3D printers can print parts exactly when and where they are needed. In addition to dramatically simplifying the supply chain, this would dramatically reduce the overall carbon footprint of durable goods manufacturing.”