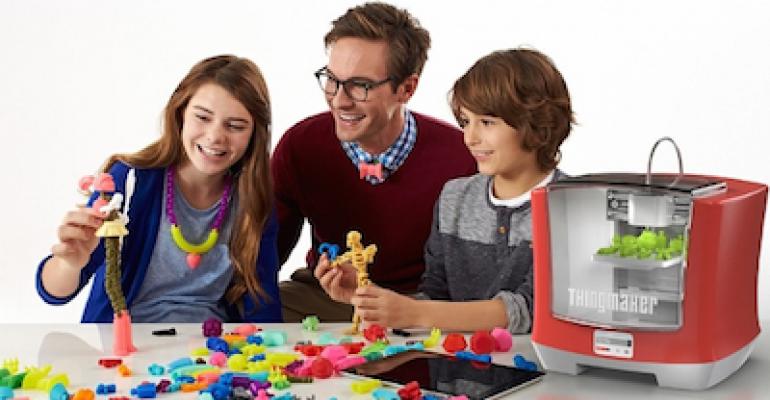 Once upon a time the big toy manufacturers—Hasbro, Mattel and Lego—were concerned about IP and copyright infringement of toy designs as 3D printing gained traction. With more desktop 3D printers on the market at price points under $2,000, these printers are available to almost every consumer who wants one.

Mattel seems to have had a change of heart, and apparently has decided to join 'em rather than fight 'em. At the New York Toy Fair trade show this month, Mattel (El Segundo, CA) announced its latest product: The ThingMaker, a $300 3D printer that lets kids make their own toys. The ThingMaker works in conjunction with a 3D-printing app called ThingMakerDesign, which was created in collaboration with software company Autodesk and works with iOS and Android, said Mattel's announcement. 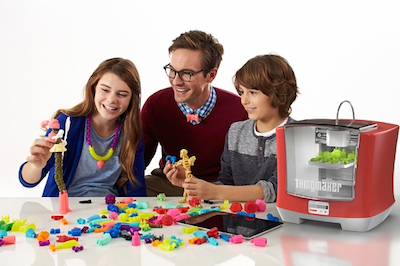 The new ThingMaker is actually an update of a Mattel toy from the 1960s, which let kids make flowers, Creepy Crawlers and other things by pouring a rubber-like material into a mold and curing it. The new ThingMaker "has been completely re-imagined for the 21st century," said Mattel's press release. "Whether creating figures such as dolls, robots and dinosaurs, or wearable accessories like bracelets and necklaces, Mattel's ThingMaker eco-system is the answer for at-home creative play."

In January 2015, an article in Law360 approached the thorny topic of toys and 3D printing, and the possibility of toymakers being unable to control their licensing agreements. "Because the increased capability of 3D printers is so great, 3D printing is beginning to transform many aspects of the consumer product chain," wrote Chris Ryan, Partner with Vinson & Elkins, a global law firm. "This raises important business questions: Are my products easily amenable to 3D printing? If consumers are permitted to participate in the design of the products, how do I protect my core intellectual property? What impact will this technology have on design, production, distribution, service and support, and the marketing?"

Ryan, along with Michael Vongaramvilai, an associate with Vinson & Elkins, noted that Hasbro partnered with 3D Systems and Shapeways, and was "one of the first global brands to license its IP to allow 3D printed fan art." (Ryan and Vongaramvilai define "fan art" as products based on successful products.) In the "initial program" that Hasbro developed, "Shapeways manages the end-customer licensing and Hasbro participates in a revenue sharing model."

Two interesting questions arose, as noted by Ryan and Vongaramvilai in their article:

At the time of writing of the Law360 article, Ryan noted that "industry leader Mattel has yet to dive in" primarily because "it could not guarantee whether consumer-printed toys would be safe for children. . . . Mattel appears to be taking a wait-and-see approach to dealing with some of the thorny intellectual property issues that early adopters such as Hasbro are facing." Ryan and Vongaramvilai noted that Mattel's use of 3D printing technology was confined to "the more conventional area of product prototyping."

It appears that Mattel has finally decided to join the party and take advantage of the tremendous popularity of 3D printing, not only on the factory floor or the engineering design office, but on the kitchen table, as well. After all, what could be more perfect than a toy that makes toys?