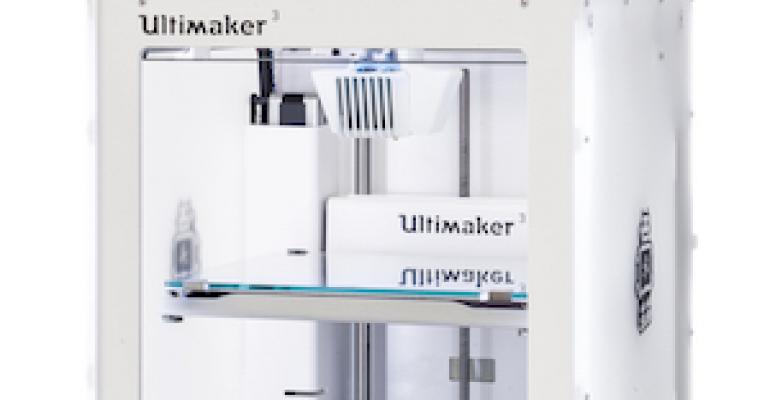 The new Ultimaker 3 offers an unlimited number of geometry options thanks to its dual extrusion system, which allows the freedom to produce more complex outputs in a full range of engineering materials and in two colors. 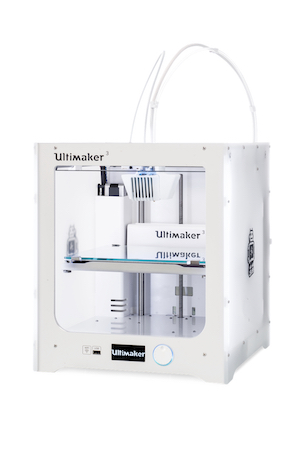 When Ultimaker, a manufacturer of open-source 3D printers headquartered in Amsterdam with an office in Boston, announced recently the global availability of the next generation of its 3D-printing product line, it promised professionals unprecedented freedom of design. Open-source 3D printing has become popular, particularly in the desktop printing market, according to John Kawola, U.S. President of Ultimaker.

In an interview with PlasticsToday, Kawola reviewed his more than 10-year career in the 3D-printing industry, starting at a time when prototyping with polymer materials represented 90% of the market. “What’s happened in the last five years is that the market has changed drastically,” said Kawola. “It has consolidated, and I was part of that consolidation. Also, we saw the introduction of desktop 3D printers as well as the rise of metal 3D-printing machines. Today, there’s more public awareness, and part of that is due to the [advent of] desktop printers selling at $5,000 and less. That’s where Ultimaker fits in.”

“What has happened in the desktop space in just the last couple of years is that a large portion of the growth of 3D printing is now in the desktop segment, from 275,000 units to over 400,000,” Kawola said. “The percentage being sold in the enterprise space was close to zero five years ago. Today it’s close to 50%. Parts are better, more materials are available, the machines are more reliable and the desktop printers are bumping up against the larger, more-expensive machines. For the price difference, more companies are looking at desktop 3D printers [rather than] the $50,000 stand-alone printers.”

“Open source or open materials 3D printing is the idea that somebody has developed hardware and software but they don’t try to keep it secret or patent it; they open it up so that even the software codes are open,” explained Kawola. “The idea behind open source is that the greater community will make the products better and everyone can share in this.”

Ultimaker has embraced the concept of open source and offers software that is open to the greater community for anyone to use. “As a company, Ultimaker has had a net benefit from our open source product,” Kawola noted. “The product is better—we can improve the software at a much faster pace. We have been able to do many things much faster. But in reality, people copy you and compete with you. Is it a net benefit or net detriment? We still feel it’s a net benefit,” he added.

Materials is one area that has benefitted. Because it’s an open environment, the range of materials that have been developed and put on the market has grown very quickly, Kawola stated. “The big guys had closed systems and you had to buy their film or powder. By 2007 or 2008, 90% was Stratasys materials for Stratasys machines, which had attractive margins and a very low cost of sale,” explained Kawola. “But how much do they want to invest into material R&D? The big plastic materials suppliers all wanted in and they couldn’t get in. So when the desktop platform evolved, they were open to whoever wanted to make filament for FDM printers—whether it was some guys in a garage or some larger company, there was a sudden availability of a much wider range of materials. At the end of the day, companies will have to figure out their business models so they can make money and survive. Companies that have developed a range of polymers have allowed desktop printing to accelerate and be good enough for an engineer at Boeing to use.”

3D printing is now being applied to the production of end-use parts, as an increasing number of applications exist, such as hearing aids and dental products. That has evolved because of the quality and cost of the parts. “The reason plastic 3D-printed parts were not suitable for end-use applications is either because the parts weren’t good enough or they were too expensive,” explained Kawola. “In the 1990s, none of the parts were good enough—even if had been free, they wouldn’t have been good enough. But what’s happening is they’re starting to become good enough—not perfect, but good enough. With open platform materials, the parts also will be pretty inexpensive.

“We’ve been pulled in by a number of large manufacturers—and this is a bit counter-intuitive, because you’d think they’d be looking for a big, expensive machine—wanting to put 100 desktop machines in a room and make parts. It’s definitely starting to happen and it’s driven by cost," said Kawola. "Consider what HP is doing in this space: The parts made on the HP 3D printer are nylon and the value is in the speed—it’s about cost. The promise of the 3D printing evolution is cost reduction.” (You can read more about HP’s 3D-printing initiative in a recent article published by PlasticsToday, “HP reveals next move in making 3D printing competitive with injection molding.”

In October 2016, Ultimaker launched the Ultimaker 3, which is another evolution of the 3D printer. Kawola noted that it’s fully networkable, has two extruders, and is compatible with PLA, ABS, PC, TPE and PP and other Ultimaker branded materials. “But if they choose, they can use any materials they want,” said Kawola. “We’re getting a reasonable share of the market with our machine—they are not the least expensive but they are not real expensive, either—and the open source platform makes them quite attractive."

The new Ultimaker 3 offers an unlimited number of geometry options thanks to its dual extrusion system, which allows the freedom to produce more complex outputs in a full range of engineering materials and in two colors. Design is not constrained, which is opening opportunities for experimentation, creativity and innovation. Additionally, enhanced printer automation eliminates the guesswork from printing prep. Smart material detection as well as active bed leveling tunes Ultimaker 3 to the best possible settings for specific materials and corrects level errors.

Jos Burger, CEO of Ultimaker, said “3D printers have historically been tapped by businesses for straightforward prototyping and short-run production. The extended capabilities of the Ultimaker 3 introduce a variety of new applications and we’re excited to get them into the hands of professionals that can capitalize on the benefits of 3D printing across a variety of industries.”