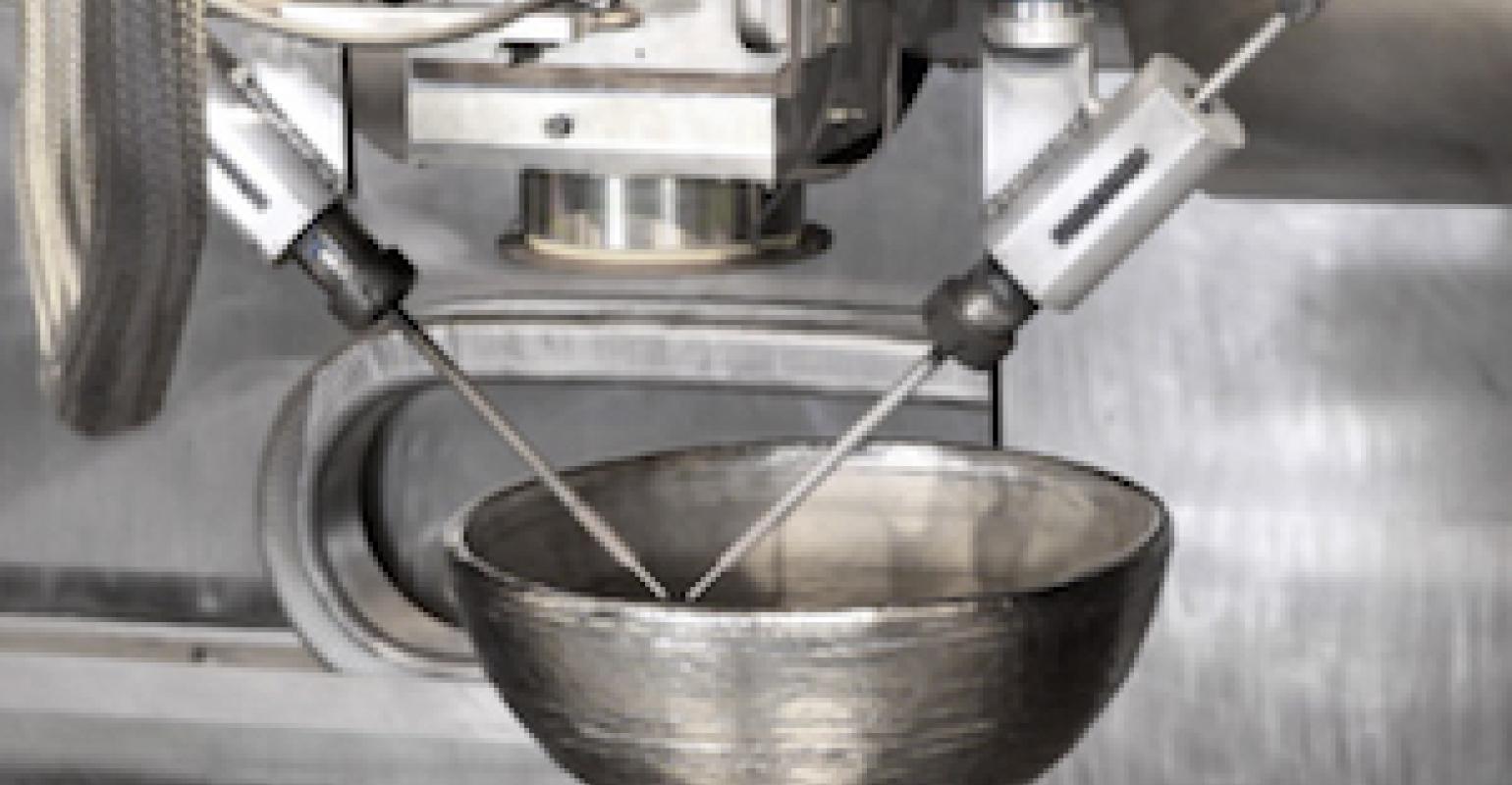 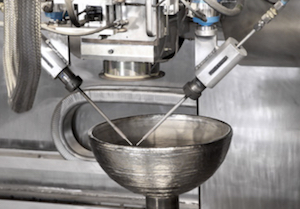 Metal 3D printing’s capabilities have expanded exponentially through the development of materials. For example, Sciaky offers a wide range of metals, including titanium and titanium alloys, Inconel 718 and 625, tantalum, tungsten, stainless steel (300 series), and 2319 and 4043 aluminum, among others. The company also claims that the EBAM system is the fastest and most cost-effective 3D printing process on the market for large-scale metal parts.

The EBAM system can produce parts ranging from 8 inches to 19 feet in length, depending on the application, making it the most “widely scalable” work envelope in the market, the company noted.

Those factors give metal 3D printing technology—EBAM as well as others on the market—the opportunity to be disruptive to moldmakers and other conventional metal fabricators using traditional subtractive machining methods. The traditional metal fabricating industry can either sit back and take a business-as-usual stance or adopt this technology and integrate it into their business models.

Sitting back may not be an option for moldmakers or injection molders. For example, both the aerospace and automotive industries are investing heavily in 3D printing. We all remember when GE Aviation announced the purchase of Morris Technologies—one of the earlier adopters of 3D printing, both polymer and metal—and subsequently built additive manufacturing production facilities in Auburn, AL, and Pune, India. GE Aviation has produced a model of a GEnx jet engine using direct metal laser melting (DMLM) technology. The company also produces 3D printed fuel nozzles at its Smart Factories for its CFM LEAP engines. GE Aviation spends $6 billion annually in R&D worldwide, and currently has 300-plus 3D printing machines in use.

Automotive is jumping on the 3D printing bandwagon in a big way, as well. Ford Motor Co. has adopted 3D printing for R&D and invested heavily in it for producing prototype parts. Through its 3D printing laboratory, Ford has printed well over 500,000 parts and saved billions of dollars and millions of hours of work, said the company’s information. “Where it would have taken four to five months and cost $500,000 to produce a prototype with traditional methods, a 3D-printed part can be produced in a matter of days or hours at a cost of a few thousand dollars,” said the company.

“You can come up with a really optimized part at the end of the day,” said Paul Susalla, Section Supervisor of Rapid Manufacturing at Ford. “That’s all because of the speed with which we can produce the prototype parts without tooling.” (Moldmakers, take note of that statement!)

Ford said these prototypes are used on every single part of the vehicle, and they can be driven for hundreds of thousands of miles or crash tested at 70 mph. Either way, the result is the same: Higher-quality vehicles at a more affordable price.

Ford recently announced that it has also formed a partnership with fast-rising startup Carbon3D (now just called Carbon), which debuted its M1 commercial CLIP (Continuous Liquid Interface Production) technology this past April. CLIP is a photochemical process that uses a liquid interface of uncured resin and a passing light source to harden the liquid into a part, a technology based on early selective laser sintering technology. Carbon claims that with the M1, it is possible to 3D print isotropic parts with mechanical properties and surface finishes “like injection-molded plastics.” (Molders, take note of that statement.) “No other additive manufacturing technology delivers the synthesis of fit, form and function needed to bridge the gap between prototypes and manufacturing,” said Carbon’s information. Carbon’s process uses rigid polyurethane, flexible polyurethane, and elastomeric polyurethane.

Of course, even 15 minutes per part is a far cry from what a multi-cavity injection mold can achieve, but there are obviously some applications for low-volume parts. With enough machines (at around $40,000 a pop), Carbon offers an interesting 3D alternative. Other interested parties in Carbon’s technology include BMW and GE Ventures, which have invested $80 million in the company to bring this 3D-printing technology to mass manufacturing. According to a report in Forbes, “BMW has already started placing Carbon’s printer in its German production facilities.”

If you are a moldmaker or molder, you need to watch 3D-printing technology closely to understand its implications for your business. Will you be making prototype molds and producing prototype parts as part of your engineering and design capabilities? Will you be making high-volume production molds or molding millions of parts, or will some new, amazing disruptive technology interfere with your traditional business model?