Is Advanced Recycling a Boondoggle? 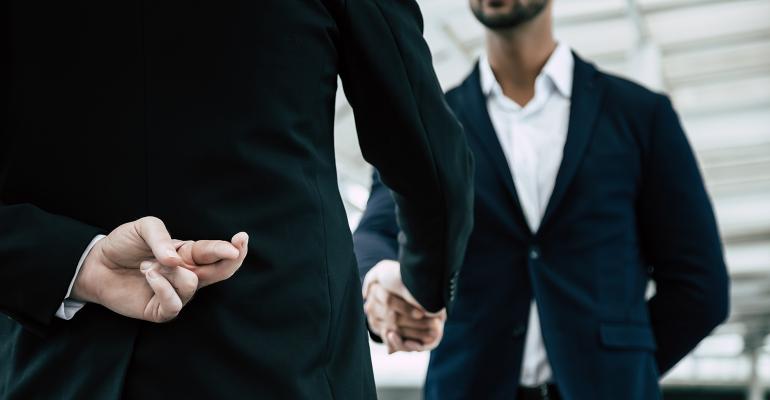 The technology itself is real, but most companies have only been able to achieve advanced recycling on a small scale so far. The only things they’ve managed to scale up are investors.

Is it any wonder that so many startups promoting alternative recycling technologies that promise to cure the plastic waste “crisis” are beginning to fall out of favor with investors? Could it be that they haven’t proven they can create any actual value? Currently, there are some 40 advanced recycling technology companies that have made a lot of promises about what they can do and touted large-capacity manufacturing plants, but there doesn’t appear to be much in the way of actual products coming from these plants. Even Greenpeace, which I don’t often agree with, has been tracking these companies in its report, “Deception by the Numbers.”

To create value in a business, first you need to find the value proposition. Is your idea a solution to a problem? Does it fill a niche or a need? Value creation is one of the most difficult parts of setting up a business, because you have to determine what that value is and whether your potential customers also recognize its value.

Plastic has long been of value to the world. Early plastic materials replaced whale bone in women’s corsets, replaced ivory in piano keys, and allowed innovation for literally millions of new products in both durable goods and disposables. Plastics have made food safer, replacing tin cans welded along the seams with lead, which used to kill people. So, what is happening in the world of advanced recycling that has caused so much fallout with investors over the past eight months?

Thrown for a “Loop”

First it was Montréal-based Loop Industries. Following an investigation, short-seller Hindenburg Research concluded that the company’s advanced recycling process was anything but novel and there was virtually no way to scale it to the extent needed to fulfill demand by the large CPGs the company claimed it had partnered with to supply rPET material.

Within the last three weeks, two more advanced recycling companies were in the crosshairs of investment groups. Danimer Scientific is accused of having problems similar to Loop — an inability to produce any real product. Nodax, the trade name for Danimer’s biopolymer, is made from enzymes using canola oil.

Next came reports on PureCycle, which appeared to have a better shot at advanced recycling of polypropylene through a process it licensed from Procter & Gamble. In addition to Hindenburg’s report, another report from Seeking Alpha on May 17 also revealed the company’s considerable problems living up to claims made on its website and LinkedIn that its polypropylene (PP) has “properties equal to virgin polymer.” Seeking Alpha notes that while PureCycle’s management claims recycled plastic is just like virgin plastic, “the S-1 filing shows the company can’t measure the change in odor in the recycled plastic.” Seeking Alpha is “bearish” on PureCycle because it believes the company “will have difficulty scaling its plastic recycling technology.”

That’s a major problem with most of these advanced recycling companies. It’s not that the process isn’t possible – it is – but so far most of these companies have only been able to perform their process on a small scale and many have been at this for up to a decade. The only things they’ve been able to scale are investors.

If PureCycle can do what it claims, it’s the “golden goose”

Seeking Alpha’s analyst commentary, “PureCycle Technologies: I’ll Pass on the Next Nikola,” noted that if P&G’s patented technology works with PP, “it’s a huge deal because currently polypropylene is 28% of the world’s plastic, but only 0.8% of it is recycled. CPGs are certainly eager to get their hands on recycled PP, and if PureCycle can do what it claims, it could be the “golden goose,” said Seeking Alpha’s report. However, there’s that prickly problem of odor from previous uses and the fact that the material turns a brownish–gray color. “The solvent purification process is claimed to turn plastic with contaminants into plastic that can be used in food-grade containers,” said the report.

That remains to be seen. Contaminated feedstock is the one huge fly in the ointment with these processes. I’ve been told by people at these advanced recycling companies that the primary ingredient needed is “clean feedstock.”

A number of years ago, a company was going to convert used cooking oil from local fast-food restaurants into a polymer. This guy was able to do it, but, as he explained to me, the only problem was that the resin smelled like French fries.

Many of the press releases that cross my desk from these advanced chemical recycling companies claim that they can take plastic waste bound for oceans or landfills and create pure “virgin-like” material that can be recycled infinitely without losing its properties.

Recently I came across an essay in the American Affairs quarterly, “The Crisis of Venture Capital: Fixing America’s Broken Start-Up System,” by Jeffrey Funk. There have been thousands of startups over the past two decades. More than 90% of these “unicorns” lost money in 2019 or 2020.

As I read through Funk’s essay, I began recognizing some of the many startups in the plastics industry, particularly in the recycling space. With around 40 companies in the advanced recycling arena to watch, it is becoming more obvious that many of these companies are offering investors more risk than reward. “After all, the notion that high risk requires higher returns is an old one, taught in every introductory finance course, yet the VC [venture capital] system, on average, is not providing this risk premium. Thus the VC system bears a closer resemblance to another form of risk-taking: gambling. . . . But policymakers and the public should realize that average returns ought to be higher for risky investments than less risky ones. If they are not, it is time to rethink the value of VC,” writes Funk.

Funk noted that in today’s startup economy, these unicorns are “purportedly ‘disrupting’ almost every industry,” which is obviously what the advanced recycling technology startups are attempting.  While it generally takes years — sometimes 10 years or more — for a startup to begin making a profit, “there seems to be little reason to believe that these unprofitable unicorn startups will ever be able to grow out of their losses,” writes Funk.

That’s what companies such as Spruce Point Capital Management and Hindenburg Research are finding, and why they’re calling out Loop Industries, Danimer Scientific, and PureCycle for not fulfilling their long-time promises. SPACs are offering companies like Danimer and PureCycle an out with regard to investors.

Gibbs Law Group (Oakland, CA) posted an appeal to investors who’ve lost money in PureCycle to contact it to participate in a lawsuit, noting that, based on the Hindenburg report, [PureCycle’s] executives already received $7 million in cash bonuses after closing the SPAC deal and will soon receive approximately $40 million more, according to the report.”

A class action against PureCycle Technologies was also announced on May 17 by Wolf Haldenstein Adler Freeman & Herz LLP (New York). “The Class Period commenced on November 16, 2020, when PureCycle issued a press release announcing plans to become a publicly traded company via a merger with Roth Acquisition,” said Wolf in its notice. “Throughout the Class Period, PureCycle touted the technology it licensed from Procter & Gamble.”

Many of these companies use big names to promote the validity and viability of their processes to turn plastic waste into pristine new material. Several announcements from these companies, such as Danimer and PureCycle, have touted big name CPGs as “partners” that are committed to buying the resulting pristine plastic material.

I recently wrote to Nestlé Waters (now Blue Triton) and asked if it has agreements with Danimer, which said that it is currently producing and shipping Nodax on a commercial scale level from its Winchester, KY, plant. Nestlé responded: “We do not have any agreements in place with Carbios or Loop Industries. We also do not work with Danimer Scientific. There may be either Nestlé Waters Europe or Nestlé supply agreements/partnerships, but we have no information on that.”

Seeking Alpha doesn’t have much faith in “unproven PureCycle technologies,” calling the company the “next Nikola,” the EV company that presented various concept cars over the course of several years. “Whenever any company makes bold claims, it’s worth poking holes in the story before investing,” said analyst Alex Pitti. “I think PureCycle’s investor presentation has some red flags. I don’t think the company is worth investing in today . . . it doesn’t have the sales yet. Sales are expected to start in the second half of 2022 after their first plant is operational.” However, noted Pitti, the plant and production keeps getting pushed back, as the first announcement said the plant would be operational in 2021.

We’ll all be watching to see how these companies manage to fulfill their promises to rid the world of plastic waste, and provide pristine, food-grade polymer.