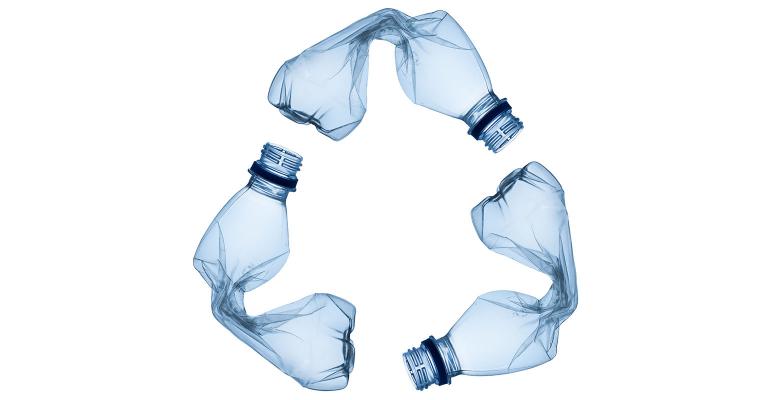 Carbios didn’t divulge the identity of the PET producer, but the announcement confirms its plan to build a first-of-a-kind 100% PET recycling production unit using its enzymatic technology.

Every time a press release pops into my inbox from a company touting advanced recycling technology or the creation of plastic from something — anything — other than fossil fuel, it seems to feature the same cast of characters. A recent press release from Carbios, the French company that promises to “reinvent the lifecycle of plastic and textile polymers” through its “pioneering new enzymatic solutions,” touted the signing of an “expression of intent agreement with a major PET producer.”

The release didn’t divulge the identity of said PET producer. However, the announcement “confirms Carbios’ plan to build a first-of-a-kind 100% PET recycling production unit using its enzymatic technology.” This “mutant” enzyme was introduced in April of last year in an article in the journal Nature, and was subsequently referenced in several other science publications.

“With a high ratio of aromatic terephthalate units — which reduce chain mobility — PET is a polyester that is extremely difficult to hydrolyze,” said the article abstract in Nature. “Several PET hydrolase enzymes have been reported, but show limited productivity. [In this article] we describe an improved PET hydrolase that ultimately achieves, over 10 hours, a minimum of 90% PET depolymerization into monomers, with a productivity of 16.7 grams of terephthalate per liter per hour (200 grams per kilogram of PET suspension, with an enzyme concentration of 3 milligrams per gram of PET).

“This highly efficient, optimized enzyme outperforms all PET hydrolases reported so far, including an enzyme from the bacterium Ideonella sakaiensis strain 201-F6 (even assisted by a secondary enzyme) and related improved variants that have attracted interest,” said the Nature abstract. “We also show that biologically recycled PET exhibiting the same properties as petrochemical PET can be produced from enzymatically depolymerized PET waste, before being processed into bottles, thereby contributing toward the concept of a circular PET economy.”

An article appearing in the April 11, 2020, issue of Forbes, “New Enzyme Breaks Down Plastic in Hours and Enables High-Quality Recycling,” by Scott Snowden, explains this new “mutant” enzyme and notes that Carbios’ plans are to get to “industrial-scale recycling within five years.”

That’s the timeline that appears in other news articles. Carbios’ technology has drawn the attention of some major CPGs, including Pepsi, Nestlé, and L’Oréal. The idea that this might be the silver bullet that these CPGs are seeking for their plastic-waste woes, however, remains to be proven.

In GreenBiz magazine, Associate Editor Jesse Klein noted on May 7, 2020, that Carbios “has proven to Pepsi on a few pilot tests that the bottles made from Carbios’ recycled plastic perform like virgin PET. But now the team needs to show the process can work on a manufacturing level congruent with the massive scale of these global brands.”

That’s always the fly in the ointment for these advanced recycling technology companies. Making a few bottles is far removed from making millions of bottles. But Carbios isn’t the first company with which Pepsi, L’Oréal, or Nestlé have “partnered” on new technology. They and others are associated with a host of startups that think they have a great idea on how to recycle plastic and make new plastic. These startups then recruit major global CPGs to “partner” with them, which, to me, looks more like a marketing scheme to attract investors than a solution to the CPGs’ sustainability goals.

Klein’s article quoted Ron Khan, Vice President of Beverage Packaging at PepsiCo: “The Carbios system can take all plastic, colored PET, textiles like polyester, or even carpet, which would normally be lost along the way. They can take it and recover it.”

Knowing how difficult — and costly — most of these advanced recycling technologies are by talking to the people behind the scenes — the ones who will speak to me, that is — I find this difficult to believe. I’ve been told many times by recyclers that while the dream is to take any old dirty plastic from landfills and ocean environments and turn it into pristine virgin-like clear food-grade PET, the reality is very different.

Nevertheless, Carbios and its new PET partner are plowing ahead. The April 26 announcement said that Carbios’ first industrial facility is expected to allow for an annual production of 40,000 tons of recycled PET, with first revenues to be generated using its enzymatic technology. The company will carry out ongoing studies to select the most suitable site from a technical and economic perspective — the aforementioned “significant” PET producer could host the production facility.

Editor's note: Since publishing this article, Carbios issued a press release noting that it "takes notice of the termination of the Expression Of Intent with Equipolymers," a Schkopau, Germany–based manufacturer and marketer of PET resins. Equipolymers (EQP) is a subsidiary of Equate Group (Kuwait), and in January of this year introduced its Virdis 30, a food-grade PET manufactured with 30% chemically recycled PET as feedstock. No comment has been received from Equipolymers as to why the EOI with Carbios was terminated as of May 3.