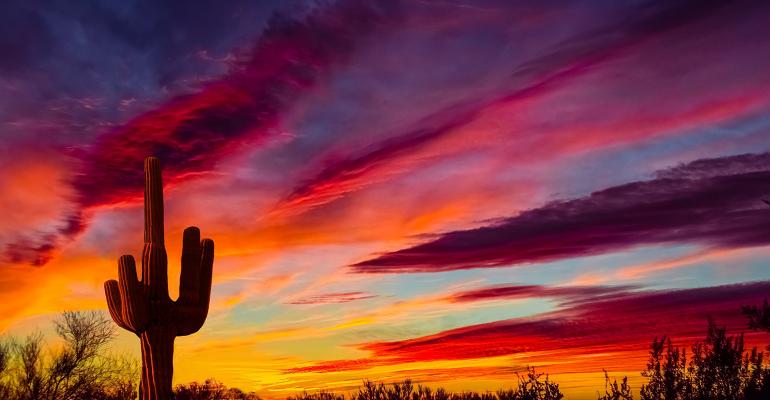 The law will ensure a transparent regulatory framework for advanced recycling in the state and support its growth, said Governor Ducey.

The American Chemistry Council (ACC) put out a notice that last week Arizona Governor Doug Ducey signed into law AB 1156, which will enable greater adoption of advanced recycling. In a statement, the ACC’s Joshua Baca said, “Recognition of advanced recycling’s benefits is gaining momentum at the state level: Arizona is the 12th state since 2017, and the third in less than a month, to adopt similar legislation . . . encouraging the growth of advanced recycling by helping ensure these technologies have a predictable and transparent regulatory framework for operation.

I guess you could say it’s about time. Two years ago, on April 2, 2019, the City of Phoenix announced in grand style that it would “begin turning plastics into fuel” via “a new partnership with Renew Phoenix that aims to turn plastics destined for the landfill into fuel.” (There’s that pesky phrase “aims to” again.)

Renew Phoenix was selected through a competitive Request for Proposal (RFP) process. The plan is to use proprietary chemical recycling technology to reverse the plastic back into its basic molecular structure, which will allow it to convert the plastic waste into fuel, the announcement explained. Renew Phoenix also will bring as many as 15 full-time jobs to the valley, after investing more than $5 million in the project.

The plan, according to the 2019 announcement, is for Renew Phoenix, a joint venture between Generated Materials Recovery (GMR) and Renewlogy (which we’ve heard about often) to work together to build a facility to process the materials on the city’s Resource Innovation Campus. Mayor Kate Gallego commented at the time that “the idea of making fuel with the plastics we are throwing away is certainly an out-of-the-box idea that I am thrilled to say will also bring jobs and revenue to our city. . . . Phoenix is again leading the way setting the gold standard for innovation and creativity.”

Well, maybe not quite the gold standard. Late last year when I began investigating how Phoenix Renew was progressing with its plans, a call to Generated Materials Recovery was not returned. I contacted the City of Phoenix Public Works department, and finally was able to speak with someone who knew about the “joint venture” and said that they were still in negotiation with Renewlogy, but they weren’t aware of how that was progressing.

Priyanka Bakaya, founder and CEO of Renewlogy, responded to my Jan. 18, 2021, e-mail request for comments on the project, noting that she was “unable to get into details” of the Phoenix facility. She added that she would be happy to reach out again when announcements have been made on both the proposed Phoenix facility and the status of Renewlogy’s Salt Lake City facility (which I also questioned).

After this latest announcement from the ACC regarding the signing into law of SB1156, I once again tried to speak to Generated Materials Recovery’s CEO, Jonathan Cohen, but once again my phone call requesting comment was not returned as of this writing.

I’ve not heard from Bakaya as of yet, either. She did comment, however, in the City of Phoenix’s April 2, 2019, press release: “Renewlogy is excited about bringing our technology to Phoenix and creating a more circular economy around plastic waste locally. Phoenix will serve as a model for cities around the country looking for local solutions for plastic waste.”

A number of advanced recycling companies have made big promises to various cities and states across the country about the jobs that will be created and the environmental benefits of having an advanced recycling business in their cities, counties, or states. So far it’s been mostly all talk and not much action, except now there’s a new law in Arizona to lend support to what, so far, has proven to be a mirage.