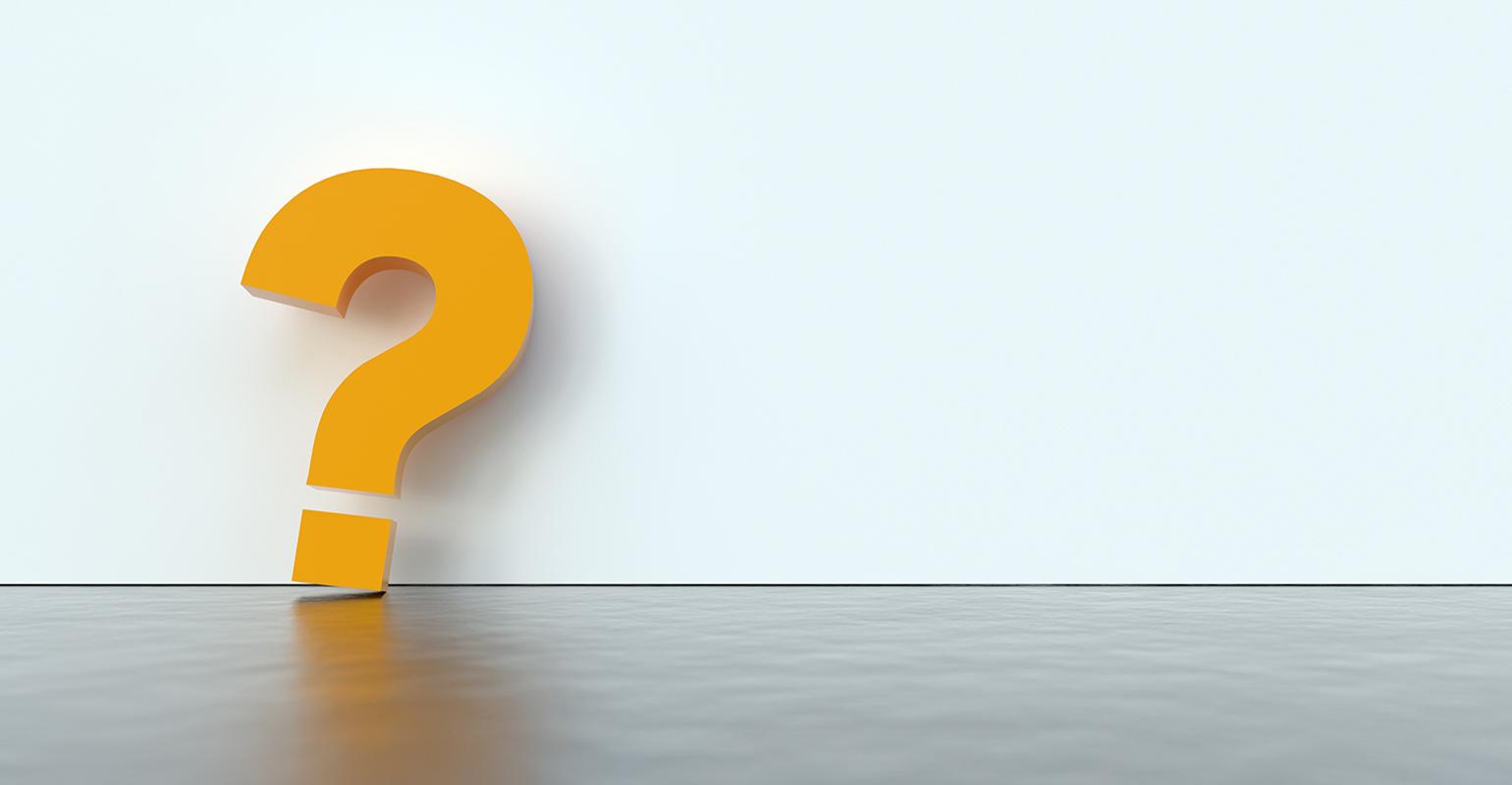 Many good technologies come out of university labs, but it’s questionable that research into chemical recycling, which has been ongoing in the private sector for up to three decades, will bear fruit.

Since the start of the year, I’ve gotten several announcements from various universities about advances in new technology. An article that was published in PlasticsToday on Feb. 10 reported on a development at the Chirik Lab at Princeton University. Paul Chirik, the Edwards S. Sanford Professor of Chemistry, called the newly discovered recycling process “the most important thing ever to come out of my lab.”

Other universities are also working on chemical recycling technologies to help solve the problem of difficult-to-recycle plastics, including the University of Oklahoma and the University of Wisconsin-Madison in collaboration with Case Western Reserve.

In March, the US Department of Energy (DOE) awarded UMass Lowell researchers $1.8 million to develop recyclable plastics and manufacturing technologies to help the country reduce greenhouse-gas emissions and improve environmental sustainability. The grant is funded through the REMADE Institute, a public-private partnership created by the DOE to help the United States move toward a circular economy. The UMass Lowell project will seek ways to improve the recycling of plastics from industrial and consumer goods that typically end up in landfills.

Industry partners working with UMass Lowell on the project include SER North America LLC, a material supplier that focuses on sustainable plastics, along with iMLFUX Inc., a Procter & Gamble company that develops injection molding innovations in support of sustainable manufacturing. The collaboration will provide UMass Lowell engineering students opportunities to work closely with engineers at the partner companies.

On April 21, Science Daily ran an article about research at the University of California, Berkeley, and University of Massachusetts Amherst, funded by the US Army Research Laboratory, that involves embedding polyester-eating enzymes in plastic as it’s made, a process that promises to eliminate microplastics.

An article celebrating Earth Day published in April by Harvard’s Wyss Institute announced Circe, a biodegradable plastic produced without plants. Research scientists Shannon Nangle, PhD, and Marika Ziesack, PhD, are developing a cheap source of plastic that is biodegradable, doesn’t require the use of plants, and has a negligible carbon footprint — microbes. The pair have been experimenting with microbe-based plastics since 2017, which makes them rather late to the game.

Nangle and Ziesack hone in on a specific microbe that takes in hydrogen and carbon dioxide gases and uses a process called gas fermentation to convert them into essential molecules. One of the compounds the microbe produces is a polymer called PHB, a kind of polyester that it uses as a form of energy storage. PHB itself is not a great polymer for plastics, said Harvard’s news, as it is very brittle and difficult to use in manufacturing. But Ziesack and Nangle have found a way to “tweak” the microbe’s metabolism so that it produces a similar polyester, called PHA, which is more flexible and is already being investigated as a biodegradable plastic alternative.

Harvard’s announcement rightly notes that “biodegradable PHAs are not a new idea, but so far nobody has been able to make them cheaply enough that they could compete with petroleum-based polyesters.” You don’t have to tell that fact to the many companies that have been working on this for nearly two decades.

Perhaps Nangle and Ziesack would be interested in helping out Danimer Scientific and RWDC, both involved in the PHA process for a number of years.

Sustainability is a tricky business.

“We want to create a business plan for a system that is actually fully sustainable from beginning to end, where we have thought through and planned for every stage of a product’s lifecycle so that when a consumer is finished using it, it will take care of itself [by biodegrading],” said Nangle. “It can be tricky to convince investors that an academic lab-scale experiment is commercially viable, and receiving support as an Institute Project has been critical for allowing us to demonstrate that this system can work in the real world, and can make a real impact.”

I hate to burst their bubble, but they really do need to speak with Stephen Croskrey, CEO of Danimer Scientific (formerly Meridian Holdings Group), and Daniel Carraway (formerly of Meridian Holdings now the CEO of RWDC) to find out how it’s going with those two companies. Both have had years of experience trying to get PHA off the ground and scale it to commercial quantities. They also have experience in wooing investors to fund their projects. Nangle is right — it’s tricky.

In May, Washington State University researchers announced the development of a catalytic process to efficiently convert polyethylene into jet fuel and high-value lubricants from plastic products such as milk jugs and shampoo bottles. Using a catalyst and commonly used solvent, they were able to convert about 90% of the plastic to jet fuel components or other hydrocarbon products within an hour.

Purdue University in West Lafayette, IN, sent out a news item on June 15 that university researchers “have created a chemical conversion process that could convert polyolefin waste into useful products, such as clean fuels and other items.” Hasler Ventures LLC and American Resources Corp. have partnered to prove the technology at a commercial level.

The innovation is called Low-Pressure Hydrothermal Processing. It promises an economically and environmentally safe way to transform polyolefin plastic — the most common form of plastic, according to Purdue’s announcement — into gasoline, diesel fuel, and other high-value items. Developed by Linda Wang, the Maxine Spencer Nichols Professor in the Davidson School of Chemical Engineering, the research was published in a 2021 issue of the peer-reviewed journal Fuel.

The conversion process incorporates hydrothermal liquefaction and efficient separation. Once the plastic is converted into oil or naphtha, it can be used as a feedstock for other chemicals or further separated into monomers, specialty solvents, or other products. The clean fuels derived from the polyolefin waste generated each year can satisfy 4% of the annual demand for gasoline or diesel fuels.

Sounds easy. Mung Chiang, Purdue’s Executive Vice President for Strategic Initiatives and the John A. Edwardson Dean of the College of Engineering, should talk to the dozen or so startups that are currently engaged in waste-to-fuel, many with pilot plants, to understand just how difficult this really is and why most everything out there is still in a pilot stage.

Hasler Ventures is collaborating with American Resources Corp. to use its Indiana-based chromatography pilot plant, currently in development, to demonstrate the technology. Mark Jensen, President of American Resources Corp., said, “Once proven, the commercialized Purdue innovation could change perceptions about recycling plastics. We’re excited to support this environmentally ethical project.”

A question of scale.

Many good technologies come out of university labs, as a lot of bright minds working together are capable of creating viable products and processes. However, I continue to question the money and effort going into these projects at the university level when there are a good number of companies that have been in the development phase of creating these same products and processes for up to three decades with extremely limited success. Very little product is being produced at a scale that can come close to meeting demand for the traditional polymers required on a daily basis.

The same can be said for those waste-to-fuel and waste-to-base chemicals processes. Small amounts can be made, mostly in pilot facilities, but very few of these companies are shipping truckloads of chemicals or fuel.

There are literally hundreds of patents on each of these processes. For example, I looked up pyrolysis for plastic materials and found 334 patents listed for that process, one dating back to 1972 from a Japanese company for a “Method for decomposition of polymers into fuels.”

Universities have a lot to contribute to new technologies. However, I don’t hold much hope that they can offer any greater solutions to the plastic waste challenges than companies that continue struggling to commercialize at scale today.