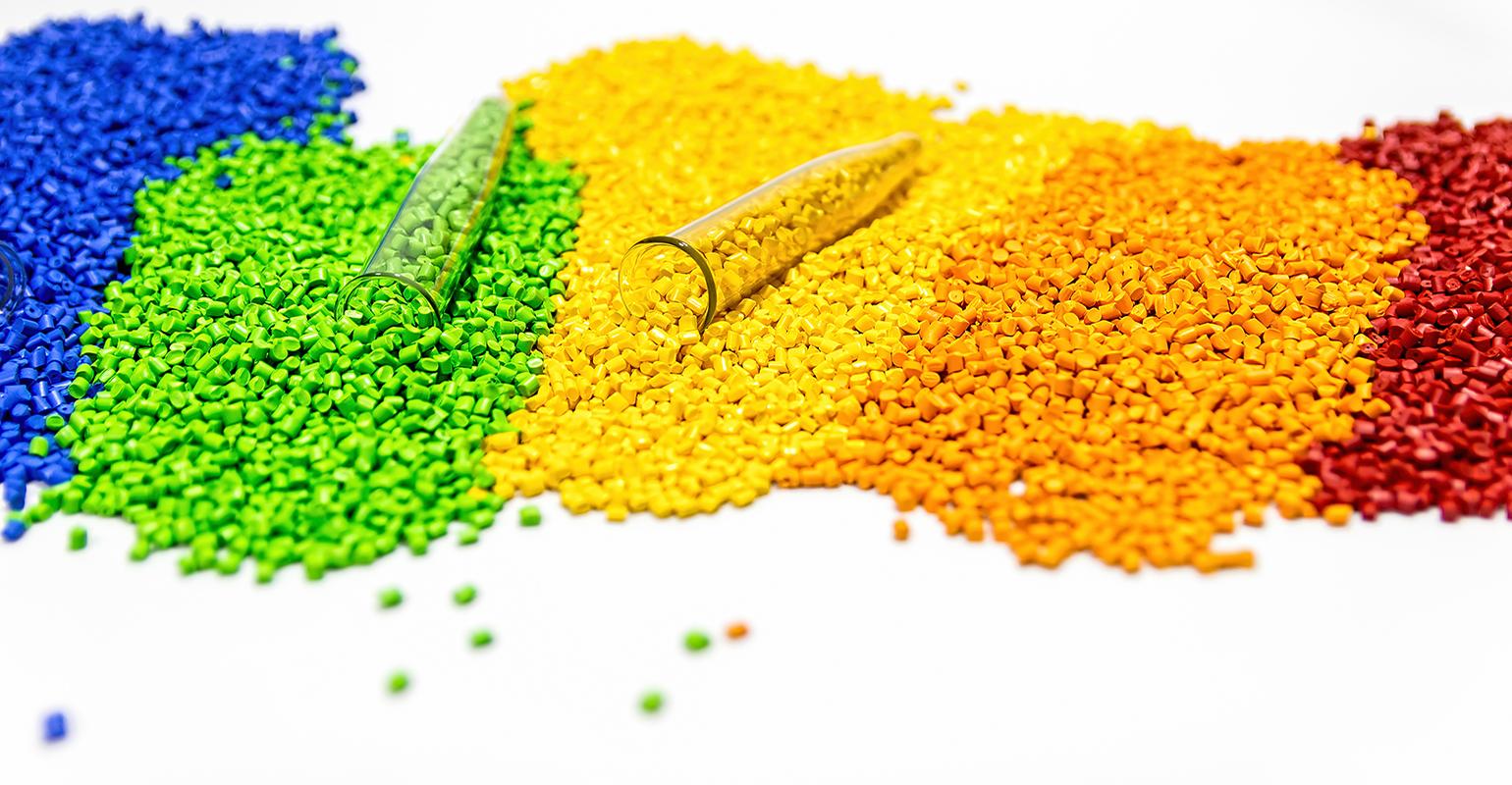 The Maryland General Assembly is debating a bill — the first of its kind in the United States — that would ban chemical recycling of plastic into fuel.

For the past few years, we’ve read headlines about why mechanical recycling isn’t working at levels needed to reduce the amount of waste plastic in the environment. In response, the recycling industry has stepped up innovation with new technologies to enable more plastics — especially difficult-to-recycle plastics that tend to end up in landfills or the environment — to be converted into chemicals and fuel used to make new polymers. It’s called chemical recycling, or advanced recycling, and while it is not the only answer to the difficult-to-recycle plastic waste problem, it can be one of several solutions that cumulatively begin to make a sizable dent in the reduction of plastic waste.

That’s not how the anti-plastics crowd sees it, however. For them, chemical recycling isn’t recycling because it’s not using waste plastic to make new plastic. They prefer a bottle-to-bottle method of recycling. That’s great if you’re talking about PET or HDPE, which can be easily sorted in materials recovery facilities (MRFs) and processed into rPET or recycled HDPE and used to make new bottles. But what about those other, difficult-to-recycle plastics?

We’ve seen how the state of Virginia’s attempts to promote chemical recycling was greeted by environmental group Blue Virginia, which said that these bills “represent a step backwards” for Virginia’s climate and public health.

Now there’s a bill being debated in the Maryland General Assembly seeking to ban the chemical conversion of plastic into fuel. While chemical or advanced recycling has its proponents, its detractors call it “a false choice, a false solution” that pollutes the air, according to a news feature on CBS Baltimore (WJZ Channel 13). Opponents of chemical recycling say that it incentivizes the production of more plastic.

Speaking out against the proposed chemical recycling ban, the American Chemistry Council’s Craig Cookson said in a prepared statement to WJZ: “Advanced recycling is an innovative technology that helps recycling efforts in states and communities and allows for more types of plastics to be recycled. These facilities have the potential to keep plastics out of the environment and landfills while displacing the use of virgin natural resources with limited emissions. Ten states have already taken legislative steps to allow advanced recycling facilities to open in their communities, including most recently in Virginia and Pennsylvania. Given the current state of our nation’s recycling infrastructure, it is not the time to ban new recycling technologies, something no state has done to date.”

A spokesperson for Eastman Chemical Co. also stepped up in opposition to the proposed ban, telling WJZ: “While Eastman does not operate in the waste-to-fuel space, we do find HB21 to be problematic because of its broad scope. The bill, as written, also includes prohibition of recycling facilities that would recycle plastic into feedstock through chemical conversion processes. Advanced recycling technologies that are material-to-material solutions, including Eastman’s Advanced Circular Recycling technologies, are absolutely essential to expanding the type of plastics that can be recycled, so the world can solve the global plastic waste crisis. Eastman’s recycling innovations convert plastic waste into new, reusable materials, and HB 21, as written, would close off this vital technology.”

Last summer, Chemical Recycling Europe released a paper, “Restrictions and Misunderstanding about Chemical Recycling Misguide Transformation of the European Union Waste Policy.” Various opinions from different plastics industry trade groups and environmental advocates have put chemical recycling technology in a bad light, noted the paper. Chemical recycling wasn’t considered by some to be true recycling as it did not produce a direct product-to-product link, such as PET bottles into PET bottles.

The EU Waste Policy set forth “10 priorities developed by various European Union NGOs and associations [pointing] to ambitious directions for the waste policy that Chemical Recycling Europe (CRE) generally supports." However, priority nine represents what CRE called “missed opportunities to improve the current waste and recycling system, leading to some inconsistencies between priorities.”

CRE defines chemical recycling as “any reprocessing technology that directly affects either the formulation of the polymeric waste or the polymer itself and converts them into chemical substances and/or products whether for the original or other purposes, excluding energy recovery.”

CRE’s goal in producing the paper was to “provide clarification on chemical recycling to refine priority nine.”

First, chemical recycling is circular by definition according to CRE, and “represents an overarching category composed of different technologies that aims to close the material loop by converting plastic waste currently not recycled into high-quality products. These recycling techniques (sometimes described as upcycling or advanced recycling) reflect the essence of what circularity is by enabling the direct replacement of virgin material with its identical quality and properties. . . . These various technologies convert polymeric waste in different value-added materials like monomers, naphtha, syngas, waxes, etc.”

What CRE is trying to get across in clarifying the EU Waste Policy is that plastic-to-plastic mechanical recycling is limited by both the input into the recycling system as well as the output. Additionally, the value of the output in chemical recycling may be much greater and have more benefits than just plastic materials. Larger amounts as well as the variety of plastic waste “can be transformed into alternative oils, waxes, solvents,” and so forth resulting "in a reduction of crude oil as a raw material and creation of necessary and useful materials for various industries.”

According to CRE, restrictions on the input characteristics and origin for chemical recycling lead to inconsistencies with priority 10, phasing out waste incineration. “Given that the plastic waste going to chemical recycling would otherwise be sent to energy-from-waste, the restrictions imply that you implicitly favor this waste going to energy-from waste,” said the paper. “This represents a missed opportunity to recycle the plastic waste coming from the rejections of mechanical recycling (and, therefore, from separate collection) or a waste stream technically or economically difficult to recycle by mechanical recyclers.”

CRE concluded its paper noting that chemical recycling “specifically targets the demand for virgin-quality recycled content that mechanical recycling can fulfill only for PET and HDPE for a few cycles under strict conditions. It targets a circular product and demand that currently cannot be fulfilled.”

It would appear that those in government as well as anti-plastics NGOs — including many environmental groups whose aim is to rid the world of any type of single-use plastic — are attempting to succeed in this goal by narrowing the goalposts of the recycling industry, such that recycling is permitted only for the mechanical recycling of two materials, PET and HDPE. It’s becoming increasingly obvious that those fighting against plastics want no technology or innovation in the recycling industry. While some advanced recycling technologies being introduced haven’t yet achieved their promise with regard to commercial scaling, they must be given an opportunity to at least make the attempt. Some of these methods will prove to be inefficient, too costly, and non-viable. However, some may prove that chemical recycling can work on a commercial scale, making it a viable process that begins to make a dent in the tons of plastic waste in the environment.

As more large, global corporations such as Sabic, ExxonMobil, BP, and others announce their involvement in chemical recycling of plastic waste, things may move along more quickly. Many of those companies have the financing to build the infrastructure needed to pull this off on the scale required. Maybe they can prove once and for all to the doubters that there is value not only in plastic-to-plastic product recycling but also in tapping the chemical components of plastics to meet demand for new plastics.