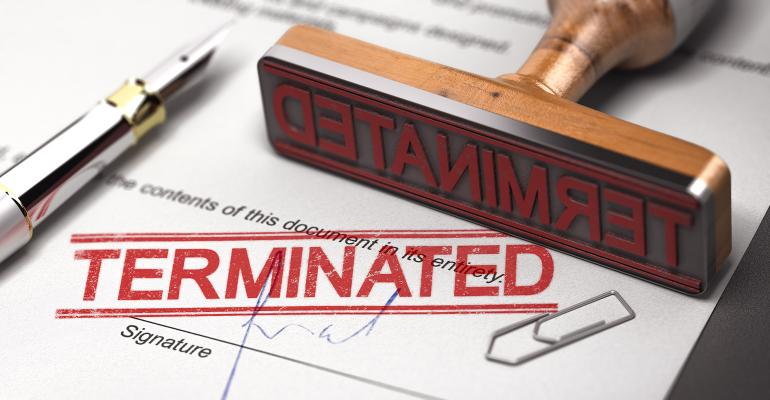 The notice did not mention recent reports calling Loop Industries’ advanced recycling technology a "fiction" as a reason for the termination, but it certainly didn’t inspire Coca-Cola’s confidence in the project.

Coca-Cola Cross Enterprise Procurement Group (CEPG) has informed Loop Industries of its intention to terminate the Master Terms and Conditions (MTC) Supply Agreement for Loop PET plastic, dated Nov. 14, 2018. The notice was received by Loop on Oct. 29, 2020, and the termination is effective Dec. 14, according to a Nov. 4 report in MarketScreener.

“The MTC was a multi-year agreement that enabled members of CEPG to enter into supply agreements with Loop for the purchase of PET plastic from the company’s as-yet unfinished joint-venture facility, to be established in Spartanburg, SC, with Indorama Ventures PLC, to incorporate Loop PET plastic into its product packaging,” said the report.

“CEPG advised the company that it is terminating the MTC because [Loop] did not satisfy its first production milestone from the joint-venture facility by July 2020, as required by the MTC. CEPG indicated in the notice that it is open and interested in exploring a new framework agreement with the company for North America and/or Europe,” according to MarketScreener.

Delays in completing the facility in Spartanburg because of the COVID-19 pandemic and continued border closures and quarantine requirements between Canada and the United States were cited as some of the reasons for the termination. “The company intends to engage with CEPG regarding the joint-venture facility when it has more clarity on the commissioning as well as for its planned Infinite Loop European project,” said the MarketScreener report.

While no mention was made of a report produced by Hindenburg Research last month that put Loop Industries’ technology in a less-than-positive light, the negative press generated by the Hindenburg report couldn’t have helped Coca-Cola’s confidence in the project.

Loop Industries announced on Oct. 10, 2018, a multi-year agreement with PepsiCo that would “enable PepsiCo to purchase production capacity from Loop’s joint venture facility . . . and incorporate Loop PET, which is 100% recycled material, into its product packaging by early 2020.” An earlier e-mail to PepsiCo inquiring about the company’s continued relationship with Loop Industries has received no response.

A similar agreement was announced on March 6, 2020, with cosmetics maker L’Oréal. No further information is available on this agreement at the time of writing.

On Nov. 11, a shareholder alert was issued by Pomerantz Law Firm, which was investigating claims on behalf of investors of Loop Industries Inc. The investigation concerns whether Loop and certain of its officers and/or directors have engaged in securities fraud or other unlawful business practices. Pomerantz cited the Hindenburg Research report issued in October that “claimed breakthroughs in PET (polyethylene terephthalate) plastic recycling as ‘fiction.’” On this news, Loop’s stock price fell sharply during intraday trading on Oct. 13.

“The Hindenburg Report described former employees as paint[ing] a picture of a chaotic company whose lead scientists are 20-something ‘liars’ with no relevant work experience other than at Loop and asserted that ‘our investigation points to one conclusion: In the words of a former Loop employee, we simply ‘don’t really think they have the technology,’” said Pomerantz.

Also on Nov. 11, Bragar Eagel & Squire P.C. reminded investors that class action lawsuits have been filed on behalf of stockholders against Loop Industries, and encouraged investors to contact the firm.