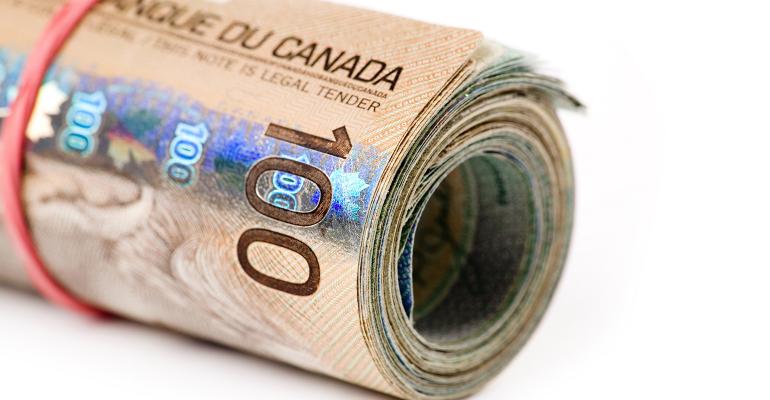 Your constituents would likely be supporting a sham technology with no realistic commercialization potential, Nathan Anderson warns assembly member.

The founder of Hindenburg Research has lobbied a member of Quebec’s National Assembly to reconsider allocating Can$100 million ($77.6 million) to Loop Industries. In a letter to the Honorable Minister Pierre Fitzgibbon of the National Assembly of Quebec, Hindenburg Research founder Nathan Anderson urged Fitzgibbon, Minister for Terrebonne, not to funnel taxpayer resources to Terrebone-based Loop Industries.

The allocation, which would be authorized by Fitzgibbon’s office, was called “transformative” for Loop in an article in La Presse. “We found that to be a curious characterization, given that our research suggests Loop has no 'transformative' technology and, instead, is a company originally backed by convicted stock felons, run by unqualified scientists accused of impropriety, peddling what multiple former employee whistleblowers have alleged amounts to smoke and mirrors,” wrote Anderson.

Anderson then goes on to detail the timeline of Hindenburg’s findings, noting the lack of response by Loop to Hindenburg’s request for answers to its questions. He also noted that the SEC is investigating Loop Industries and that multiple class action lawsuits alleging fraud have been filed against the company in the United States and Canada. Anderson pointed to the fact that “none of the company’s partners seemed to voice support for the company’s supposed technological claims, suggesting a lack of confidence.” Coca-Cola cancelled its agreement with Loop two weeks after Hindenburg’s report, and Danone is now conducting an internal investigation on the matter.

“Indorama, whose joint venture project to construct a Loop facility is already delayed, has remained relatively silent,” said Anderson. “Presumably, Quebec’s proposed $100-million investment would replace this experienced industry partner that has chosen to not meaningfully advance its relation with Loop in two years.”

Anderson goes on to point to many news articles that have been published that contain further investigative reporting, including the Oct. 20 article in PlasticsToday titled, “Pay No Attention to the Man Behind the Curtain” by Clare Goldsberry. “The article noted that much of Loop’s recycling process may have been designed through computer modeling rather than real-world testing. The article recounted CEO Daniel Solomita’s unlikely story of how the Essaddams, the family of scientists in charge of Loop’s processes, claimed to have shown up in Solomita’s garage with a bundle of items purchased from a hardware store and solved the long-running problem of cost-efficient PET recycling using depolymerization,” Anderson wrote to Fitzgibbon.

Anderson also cited an article in La Presse: “Loop’s tech inventor sued by former employers for allegedly ‘inventing’ a ‘worthless’ technique already known for over a century.” Another article in the Huffington Post (Oct. 31) titled, “Why ‘The World’s Largest Recycling Plant’ Won’t Solve the Plastics Crisis,” featured Loop as an “example of how chemical recycling processes have not yet lived up to the hype, citing industry experts and reports showing that the technology available is not yet capable of meeting the promise that industry players like Loop have put forward.”

While Roth Capital remains supportive of Loop Industries, Anderson doesn’t have much good to say about that company, either. “Roth Capital has a longstanding reputation for issuing conflicted research on behalf of its investment banking clients. The investment bank was featured in The China Hustle, a film about widespread fraud among China-based, US-listed companies. Per the film, Roth played a key role in facilitating the go-public transactions for numerous fraudulent Chinese companies, all while collecting handsome investment banking fees and issuing glowing research reports on its clients,” said Anderson in his letter.

Anderson also noted that the recent report of an “independent review” of Loop’s processes and claims made by Kemitek could be tainted because Loop “has been a client of Kemitek for years.” Hindenburg pointed out the major deficiencies in this review in its latest release on Loop.

“I fully recognize that requests from well positioned, influential Loop investors such as billionaire John Risley and Andrew Lapham, son-in-law of former Prime Minister Mulroney, can be compelling,” Anderson wrote. “Beyond Messrs. Risley and Lapham’s support, however, I would urge you to examine Loop CEO Daniel Solomita’s support from noted Canadian underworld figure Tony Papa, along with a host of convicted stock felons that helped launch Loop through its early funding.” Anderson also supplied detailed accounts of Papa’s activities.

“I would also urge you to consider the evidence — including our two published reports — showing that your constituents would likely be paying $100 million to support a technology that is quite clearly a sham with no realistic commercialization potential,” Anderson concluded.

Fitzgibbon has responded to the letter, which Anderson shared with PlasticsToday. "I have read the report that your firm issued regarding Loop Industries. The allegations contained in it are serious and the government is treating them accordingly," writes Fitzgibbon.

"The US Securities and Exchange Commission and Québec’s AMF are currently conducting investigations and no government intervention will go forward before these have been concluded. More analyses and external expertise has also been requested by the government. Those too will help shed light on the firm’s scientific claims.

"The investments made by the Government of Quebec in private projects are always subject to a strict set of scientific and financial validations," Fitzgibbon concluded.