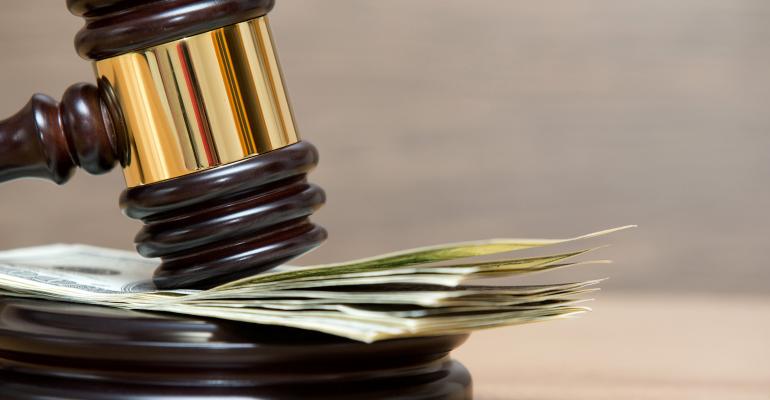 On the day that Hindenburg Research released its report accusing Loop Industries of fraud, a class action lawsuit was filed against the advanced recycling technology company.

Montreal-based Loop Industries Inc. has been making headlines over the past three years for its PET recycling technology, but according to a report, headlines are the only thing it’s been making. Now, backlash from investors has started. Based on the Oct. 13 release of the in-depth research report on Loop’s activities by Hindenburg Research, investor Olivier Tremblay (Plaintiff) has filed a class action lawsuit “on behalf of all others” who purchased or otherwise acquired Loop securities between Sept. 24, 2018, and Oct. 12, 2020.

The 31-page suit — Plaintiff pursues claims against the Defendants under the Securities Exchange Act of 1934 (Case 7:20-cv-08538-NSR) — outlines complaints based on the findings in the Hindenburg Research report. It states that “wrongful acts and omissions” resulted in the “precipitous decline in the market value of the Company’s securities” causing the “Plaintiff and other Class members” to suffer “significant losses and damages.”

Loop Industries is incorporated in Nevada; the company’s headquarters are in Montreal. Loop’s common stock trades on the NASDAQ exchange under the symbol “LOOP.” On Sept. 24, 2018, Loop announced its joint venture with Indorama Ventures Public Company Ltd. via a press release stating that the two companies intend to combine their technologies “to invest in multi-billion dollar sustainable PET and polyester market opportunity.” The 50/50 JV’s intent was “to manufacture and commercialize sustainable polyester resin to meet the growing global demand from beverage and consumer packaged goods (CPG) companies.”

“This partnership brings together Indorama Venture’s world-class manufacturing footprint and Loop’s proprietary science and technology to become a reliable world leader in the ‘circular’ economy for 100% sustainable and recycled PET resin and polyester fiber,” stated the class action complaint. The complaint also stated that Loop described its purported technology as follows:

“The power of [Loop’s] technology lies in its ability to divert and recover what is currently considered plastic waste from landfills, rivers, oceans, and natural areas for us as feedstock to create new, sustainable, infinitely recyclable Loop PET plastic resin and polyester fiber.

“Our Generation 1 technology process yielded polyethylene terephthalate (‘PTA’) and monoethylene glycol (‘MEG’), two common monomers of PET plastic, through depolymerization. While monomers were of excellent purity and strong yield, we continued to challenge ourselves to drive down cost and eliminate inputs. It was during this process that we realized we could eliminate water and chlorinated solvents from the purification process, reduce the number of reagents from five to two, and reduce the number of purification steps from 12 to four if we shifted from the production of PTA to the production of dimethyl terephthalate (‘DMT’), another proven monomer of PET plastic that is far simpler to purify. Since June 2018, when we transitioned to our Generation II technology and our newly built industrial pilot plant, we continue to see consistently high monomer yields, excellent purity, and improved conversion costs."

A pivitol moment for Loop Industries

“This shift, from producing the monomer PTA to the monomer DMT was a pivotal moment for Loop,” the company’s technology information continued. “The Generation II technology is more cost-effective, easier to commercialize, more economical for our customers, and requires less energy and fewer resource inputs than conventional PET production processes. We believe it to be one of the most environmentally sustainable methods for producing virgin-quality, food-grade PET plastic in the world.”

Loop also stated in its Feb. 29, 2020, fiscal year-end 2020 10-K that the company planned to continue to execute its “corporate strategy where Loop Industries focused on developing two distinct business models for the commercialization of Loop PET resin and polyester fiber to customers: 1) from our joint venture with Indorama, and 2) from our Infinite Loop Greenfield facilities. We continue to develop the engineering of the Infinite Loop platform and we have increased our focus on the development of Infinite Loop projects in Europe and in North America.”

In addition to the extensive information in Loop’s fiscal year-end 10-K, the complaint next offers the Hindenburg Research report as further proof of the validity of the plaintiff’s action. The Hindenburg report revealed to the plaintiff and the class the “dysfunctional dynamics at play within” Loop, including two labs and the “miracle results and successes that were being produced at Loop” that came from one of the labs” that was “secret.”

In the section of the complaint titled Applicability of Presumption of Reliance (Fraud-on-the-Market Doctrine), the complaint states: “The market for Loop’s securities was open, well-developed, and efficient at all relevant times. As a result of the materially false and/or misleading statements and/or failures to disclose, Loop’s securities traded at artificially inflated prices during the Class Period. On September 23, 2019, the Company’s share prices closed at a Class Period high of $17.98 per share. Plaintiff and other members of the Class purchased or otherwise acquired the Company’s securities relying upon the integrity of the market price of Loop’s securities and market information relating to Loop, and have been damaged thereby.”

The plaintiff is seeking for “relief and judgment” for the class by “awarding compensatory damages . . . against all defendants, jointly and severally, for all damages sustained as a result of Defendants’ wrongdoing, in an amount to be proven at trial, including interest thereon; [a]warding Plaintiff and the Class their reasonable costs and expenses incurred in this action, including counsel fees and expert fees; and [s]uch other and further relief as the Court may deem just and proper.”