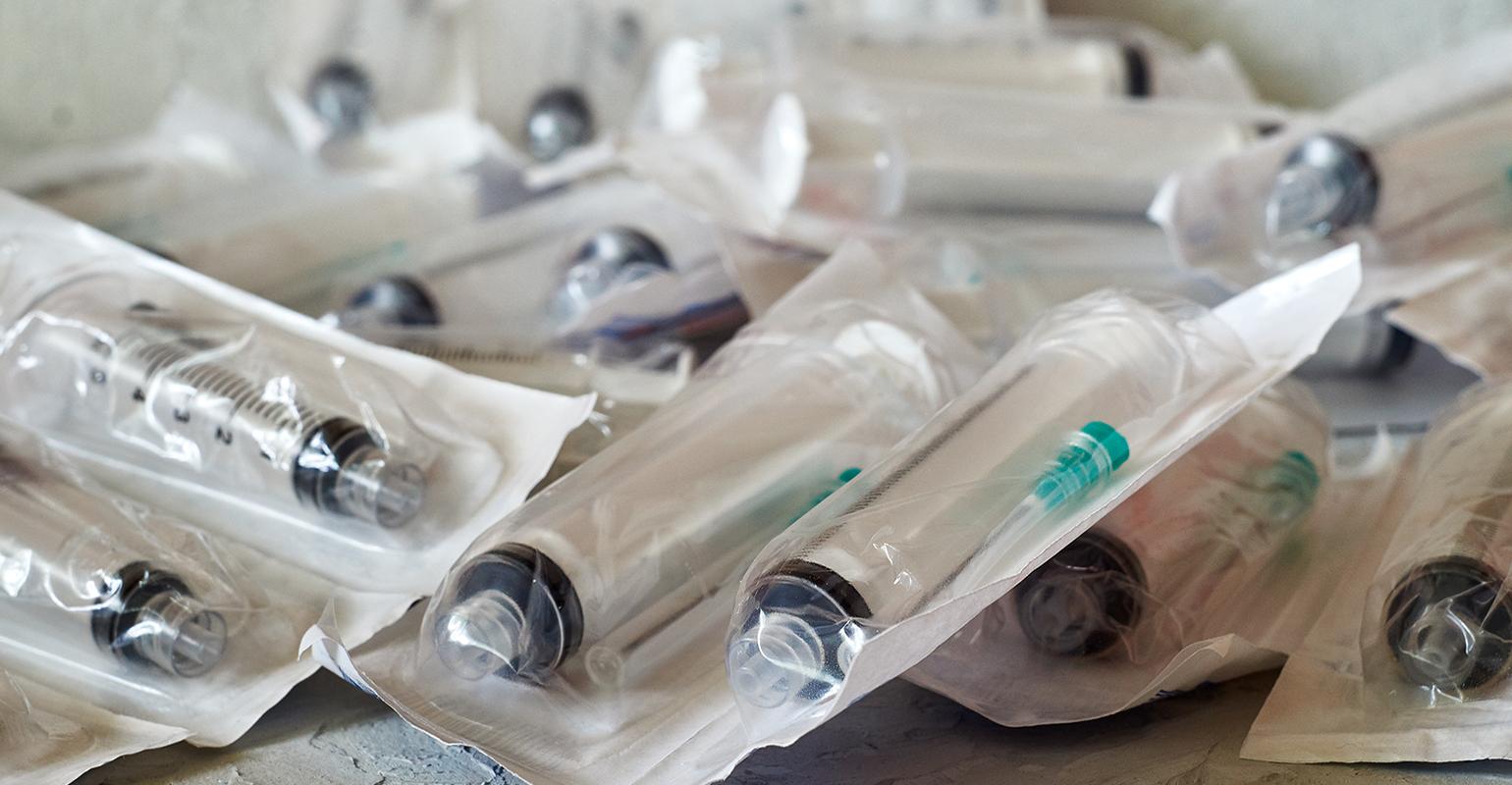 By using a series of solvent washes guided by thermodynamic calculations of polymer solubility, University of Wisconsin-Madison researchers were able to recover polyethylene, ethylene vinyl alcohol, and polyethylene terephthalate from a multilayer plastic.

Multilayer plastic materials have found their way into thousands of applications in food and medical packaging. They keep out light, oxygen, and moisture, preventing sterile syringes from fouling and lengthening the shelf life of food. According to a news release from the University of Wisconsin-Madison (UW-Madison), about 100 million tons of multilayer thermoplastics — each composed of as many as 12 layers of varying polymers — are produced globally each year. Because there is no way to separate the polymers, almost all of that plastic ends up in landfills or incinerators. UW-Madison engineers have pioneered a method for reclaiming the polymers in these materials by means of solvents. The technique is called Solvent-Targeted Recovery and Precipitation (STRAP) processing, and a proof-of-concept has been published in the Nov. 20, 2020, journal, Science Advances.

By using a series of solvent washes guided by thermodynamic calculations of polymer solubility, UW-Madison professors of chemical and biological engineering George Huber and Reid Van Lehn and their students used the STRAP process to separate polymers in a commercial plastic composed of polyethylene, ethylene vinyl alcohol, and polyethylene terephthalate. The separated polymers appear chemically similar to those used to make the original film, according to the researchers.

The team now hopes to use the recovered polymers to create new plastic materials and demonstrate that the process can help close the recycling loop. In particular, it could allow multilayer-plastics manufacturers to recover the 40% of plastic waste that is produced during the production and packaging processes.

As the complexity of the multilayer plastics increases, so does the difficulty of identifying solvents that can act on each polymer. That is why STRAP relies on a computational approach used by Van Lehn, called the Conductor-like Screening Model for Realistic Solvents (COSMO-RS), to guide the process. COSMO-RS is able to calculate the solubility of target polymers in solvent mixtures at varying temperatures, narrowing down the number of potential solvents. The team can then experimentally explore the candidate solvents.

“This allows us to tackle these much more complex systems, which is necessary if you’re actually going to make a dent in the recycling world,” said Van Lehn.

The project stems from UW-Madison’s expertise in catalysis. For decades, the university’s chemical and biological engineering researchers have pioneered solvent-based reactions to convert biomass, such as wood or agricultural waste, into useful chemicals or fuel precursors. Much of that expertise translates into solvent-based polymer recycling, as well.

The team is continuing its research on STRAP processing through the newly established Multi-University Center on Chemical Upcycling of Waste Plastics, directed by Huber. Huber also sits on the board of directors of a company he co-founded with David Sudolsky, Anellotech, where Sudolsky serves as president and CEO. Anellotech’s value proposition is to take PE and PP and make it into PET to help brand owners meet their recycled PET content.

For Activists, No Good Deed from Plastics Industry Can Go Unpunished
Jan 05, 2021