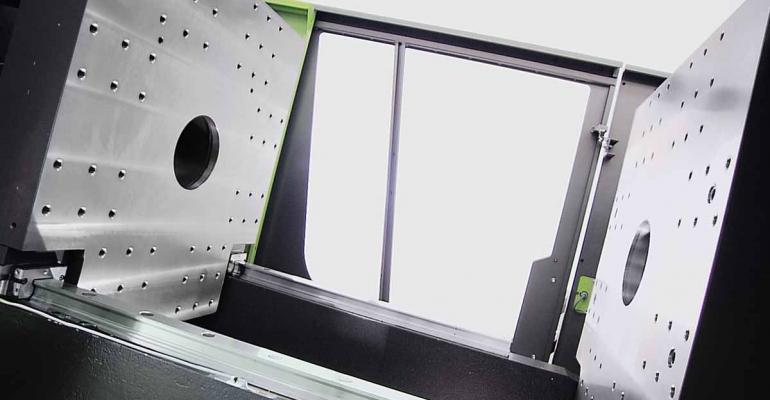 Twenty-five years ago, Engel decided to boldly go where no man had gone before. Going against the received wisdom of the time, the company developed a revolutionary, tie-bar-less design for its newest machines, which the company unveiled at the 1989 K Show in Düsseldorf. Although the logic of the new technology was clear to all, skepticism reigned.

Twenty-five years ago, Engel decided to boldly go where no man had gone before. Going against the received wisdom of the time, the company developed a revolutionary, tie-bar-less design for its newest machines, which the company unveiled at the 1989 K Show in Düsseldorf. Although the logic of the new technology was clear to all, skepticism reigned. After all, everybody knew that the clamping unit of an injection molding machine had four tie-bars: that was the way it had been since time immemorial - or at least since the first injection press was built in 1956 - and the way people wanted it to stay. 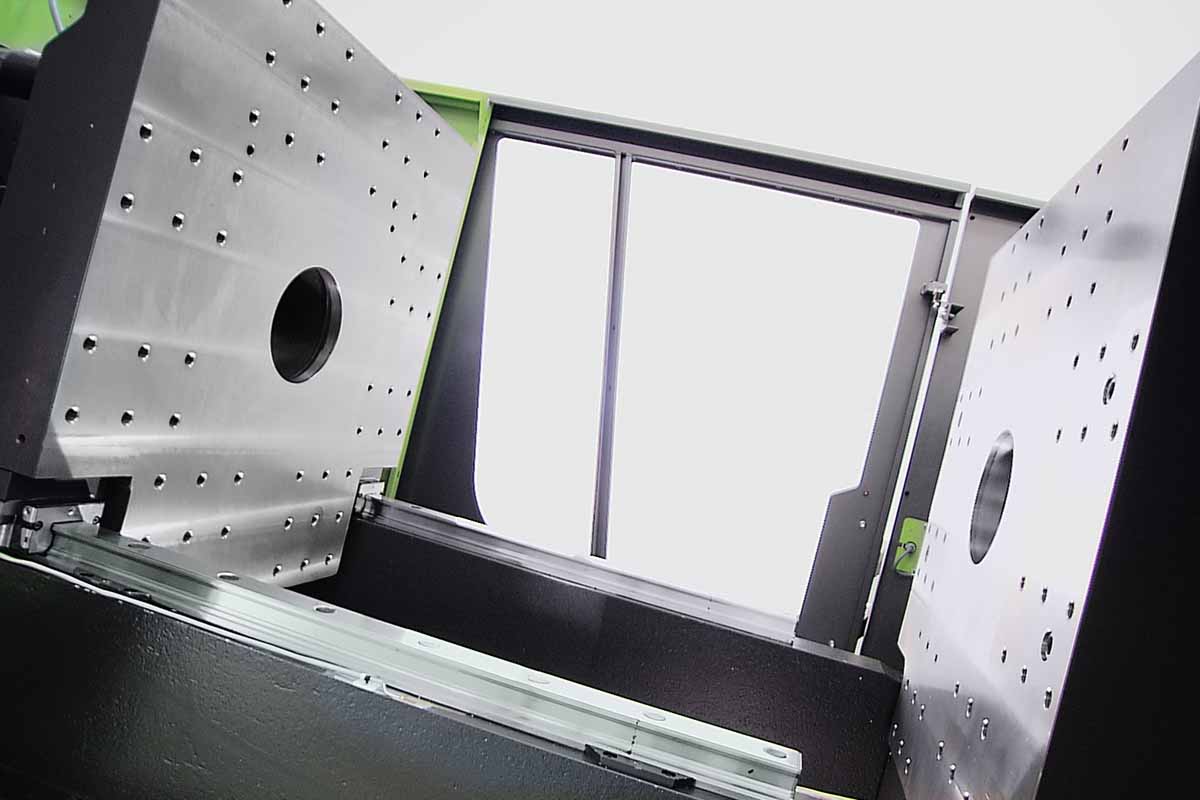 Or maybe not. Twenty-five years on, tie-bar-less injection molding machines represent one of Engel's biggest revenue sources. Underlining the outstanding success of the new design principle, more than 60,000 tie-bar-less machines have been delivered around the world. Machines that offer large platen faces and free access to the mold area meet the need for high efficiency and cost-effectiveness in injection molding production more closely than any other design.

Machines with no tie-bars offer particular benefits in the production of large components with complex, three-dimensional structures as well as multi-component applications; they are also advantageous in the case of multi-cavity molds. "Because of the pressure of costs in many sectors, the number of cavities is rising and molds are getting bigger. Compared to mold size, though, the actual clamping force requirement has remained relatively low in the production of technical parts," underlines Franz Pressl, product manager for tie-bar-less Engel victory injection molding machines. "Tie-bar-less technology has enabled us to turn the tide of spiraling costs and make plastics processing firms more competitive by installing smaller machines. Even in its 25th year, tie-bar-less technology has its finger on the pulse."

Engel is celebrating this 25th anniversary in style, with a special presentation in the East Foyer at Fakuma 2014, which is being staged in Friedrichshafen, Germany from October 14-18.

An Engel victory 330/80 tech injection molding machine fitted with energy efficient ecodrive drive technology and the new CC300 control unit will produce fittings for drainage systems - an application designed to showcase the advantages of tie-bar-less technology to best effect. Although the mold provided by ifw-Kunststofftechnik (Micheldorf, Austria) is unwieldy with its large core-pulls, it can still be mounted on the 80-ton machine with relative ease. "When you used a traditional machine with tie-bars, a large machine with minimum clamping force of 150 tons would be needed to fit the bulky mold. You would also need to remove a tie-bar or disassemble the core-pulls to set up the mold, which took a lot of time," says Pressl. With no tie-bars to interfere with the mold in the Engel victory, mold mounting platens can be used up to their edges and very large molds can be mounted on relatively small injection molding machines, enhancing efficiency, as, says Pressl: "Smaller machines require less energy, and most importantly take up less space."

In addition, the new tie-bar-less, all-electric Engel e-motion 50 TL will be making its world premiere in Friedrichshafen. Other innovations on show at the Engel stands (Hall A5, stand A5-5204) will include double technology integration and the Engel e-flomo closed loop temperature-control water distribution system.