Is algae plastic the next big thing in packaging? 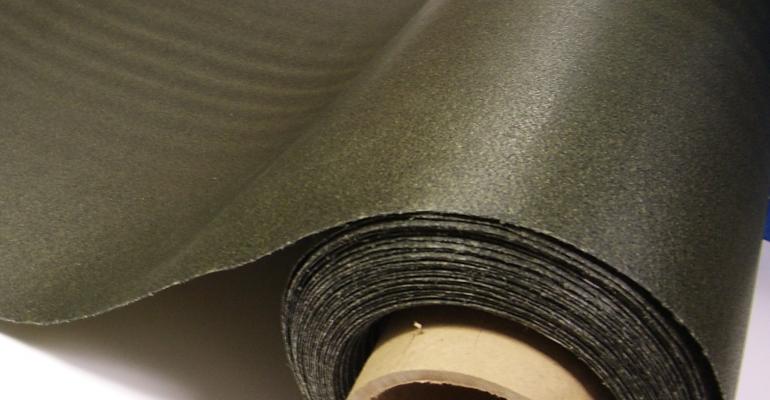 Last year, Dordan Manufacturing showcased the "first-ever" thermoformed sample of Algix's algae plastic at Pack Expo 2012. A year has gone by and, as another Pack Expo rolls around, Dordan and Aglix have announced advancements on this project.

Chandler Slavin, sustainability coordinator and marketing manager at Dordan, told PlasticsToday that the algae essentially acts as a polymer extender that binds to the base resin, whether PLA or PP, and reduces the amount of resin needed for the same application.

"This technology has the potential to fundamentally change the aquaculture waste management industry while providing the plastics industry and its supply chain partners with a new bio-based material that performs akin to the base resin to which it is bound," she said.

Dordan's relationship with Algix goes back to 2011 when the companies collaborated on thermoforming the first sample of algae plastic, subsequently displayed at Pack Expo 2012 in Chicago; the sample consisted of 20% algae, 80% PP.

Since then, Algix has been proactive in working to alleviate some of the barriers to algae cultivation, drying, grinding, and converting, as the company works to establish an economically sustainable model for this technology on a commercial scale.

One big issue with the first generation of thermoformed algae plastic was that, well, it looked and smelled like algae.

Ryan Hunt, chief technical officer for Algix, has worked to remove odor from the material and experimenting with colors.

This time at Pack Expo 2013 the companies will display thermoformed samples of Algix's colored algae plastic.

Slavin said the significance of color in discussions of the value of algae plastic rests solely on the rhetoric of the marketability of the material. Instead of looking and smelling like algae, as in the case with the first generation material, it looks and smells like plastic.

"Moreover, the ability to remove odor and enhance performance while simultaneously offering a variety of colors demonstrates the advances in material science to the consumer, validating the importance of plastics and sustainability in today's market," she said. "It's a unique story that will resonate with today's sustainability minded consumers, and it's cool."

Hunt said that this generation of algae plastic incorporates an additive package that enhances plastic material strength and reduces odor, and it is made with micronized algae biomass, which enhances "dispersion and process-ability."

In other words, through trial and error, Algix discovered that when "mixing" algae with plastic, the algae didn't disperse consistently throughout the base resin; consequently, the material could not be processed consistently. This generation of algae plastic includes processing aids that allow the algae and base resin to blend together more predictably.

In addition, this generation of algae plastic uses algae that has been milled down to a fine powder, allowing processors to control and maintain the particle size throughout production. Taken together - the lubricant additive and micronized algae - allow for a more consistent algae plastic material, suitable for conversion via an array of plastics processing technologies.

Dordan had already demonstrated that the algae plastic can be thermoformed. Hunt said that it's also been converted via: injection molding and extrusion, including cast and blown film.

While on Algix's end, the algae plastic is ready to move into commercial production, there are still obstacles that exist for Dordan's clients interested in selecting algae plastic for their next packaging project.

"Since the technology for synthesizing plastic from aquatic biomass is so new, the pricing is constructed around a 1-5 year projection; consequently, it is somewhat difficult to quantify to brand owners the value of thermoforming parts from algae when our plastic suppliers are not even offering algae plastic in their materials library," Slavin said. "Like any new material entering the market, the economies of scale must be established in order to generate the supply/demand equilibrium necessary to allow for competitive market penetration."