All about the package: companies discuss packaging designs at conference

Las Vegas, NV - Sometimes, it's what's on the outside that counts. "Packaging is the number one medium to communicate the brand," said Michael Okoroafor, VP global packaging at H.J. Heinz. At The Packaging Conference (Feb. 6-8; Aria City Center; Las Vegas), packaging was the star of the show as several speakers talked about its importance to an overall brand.

Las Vegas, NV - Sometimes, it's what's on the outside that counts.

"Packaging is the number one medium to communicate the brand," said Michael Okoroafor, VP global packaging at H.J. Heinz.

At The Packaging Conference (Feb. 6-8; Aria City Center; Las Vegas), packaging was the star of the show as several speakers talked about its importance to an overall brand.

It's no secret that supermarket shelves are cluttered with an endless array of choices. As a result, many of the world's biggest brands continue to search for ways to make its product distinct by using various packaging designs and materials.

"In order to stand out on the shelf counter, you have to ask what does the consumer want, and translate the consumer needs into the packaging," said Yui Shi, world wide director of early research at Colgate-Palmolive Co.

When it comes to selling a product like ketchup, there is only so much a company can do to keep the product new and innovative. So, Heinz decided an update was not needed to its product, but rather to the packaging.

Last year, the company launched its "Dip and Squeeze" packets to several of its fast food chain customers.

The Dip and Squeeze ketchup serves as both a dipping tray and a squeeze package, and can hold three times the ketchup as traditional packets. The red, bottle-shaped packets can either be squeezed through one end or the lid can be peeled back for dipping.

Okoroafor said the package is such a success that Heinz now offers it in a 10-pack sold at Wal-Mart, Target, and Safeway.

"We were able to leverage the platform into new channels, and new channels is how you drive growth," he said.

It seems PepsiCo spends a lot of time thinking about packaging.

Denise Lefebvre, VP global beverage packaging with PepsiCo, said the package is not only a vessel, but serves as a communicator, persuader, ambassador, and defender.

"Every new package you touch should be better than it was yesterday," she said. "When someone touches the package, it is a great opportunity to connect with the consumer."

Take for example, Pepsi's Gatorade G Series, which was launched in February 2010 as a rebrand of the Gatorade product portfolio. The line of products claims it fuels athletes before, during, and after practice, training or competition. All the products, whether it is the pouch or the G Series PET bottles, uses the packaging to describe the benefit of the product.

According to recent reports, the G Series is performing well, and is gaining dollar sales despite being priced higher than competing drinks.

Ecologic Brands takes the less is more approach with packaging. 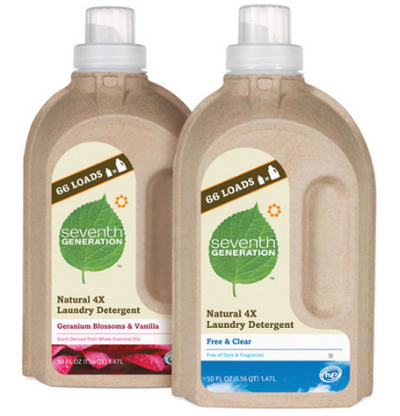 Ecologic designs and manufactures bottles made with recyclable material and states it uses minimal plastics. Ecologic Brands Chief Innovation and Packaging Officer Glenn May said the outside of the containers, which is produced with recycled cardboard and old newspapers, clearly communicates it is a more sustainable choice.

"The cardboard color is a green badge of sorts, it doesn't take a lot to show it is sustainable," he said.

Whether companies want its packaging to catch the eye through bold colors and graphics, repurpose its products, or just prefer a more neutral approach, packaging will remain the driving force in communicating the brand's message, which may mean more customers will ask manufacturers to think of new ways to package its product.

"Customers don't want their package to look like others," said Laurel Spencer, VP of Marketing, Diversified Products for Amcor Rigid Plastics. "They want to make sure their packaging can differentiate in the marketplace."