Plastics have long played a role in fire arms, seeing use in everything from stocks to handgun frames but now they're looking to get inside the barrel with polymer-based cartridge casings.

Plastics have long played a role in fire arms, seeing use in everything from stocks to handgun frames but now they're looking to get inside the barrel with polymer-based cartridge casings. Earlier this year PCP Ammunition (Winter Park, FL) launched a line of lightweight polymer-cased ammunition, creating rounds that reportedly offer comparable performance to brass cartridges with weight savings of more than 50% for the case and 25%-30% of loaded brass ammunition. 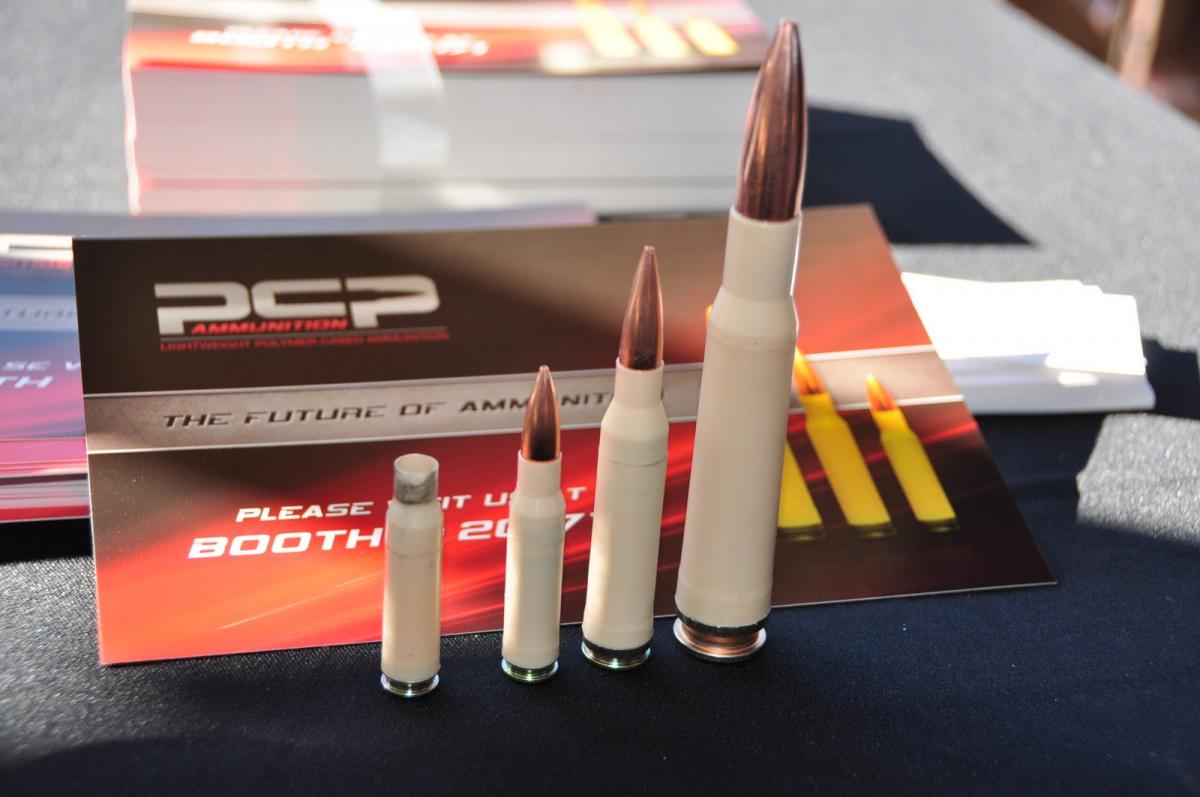 The creators also claim the new casings solve many of the issues that affected previous attempts at polymer-based cartridges through new patented designs and material selection. PCP says the cartridges can be loaded using standard loading equipment with a wide range of bullets for ground and air tactical units. There are currently five calibers available ranging all the way up to .50 cal.

The ammunition satisfies Sporting Arms and Ammunition Manufacturers' Institute (SAAMI) specifications, while reportedly matching or exceeding brass ammunition's performance characteristics. On its website, the company said it's currently ramping up production to meet anticipated demand while establishing supplier/dealer relationships. "This technology has the potential to revolutionize small arms ammunition. We are excited to work with the U.S. Military and reach out to the Sportsman Community to introduce our new products."

Others have attempted plastics casings before, with mixed results. Amtech Inc., which became NATEC Inc. (Plattsburgh, NY) came to the market in 2006 with a patented, high pressure, polymer-cased ammunition (PCA). That company, and its president and CEO, Nabil Husseini, enlisted the help of DuPont to create cartridges that could withstand the high pressures and temperatures associated with rifle ammunition. NATEC's intellectual property cited patents from the '70s, '50s and even a 1926 one from DuPont (that company's history with ammunition goes back to 1802 when it began making gun powder in Wilmington, DE). The military has been interested in the technology going back to the 1960s, hoping to lighten the load, literally, for its ground forces.

According to the March 2006 issue of The Small Arms Review, NATEC's PCA-Spectrum ammunition, which was 34% lighter than standard brass-cased ammunition, was created via insert injection molding where the projectile was molded into the casing for a self sealing cartridge.