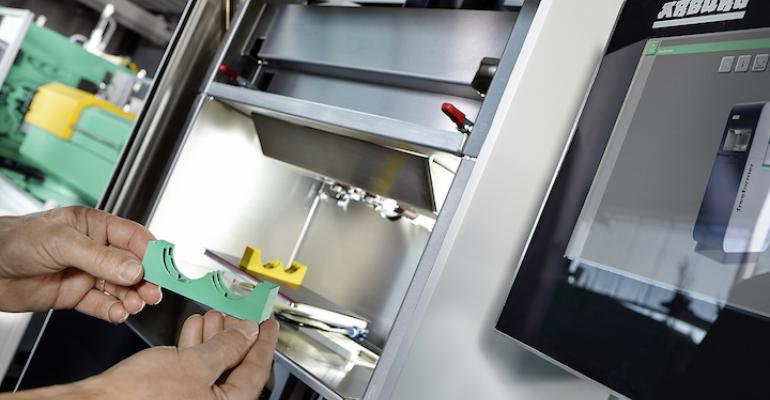 Arburg GmbH (Lossburg, Germany) will showcase some of its signature equipment at PLASTEC West, which returns to Anaheim, CA, from February 9 to 11, 2016.

Arburg GmbH (Lossburg, Germany) will showcase some of its signature equipment at PLASTEC West, which returns to Anaheim, CA, from February 9 to 11, 2016. Exhibiting at booth 3965 in hall 3, Arburg will demonstrate the industrial additive manufacturing of one-off parts using its Freeformer system along with the mass production of flexible magnifying glasses in transparent liquid silicone rubber (LSR) on an Allrounder injection molding machine. 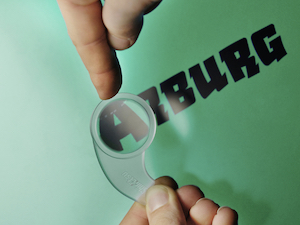 The LSR-based magnifying glasses will be molded on an electric Allrounder 470 A with 1,000 kN of clamping force and a 290-sized injection unit. The machine from the high-performance Alldrive series manufactures four flexible LSR magnifying glasses in a cycle time of around 65 seconds, claims Arburg. The highly transparent material has a hardness of 70 Shore A, says the company, and the system uses a four-cavity mold from Shin Etsu with cold runner technology and an ejector system. The magnifying glasses, which weigh 8.4 grams, are positioned in the mold and gripped by a Multilift Select robotic system.

Arburg said that the company has been developing injection molding solutions specially adapted to the processing of LSR for more than 35 years. Special machine technology with an injection unit with liquid temperature control is used to process a range of conventional LSR types. This is because unlike conventional thermoplastics, LSR materials need a combination of a cold cylinder module, so that the reactive material mixture does not undergo premature cross-linking, and a hot mold, Arburg explained.


Arburg will demonstrate additive manufacturing of functional parts on the basis of 3D CAD data using its Freeformer. The system processes inexpensive, qualified standard granulates and is equipped with two standard stationary discharge units. This enables the Freeformer to process an additional component, for example, in order to manufacture a part in different colors, with special tactile qualities or in a hard/soft combination. Alternatively, it can be used to build structures from a water-soluble support material, enabling the fabrication of complex part geometries.

The Freeformer can quickly manufacture prototypes and design samples for functional and assembly tests in the original material. This means that expensive aluminum molds are not needed and new product development can be accelerated. It is also possible to manufacture functional components and spare parts on short notice in small batches or, when combined with injection molding, to individualize mass-produced parts.