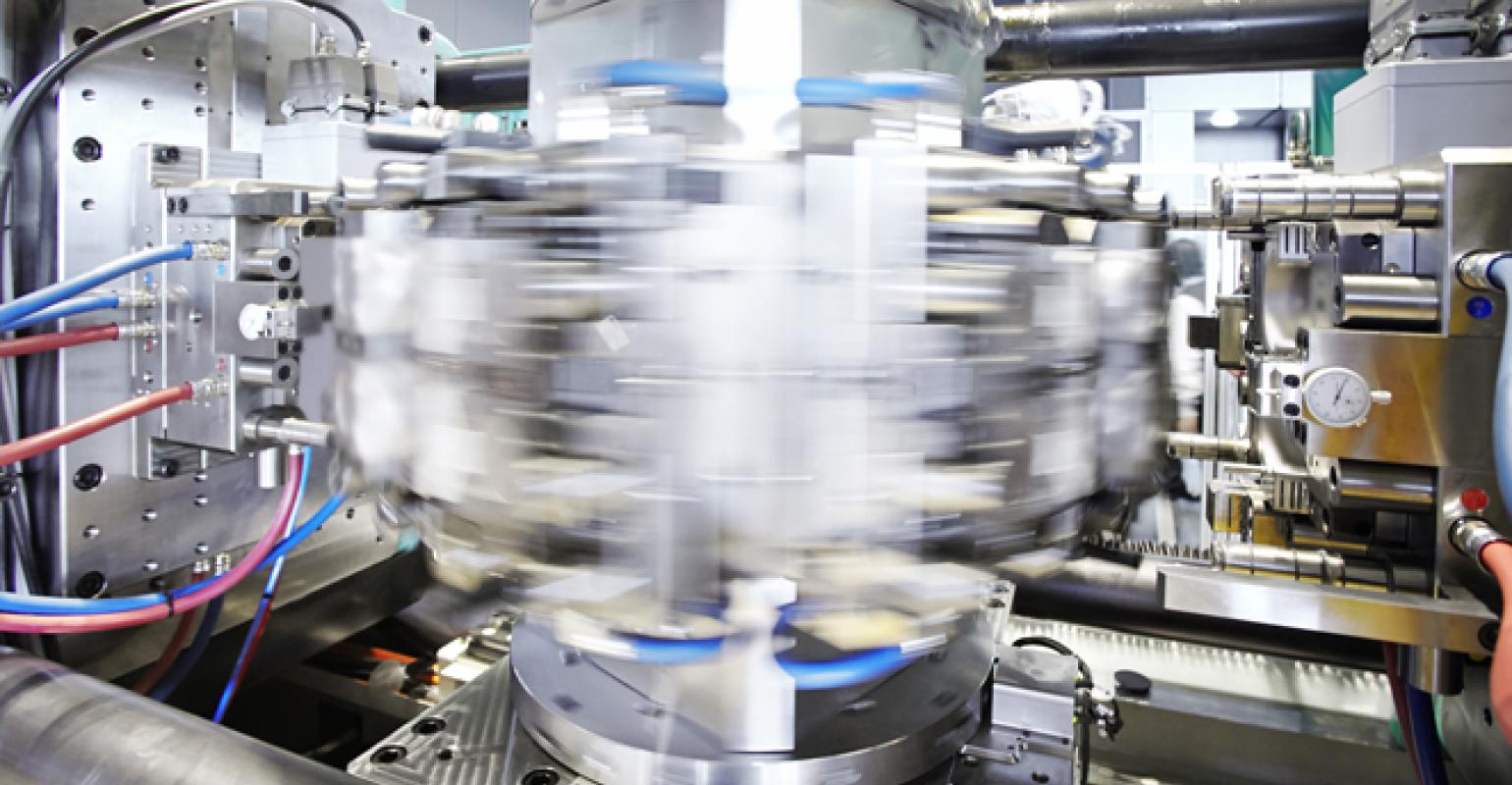 Arburg shows off packaging solutions at this year's Technology Days

Among the exhibits on view in the Packaging Technology area at the Arburg Technology Days 2015 at the company's headquarters in Lossburg, Germany, were thin-walled parts, screw caps, flip-top and multi-component closures, all of which were being molded on the various packaging versions offered by Arburg to meet the notoriously stringent demands of the packaging industry.

Among the exhibits on view in the Packaging Technology area at the Arburg Technology Days 2015 at the company's headquarters in Lossburg, Germany, were thin-walled parts, screw caps, flip-top and multi-component closures, all of which were being molded on the various packaging versions offered by Arburg to meet the notoriously stringent demands of the packaging industry. 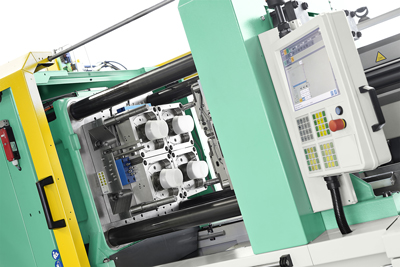 During the Technology Days, a "Packaging" version of the hybrid Allrounder 570 H was demonstrating the cost-efficient production of thin-walled tubs. The machine, with a clamping force of 1,800 kN and a size 800 injection unit, was molding two PP tubs weighing 14.3 grams in a cycle time of around 3.9 seconds using a test mold from Kebo. This tool can be used on all Arburg packaging machines, irrespective of their size, and can be operated with two, four or six cavities. Arburg's packaging experts use this mold to carry out internal process acceptance, as well as the further development of the company's own machine technology. "We use it to test parameters," said Managing Director, Technology & Engineering, Heinz Gaub. "It is fitted with a variety of different sensors to enable us to do so."

The machine was configured with a Multilift V robotic system featuring the "dynamic mold-entry axis" option for demolding the tubs. The mold-entry axis has a speed of up to 4,000 mm/s and a maximum acceleration of 20 m/s. This feature makes it possible to reduce action and set-down times by up to 40%, significantly optimizing cycle times. Over a year, this can represent a productivity increase of more than one million injection molded parts.

Also on show was a customer application featuring a hydraulic two-component Allrounder 920 S with a clamping force of 5,000 kN and size 3200 and 1300 injection units; the system was equipped with a cube mold from Foboha. The machine was producing two-component caps for five-gallon water bottles. A total of 32 pre-molded parts and 32 finished closures were molded in a cycle time of only around 10 seconds. The parts were demolded during the ongoing injection molding process. Each injection-molded part weighed only 10.7 grams.

The cube mold rotates during production, so that all four sides can be used allowing the mold filling, cooling phase and part demolding to be carried out simultaneously. The smaller injection unit is mounted on the moving mold mounting platen. The pre-molded parts are produced from HDPE at the first station and cooled at the second after the mold has been rotated through 90 degrees by a servo-electrically driven movement. A further 90-degree rotation brings the pre-molded parts to the third station, where the LDPE component is overmolded. The finished parts are ejected from the closed mold in the fourth station.

"This kind of machine is designed to run 24 hours a day, 7 days a week for at least 5 years," said Gaub. "The process is completely automated. We deliver a cell like this to the customer and it has to work right away—and keep working. It never stops." 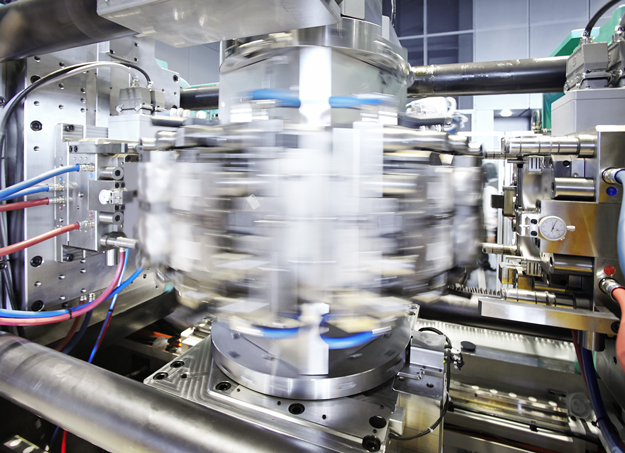 Another multi-component product was a flip-top closure that was being molded on a hydraulic Allrounder 570 S with a clamping force of 2,200 kN and size 800 and 170 injection units using a 16-cavity mold from Bergi-Plast.

"The components are made from the same material, only one is colored while the other is transparent. We first mold the bottom half, then the top, after which assembly takes place in the mold pneumatically," Gaub explained. "It's extremely sturdy—the cap won't come apart."

At the final stop in the Packaging Technology area, a hybrid Allrounder 470 H was producing screw caps for detergent bottles using an eight-cavity mold from Tim Plastik. A hydraulic core pull was used to unscrew the caps from the mold. This was an application developed together with a partner in Turkey.

These applications are all made possible by Arburg's central Selogica machine control system, which allows several injection units, robotic systems and unscrewing units to be fully integrated and managed on a centralized basis. The integrated mold functions can be flexibly programmed in the same way as additional machine axes. In the case of multi-component applications, the injection units are combined in a central sequence, enabling the operator to maintain direct control of all processing parameters.