HomeAutomationThe automation paradox: More than ever, people are your most important asset
Recent
Plastics Processing
Bioplastics News Stream
May 21, 2022
Ineos, Barnes Partner to Optimize Molding of Recycled ABS
May 20, 2022
Materials Supplier Tosaf Completes $2 Million Upgrade
May 20, 2022
TotalEnergies, Vanheede Environment Partner to Upscale Manufacture of Circular Polymers
May 20, 2022
BASF Doubles Antioxidant Capacity in Singapore
May 20, 2022
Bio-Polyolefin Market Set to Grow as Fast as Sugar Cane
May 19, 2022
This Patch Monitors All Your Vitals, Including Blood Pressure
May 19, 2022
Scientists Detect Microplastics in Human Blood
May 19, 2022

The automation paradox: More than ever, people are your most important asset 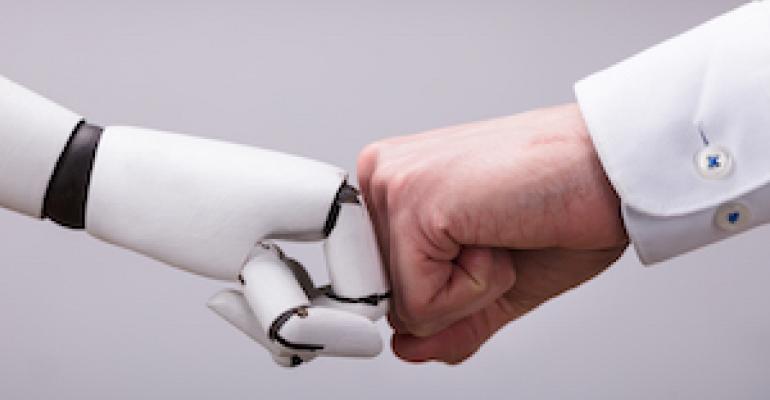 The fewer people you have on the floor to set up the machines and other things you haven't automated yet, the greater the risk that one of them will mess something up and kill your profits. Each person on the floor has a much higher value to your profit picture than before you automated. 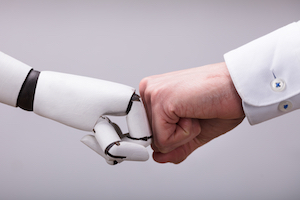 Most of my clients nowadays have automated as much as possible. Some have gone beyond the molding machine—part removal robot, conveyor belt thing—and added automated inspection systems, part counters and sequenced box positioning. The techs, literally, can walk away from the machine for hours and only have someone come back to tape up the filled boxes and refill the pod with empty ones.

Automation is a good thing. It eliminates paying operators and facilitates a 24/7 operation with a minimal amount of people. It is an excellent investment.

However, many companies still look at the crew on the floor as an expense. Management complains about the high turnover rate and the supposed “disloyalty” of its people: "I spend a lot of money training them and then a few months later they leave with this 'expert knowledge' they've learned and go work for my competition!"

There are two issues here.

First, labor reduction creates increased profits. Yup, it sure does. Your robots never call in sick, don't ask for shift premiums, happily work weekends and never take vacations. Moreover, since you're paying for this equipment by the month, the more you use it, the easier it is to pay the loan because your costs don't go up.

The problem here is the fewer people you have on the floor to set up the machines and other things you haven't automated yet, the greater the risk that one of them will mess something up and kill your profits. Thinking of it differently, each person on the floor has a much higher value to your profit picture than before you automated.

Over and over again, I go into “fully automated” molding shops where the techs have slowed down the cycle . . . to match the robot! (What?) The proper way is to optimize the process and then set up the automation equipment to match its speed. It requires your techs to completely understand the molding operation such that they don't have to periodically tweak the process every few hours.

Question: How is cooling time calculated and implemented?

Right answer: When the part reaches 80% of the heat distortion temperature.

Just for fun, ask your techs this question, listen to the answer and then continue reading.

This leads to the second issue: Training.

One of the key points in Dr. W. Edward Deming’s 14 points for total quality management is "on-the-job training." The fewer people you have on the floor, the higher their skill level should be. Yes, training costs money. Instead of being looked at as an expense, it should be seen the same way you justified automation—as an investment in improved profits.

Once it has been installed, your basic single-arm, five-axis robot for a mid-size machine works out to the cost of about three operators’ fully burdened pay in 10 months. The math is simple: 10 months after implementation, you are getting the job done without having to absorb labor costs. Now it is like a slot machine that always comes up cherries!

When Henry Ford set up his first production lines, he paid his people far more than his competition. His logic was brilliant: If you quit your job, you would take a devastating cut in pay. I know of a few companies who took this philosophy and put it into practice when they automated. They purchased equipment and brought in instructors, who not only gave folks the operating manual but also spent hands-on time training them. The trainers would come back in a year to give the old hands and new hires a refresher. The pay for the folks on the floor was a function of their expertise and how well this reflected on yields and profits. When I was training at one of these companies, the average seniority of the crew was already 10 years! Wow! They took care of the company and the company took care of them.

Conversely, I have conducted training where the execs said paying me was a waste of money. For a period of time, productivity and profits went up. Then the guys and gals I trained started to leave when the promise of raises financed through savings resulted in an average of less than one hundred dollars a month while the boss bought himself a tricked-out new Mercedes.

As you automate, keep the entire picture in mind. The fewer people you have, the more you rely on them. If anything, they are more of an asset than the equipment you purchased.

Failure to plan is planning to fail.