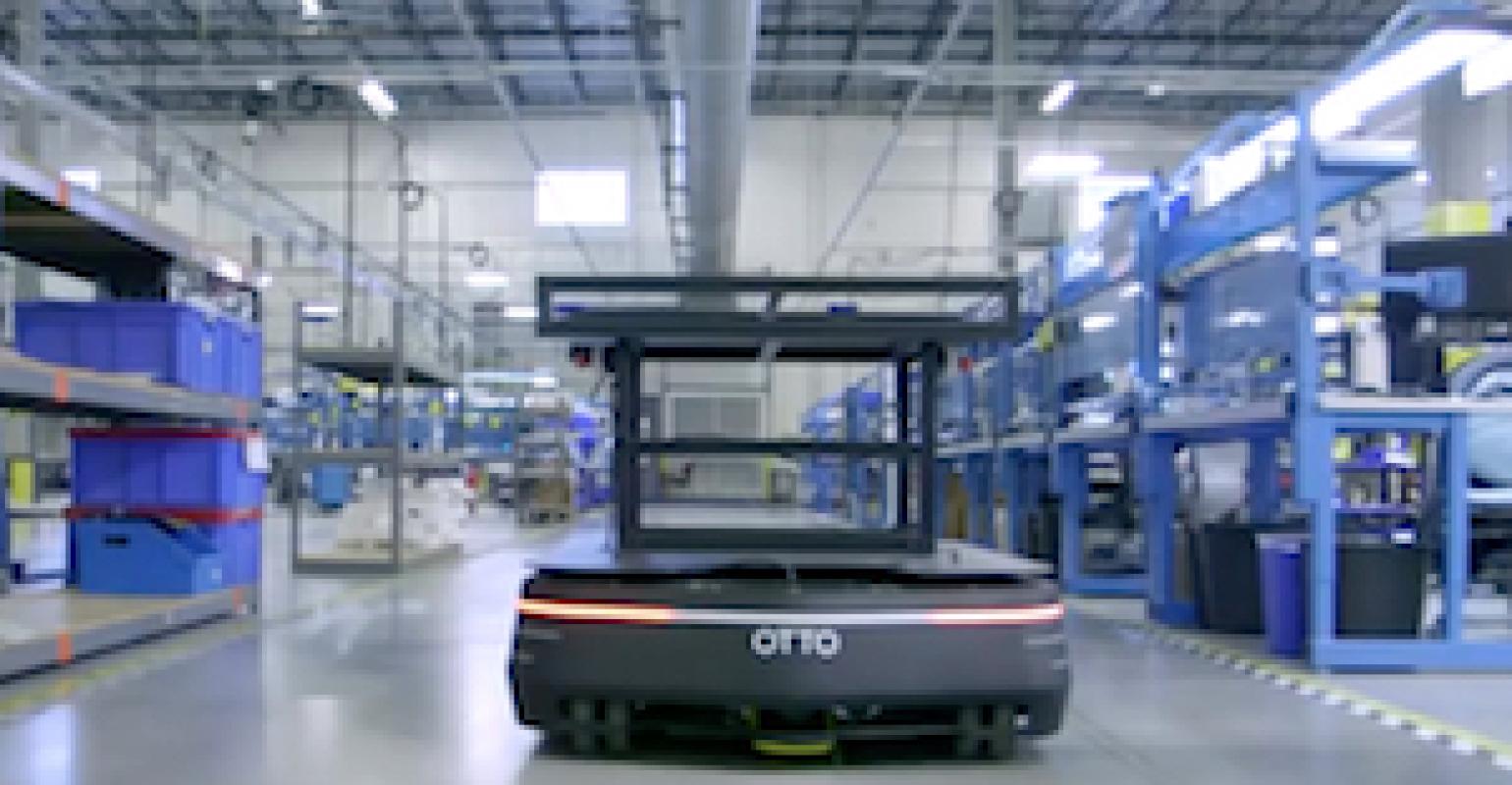 By rolling out Otto at its massive medical device repair center, GE has significantly improved the material flow process and increased productive floor space by 66%. 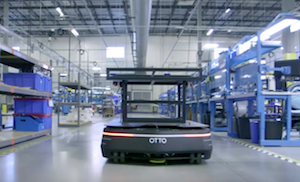 Technicians at GE Healthcare’s massive Repair Operations Center in Milwaukee, WI, handle more than 2,000 repairs of medical devices every week. Until recently, part of their job description included pushing a cart to the receiving dock to pick up the devices needing repair and, once fixed, taking them to the shipping area. GE is fixated on lean manufacturing and efficiency, neither of which are in evidence in this process. Enter Otto: A self-driving vehicle that collects and delivers parts and devices with minimal human involvement.

Otto Motors, a division of Clearpath Robotics (Kitchener, ON, Canada), has developed self-driving vehicles that combine laser-based perception and artificial intelligence to fundamentally alter material handling and transport in production and warehouse environments. At the GE Healthcare repair facility, a fleet of Otto 1500 vehicles supported by Otto M software not only has enabled the company to significantly improve material flow, but also to free up floor space.

When technicians have finished repairing a part, they call an Otto vehicle, which brings a new part to be repaired and takes the finished part to the shipping area. Because it can perform multiple tasks within the facility and doesn’t sit idle while repairs are made, there is no need to allocate space in the repair cells for carts.

“The simple act of leaving space for these push carts meant that the repair center could accommodate a limited number of repair cells in the facility, and therefore, achieve a limited throughput,” noted a case study on the Otto Motors website. Rolling out Otto at the 280,000-square-foot repair facility has enabled a reduction in the size of the repair cells and resulted in a 66% increase in productive floor space, according to Otto Motors.

Unlike automated guided vehicles, which rely on guidance devices to move along fixed paths in a controlled space, Otto is autonomous, and that’s a great feature, said Patricio Espinosa, Director of GE Healthcare Americas Repair Operations. “It isn’t tied to something in the floor, like a magnetic strip. It makes decisions on where to turn and which route is best depending on where it needs to go,” said Espinosa.

Otto also has its own battery management system, added GE Healthcare engineer Kyle Smith, which adds tremendous flexibility. “It knows the opportune time when it needs to charge and will charge as much as it can before it needs to go on another mission. You don’t have to remove it from operation and hook it up to a charger,” said Smith.

Workers are understandably wary of automation and technology displacing their jobs, but there are also many instances where they make jobs better. I’m guessing that the technicians at GE Healthcare’s Repair Operations Center are much happier letting Otto do the driving on the shop floor.

Handing Production to the Robots? It’s Getting Cheap and Easy
Jul 20, 2021