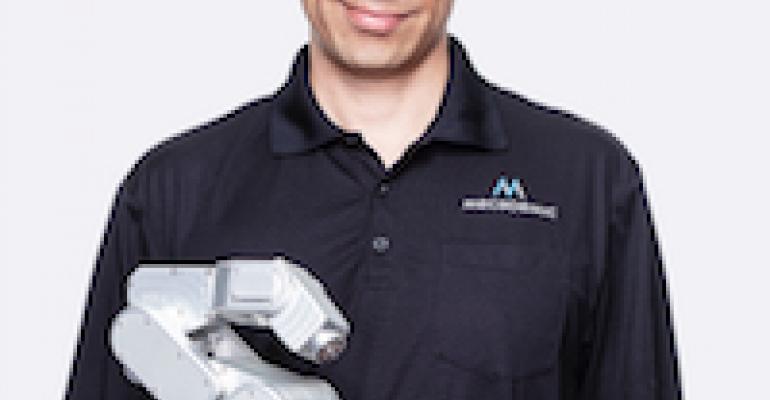 The six-axis robots with embedded controller have the smallest footprint in the industry, according to Mecademic Inc. (Montréal). 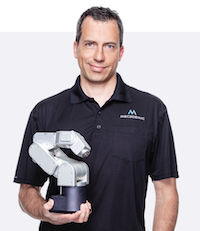 There was a substantial cohort of automation and robotics companies on the show floor of Expoplast in Montréal this week, but it was the pint-size robots of startup Mecademic Inc. that really caught my eye. The Montréal-based company claims the Meca500 has the smallest footprint of a six-axis industrial robot (when you include the controller, which is embedded in the device) on the market.

The servo-controlled Meca500 has a 0.5 kg payload and weighs only 4.5 kg. Repeatability is 0.005 mm and the reach from wrist center is 260 mm. It is suited for micro-positioning and other delicate tasks that require precision and accuracy, according to the company. Makers of mobile phones, watches and medical devices are among the customers.

Mecademic was founded in 2013 by Jonathan Coulombe (CEO) and Professor Ilian Bonev of Montréal's École de technologie supérieure (ÉTS). The Meca500 featured at Expoplast was first introduced in May 2015 and has been commercially available since July 2016. A few hundred Meca500 robots are already in operation in nearly 20 countries in North America, Europe and Asia, according to the company.

Watch it in operation in the short video below filmed at Expoplast.