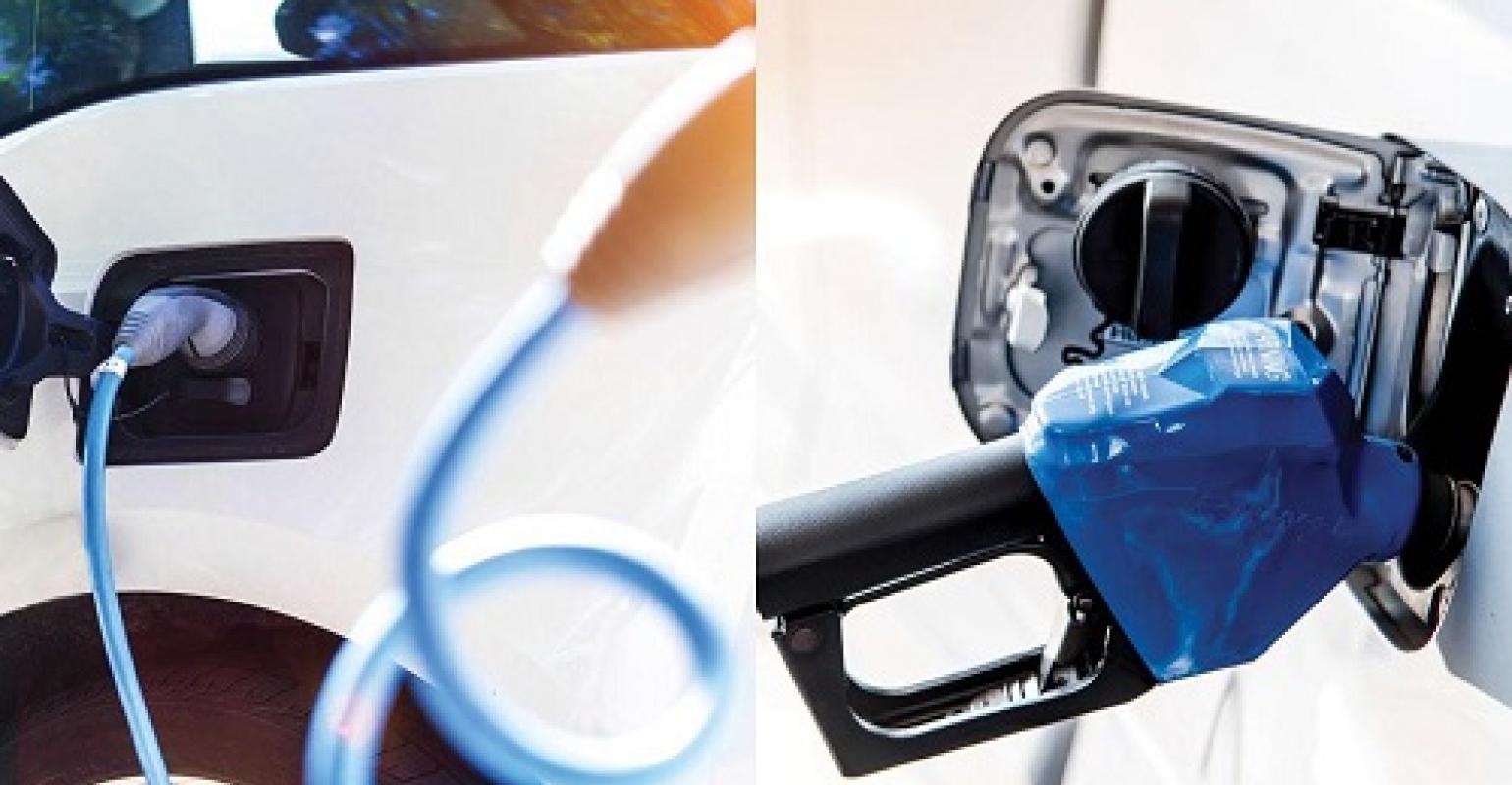 A new study of the real impact of battery electric vehicles (BEVs) compared to internal combustion engine vehicles (ICEVs), in terms of both total cost of ownership (net of public subsidies) and environmental impact, reveals no easy choice for eco-minded consumers. “Do BEVs truly offer an environmental advantage – and if so, at what cost?” questions the report author Arthur D. Little (ADL).

“Our study is unique in that the analysis is conducted from OEM, consumer and market-based perspectives enabling a true ‘apples-to-apples’ comparison between BEVs and ICEVs, including alternative transportation and battery-pack replacement for BEV owners, which are often overlooked,” adds the author.

The study analyzes the impact of new BEVs and ICEVs in the US, and projects the economic and environmental effects over the assumed 20-year lifetime of a US passenger vehicle.

ADL’s comprehensive research looked at BEVs and ICEVs manufactured in 2015 and 2025, considering both greenhouse gas emissions and the secondary environmental impact of vehicle production. While the total cost of ownership for BEVs is forecast to decrease significantly by 2025, the magnitude of this decline is not sufficient enough for BEVs to gain a cost advantage relative to ICEVs.

The environmental impact is more complex, as ADL’s study found that a BEV purchased in 2015 will produce 23% less greenhouse gas emissions than a similar ICEV, but the lifecycle of a 2015 BEV will generate approximately three times as much ‘human toxicity.’ Combined with the financial burden BEVs place on the consumer (typically 44-60% higher depending on the size of the car over 20 years), the complex environmental reality of BEVs will continue to present challenges for the sustainability-minded consumer in choosing whether to drive a BEV or an ICEV.

Commenting on the findings, John Brennan, Managing Director, Arthur D. Little US, said, “While the promise of BEVs has excited consumers and regulators alike, the fact remains that the R&D, production, in-use, and end-of-life of BEVs and their Li-ion batteries have their own set of economic and environmental challenges, in terms of both overall cost of ownership and human-health impact. Our study is a must-read for any transportation policy-maker and sustainability-minded consumer looking to understand the realities of the mainstream acceptance and use of BEVs in America’s transportation fleet.”

Tim Barder, Manager, Arthur D. Little US, stated: “Our study is unique in that the analysis is conducted from OEM, consumer and market-based perspectives enabling a true ‘apples-to-apples’ comparison between BEVs and ICEVs, including alternative transportation and battery-pack replacement for BEV owners, which are often overlooked.”

Perhaps surprisingly, once the types of pollution generated by the US power grid are taken into account (e.g, tailings from coal power plants), BEVs generate twice as much human toxicity potential for the in-use portion of a vehicle’s environmental lifecycle compared to the in-use portion of an ICEV. This toxicity potential is expressed in units of “days of life impact (death or disability).” It takes into account factors such as the manufacture of the lithium battery including replacement with a new one part-way through the vehicles useful life. For example, BEVs generated more than twice as much freshwater toxicity potential and BEVs were responsible for nearly twice as much mineral depletion, owing to the use of heavy metals in the manufacturing process for BEVs. Nonetheless, neither BEV manufacturing nor ICEV manufacturing poses a threat to the global supply of mineral resources.

All other secondary environmental measures pale in comparison with the potential impact BEVs have on human health. Because human toxicity potential is distributed differently across a vehicle’s lifetime, the decision to drive a BEV instead of an ICEV essentially shifts the damage to human life caused by car ownership, from a relatively small impact more localized to the vehicle in the case of an ICEV, to a relatively large impact localized to the mineral mine tailings in the case of a BEV. For the American driver, the decision pollution in one’s local community (or driving region) versus generating comparatively large amounts of pollution in regions where mining and manufacturing occur.

Ultimately, ADL’s assessment of secondary environmental impacts demonstrates that BEVs do achieve the goal of reducing global warming potential (GWP) by the third to fourth year of the vehicle’s life, but they do so at a cost. “The production of lithium-ion battery packs creates more damaging pollution to human life than ICEVs generate over the course of a vehicle’s lifetime,”: according to the report. “This collateral impact to human life is an important consideration to be balanced against greenhouse gas emissions in a comprehensive assessment of the relative environmental merits of BEVs and ICEVs,” it concludes.

Toxic impact of BEVs even greater in 2025

ADL also conducted some forecasting in its report to see what the situation might be like around 10 years from now. And while battery costs will come down in time, the total cost of ownership of a BEV will still be an estimated 12% higher in 2025 for a compact vehicle, and 20% greater for a mid-size passenger car.

Further, while ICEVs are expected to become more fuel efficient as the adapt to CAFE regulations,  the average BEV will still boast 23-27% superior GWP. But where the BEV will fall down again according to ADL is its human toxicity potential, or HTP. “An energy-mix less reliant on coal in 2025 will reduce the HTP for BEVs, but the use of approximately twice as large battery packs in 2025 compared to 2015 will more than offset this reduction,” according to ADL. “The net effect of these changes will cause overall HTP for BEVs to increase dramatically, from 20 days of life lost to death or disability (measured in days of life lost to death or disability) in 2015 to 30 days in 2025,” concludes the report.