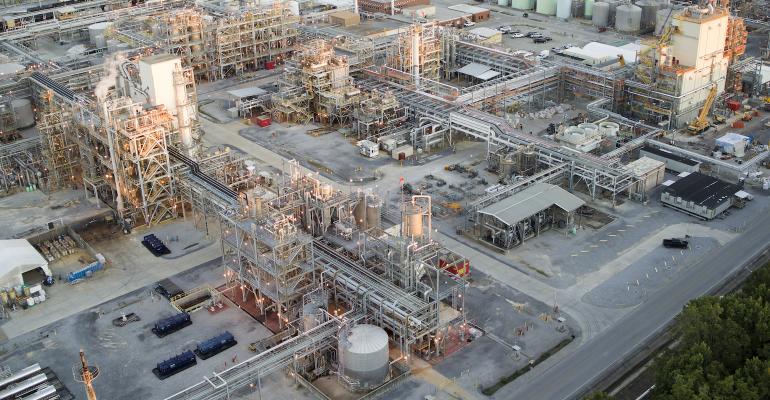 The project will add 600,000 tonnes/year capacity for the polyurethane precursor by the middle of the decade.

BASF has broken ground on the third and final phase of the methylene diphenyl diisocyanate (MDI) expansion project at its integrated site in Geismar, LA, announced in July 2022. The company will increase production capacity to approximately 600,000 tonnes/year by the middle of the decade to support ongoing growth of its North American MDI customers. BASF welcomed Clay Schexnayder, Speaker of the House for the Louisiana State Legislature, for a ceremonial “tilling-of-the soil” to officially mark the groundbreaking of the final phase of the expansion.

MDI is a key precursor for polyurethane (PU). “We are committed to continuing the success story together with our North American MDI customers,” said Stefan Doerr, Senior Vice President, Monomers, North America. “BASF is investing to support our customers in various industries with significant growth potential in MDI applications, including transportation, automotive, footwear, and furniture.”

The investment for this final expansion phase, which takes place from 2022 to 2025, amounts to $780 million. Including the first and second phases, the investment value totals around $1 billion, making the MDI expansion project BASF’s largest wholly-owned investment in North America.

Kicked off in 2018, the expansion project follows a staggered approach. First, a new MDI synthesis unit was put in operation in October 2020. The second phase, which started operations in 2021, expanded several existing upstream units. The third and final phase will add new upstream units and a splitter. Leveraging state-of-the-art technology, the expansion will showcase the highest safety standards combined with advanced digitalization in its operations, said BASF.