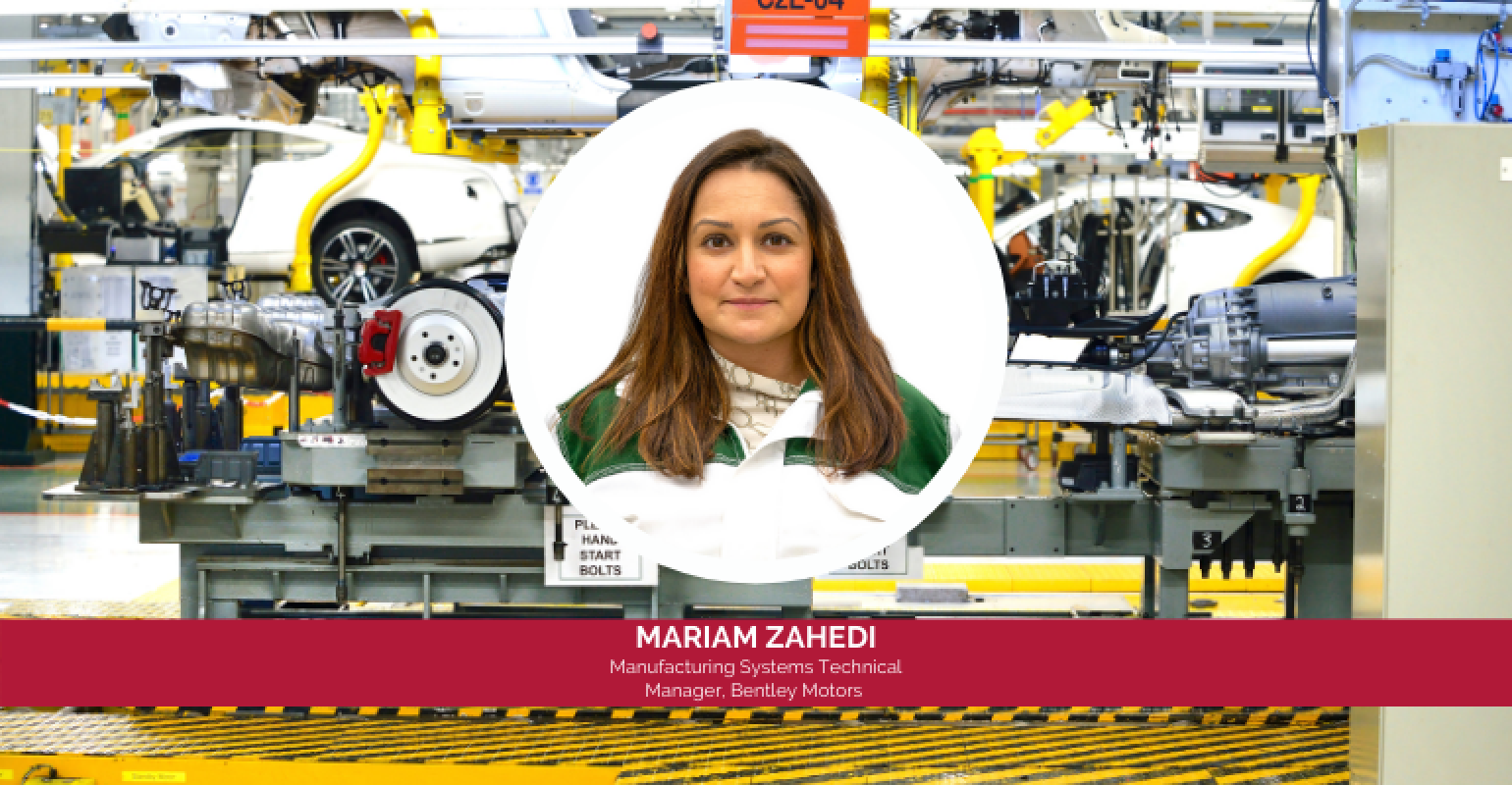 The Bentley technical manager for manufacturing systems has spearheaded efforts to illuminate colleagues to examples of unconscious gender bias in everyday interactions.

Concluding a hectic pandemic year during which she led the development of a new Microsoft SharePoint collaboration system for Bentley’s Manufacturing Systems, technical manager Mariam Zahedi has time to take a look back at the challenges she’s faced during her rise in the auto industry.

Zahedi has worked through her career to help pull other women and girls along the same path by supporting a number of STEM outreach activities since graduating from the University of Birmingham in a combined undergraduate and master’s degree program.

After graduation, she went to Maya Corp. to work on plastic injection molding manufacturing before landing a job at Jaguar Land Rover, where she worked as a quality engineer.

This work has brought Zahedi to the attention of Britain’s Automotive 30% Club. The organization is a voluntary network of managing directors and CEOs from British automotive manufacturing, retailing, and supplier companies targeting better gender balance within the automotive industry. The group’s name comes from the goal of filling at least 30 percent of key leadership positions in the member organizations with diverse women by 2030.

To aid in that goal, The Automotive 30% Club calls out women in the industry who are on that path. This year, Zahedi was one of the recipients of the club’s Inspiring Automotive Women awards based on her work mentoring other women and girls.

“Before I joined Bentley I experienced unconscious bias and gender bias,” Zahehi recalls. “It made me go into myself. It may just switch off a person’s voice because not everyone would speak up after encountering bias.”

One of Zahedi’s big efforts has been to help colleagues become aware of unconscious bias they may inadvertently convey in well-meaning communications. It is something that everyone does, she says, and people can’t consider changing if they aren’t aware of what they are doing. “If you are not aware of something you can’t fix it.” 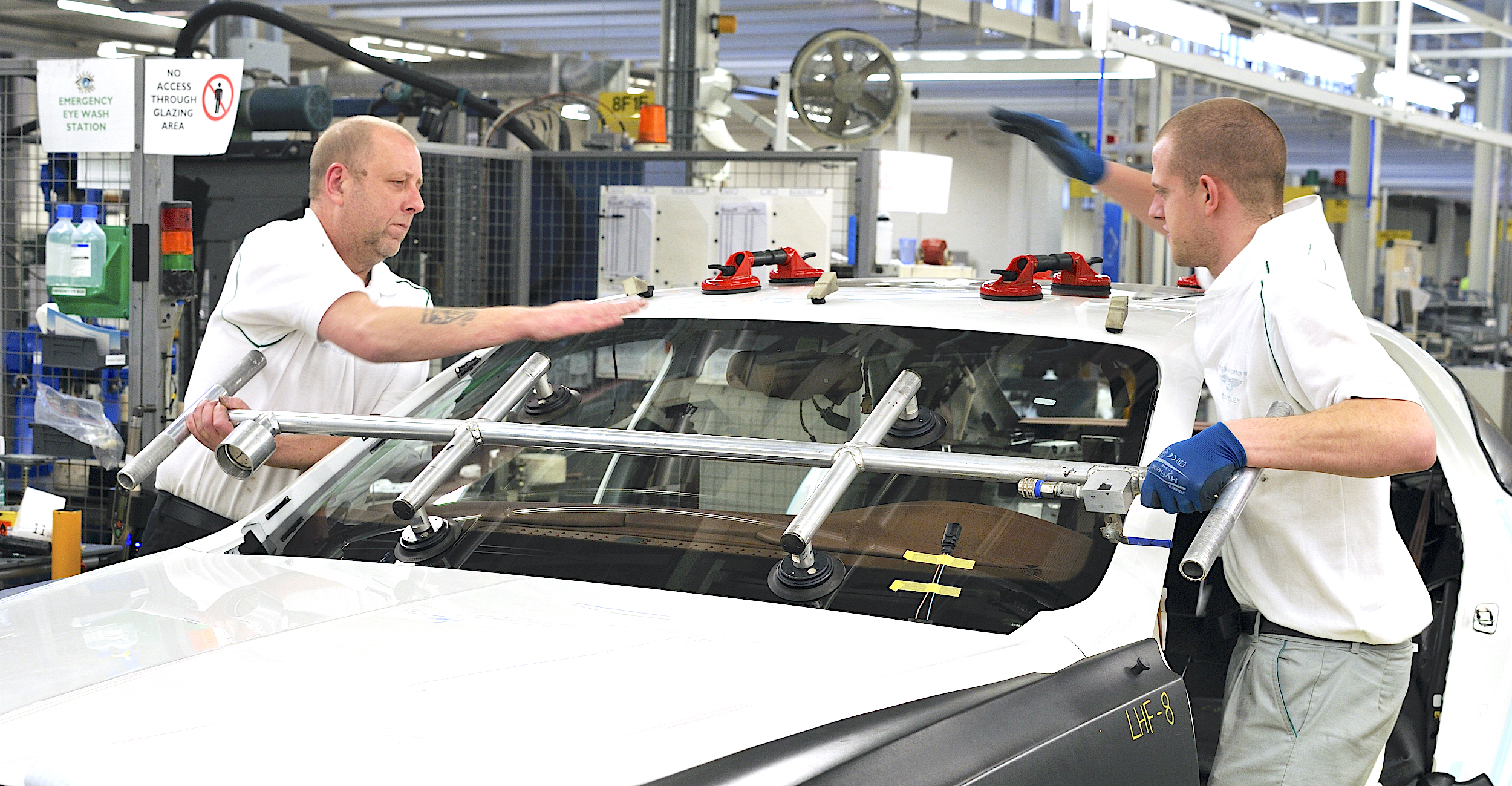 Assembly line workers install a windshield in a Bentley Mulsanne.

“I know that I’ve got biases,” Zahedi admits. “My one is making a judgment depending on how someone speaks,” she said. “I’ve done that.”

Some examples that she’s encountered are potentially even more subtle than that. For example, a group email might go out with a greeting to “Gents” even though there are one or more women included on the distribution list.

To promote understanding of the issue, Zahedi developed an awareness pack of information and examples to illuminate colleagues who unwittingly might make women uncomfortable, even if it is through the simple act of calling attention to their gender.

“One I experienced a lot previously was when someone swears in a meeting and turns to me and apologizes and brings attention to the fact that I’m the only woman in the room,” she says.
“People weren’t even aware they were doing this.”

Zahedi’s goal is to point out these situations to her co-workers. “How do we take this to the whole of Bentley so we’re having those open and honest conversations?” Zahedi asks. “There are really simple things, but the impact could be big to women at the company.”

After collecting her Inspiring Automotive Women award and delivering Jaguar Land Rover’s SharePoint system to coordinate its manufacturing planning and organization, Zahedi’s next step might even be to combine the two efforts by bringing some of her awareness pack information into the company’s SharePoint system to help disseminate and formalize her efforts against unconscious gender bias.