Build Back Better, with a Little Help from Plastics 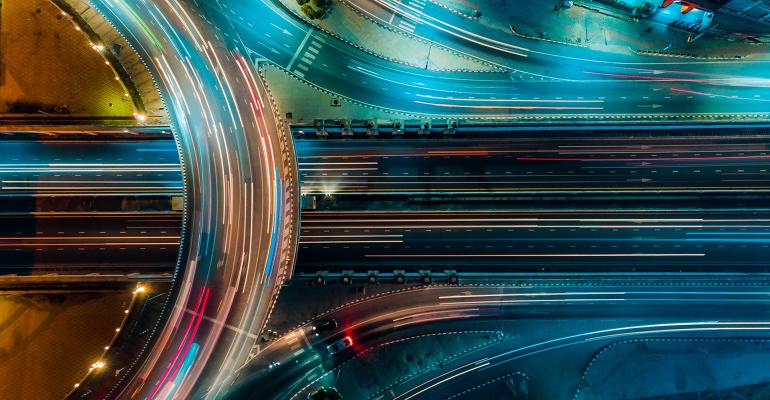 Biden’s infrastructure plan is not perfect by any means, but it’s a bold step in the right direction. The plastics industry has much to contribute.

Is $2 trillion too much or not enough to spend on infrastructure? Opinions diverge wildly, but here’s one benchmark: The American Society of Civil Engineers estimated that nearly $13 trillion is needed across 11 infrastructure areas — highways, bridges, rail, transit, drinking water, stormwater, wastewater, electricity, airports, seaports and inland waterways — in a report published in January of this year. No one will dispute that our infrastructure is a shambles, the consequence of many years of neglect. Make no mistake — President Biden’s American Jobs Plan is an epic proposal. (It also defines infrastructure in a remarkably elastic way, but that is a debate for another time.) Unlike previous administrations, which paid lip service but not much else to rebuilding our infrastructure, Biden is putting his — well, our — money where his mouth is. Without getting too deep into the weeds of the proposal, I believe that the plastics industry has an opportunity to contribute meaningfully to this massive project and to derive some benefit.

When it comes to mobility, plastics and composites punch way above their weight. Metal replacement in car interiors, chassis, and under-the-hood components has helped significantly reduce the weight of internal combustion engine vehicles and, thus, improve mileage. “Of the approximately 30,000 parts in an automobile — one-third are plastic,” notes Perc Pineda, Chief Economist at the Plastics Industry Association. “Plastic materials play a critical role in electric vehicles manufacturing.” Biden’s proposal devotes $174 billion to “win the EV market.”

Lighweighting continues to be a goal in EVs, as that can help to increase a vehicle’s range between recharges. Heat resistance is a key property for battery compartments and cooling systems. Plastics for electric vehicles is forecast to expand at a CAGR of 19.7% between 2020 and 2027, reaching a value of $4 billion in that timeframe, according to a report from ResearchandMarkets.

The Biden plan also proposes to establish grants and incentives for state and local governments and the private sector to build a national network of 500,000 EV chargers by 2030. And that is also good news for the plastics industry. As Stephen Moore reported in a recent PlasticsToday article profiling innovations at chemicals company Lanxess, there is great potential for engineering thermoplastics in the charging infrastructure for electric mobility. Requirements regarding the various components are derived primarily from the electrical and electronics (E&E) industry and the automotive industry, noted Moore, and Lanxess is among materials suppliers offering custom compounds that meet the standards and specifications of the international E&E and automotive industries and are ideal for use in charging infrastructures.

Another clean energy initiative coming from the Biden administration is an expansion of offshore wind energy. As with much of Biden’s climate message, a key focus is on creating jobs, reported NPR. It cites a study conducted last summer by research firm Wood Mackenzie, which showed that constructing offshore wind turbines in the relatively shallow waters between Long Island and the New Jersey coast “would support about 32,000 jobs from 2022 to 2030. It also found it would support about 6,000 permanent jobs.” Making the right choice in turbine production would also benefit the plastics industry.

Covestro recently announced that it has received DNV certification for a polyurethane (PU) infusion resin that allows for the cost-effective production of rotor blades. The technology will be marketed in Europe, the Americas, Middle East, and Africa. "The certification brings us one big step closer to our goal of making wind power generation more efficient," says Dirk Soontjens, who coordinates the global wind power program at Covestro. "The rotor blades are manufactured from the PU infusion resin and fiberglass meshes under vacuum in a process we developed together with our partners," explains Covestro’s Klaus Franken, who is responsible for the development of processing technologies. "Due to the high infusion speed combined with faster curing and significantly lower heat release of the PU resin compared to the commonly used epoxy resins, the productivity of rotor blade production can be significantly increased."

Biden’s plan also includes what Bloomberg Law calls a “moonshot” approach to replacing 100% of the nation’s lead [water] pipes and service lines. Funding would come from a $45 billion investment in the EPA’s Drinking Water State Revolving Fund and in Water Infrastructure Improvements for the Nation Act (WIIN) grants. Although the plan is agnostic in terms of the materials used to replace pipes, PVC-based pipes are a common and affordable replacement. “Replacing lead pipes with plastic pipes, which cost less and last longer, maximizes the use of dollars needed to fund this infrastructure proposal,” Pineda told PlasticsToday. “Moreover, it will support the estimated 610,600 (in 2020) plastic pipe, fittings, and profile shapes workers in the U.S.”

I live in the Los Angeles area, so I have some strong opinions on the state of our roadways. Biden proposes spending $115 billion on roads and bridges, according to the New York Times. It’s not a silver bullet — the state bears a great deal of responsibility for the obstacle courses that are our freeways — but it’s a good start.

As I noted in an article earlier this year, forward-thinking companies like MacRebur are repurposing plastic waste to pave roads. There are similar projects underway in various parts of the world, and for good reason: Studies suggest that roads made partly of plastic waste can last longer, are stronger, and can tolerate wide temperature swings better than conventional asphalt. What’s more, MacRebur claims that each mile of road that uses its blend removes the equivalent weight of one million plastic bottles or 2.8 million single-use plastic bags from the environment. Here at home, California was the first state to repave a highway partly with recycled plastic waste. Startup TechniSoil chemically recycles PET and uses it as a binder to hold together recycled asphalt. The technology was used to pave 1000 feet of roadway in Oroville, north of Sacramento. TechniSoil reportedly is in talks with Los Angeles and other communities in California to pave roadways using its technology. As the nation gets ready to repave that ribbon of highway, let’s think plastic.

Biden’s plan also includes many provisions designed to support domestic manufacturing overall, research and development, supply chains, and so forth that can have a positive impact on the plastics industry. Of course, someone has to pay for it—deficit spending can’t go on indefinitely—and the administration believes that raising the corporate tax rate from the current 21% to 28% is the ticket. Understandably, the business community is not on board.

All of that said, this is still only an outline and the plan will be sliced and diced for months to come as it winds its way through Congress. And there is always a possibility that it will all come to naught. But the vast majority of the country believes that the status quo is unacceptable, and there is a great deal in this proposal that deserves our support.

We agree with the statement put out last week by Plastics Industry Association President and CEO Tony Radoszewski: "Whether its usage in pavement, pipes, or electric vehicles, plastic creates jobs, protects the environment, and improves our daily lives. Additionally, we need further investment in recycling infrastructure to bring us closer to our shared goal of sustainability, but we are disappointed this was not made a priority. While we also have significant concerns with tax provisions included in the proposal, we will aggressively pursue opportunities  to work with the Biden Administration and Members of Congress to highlight the value of plastic in rebuilding our nation’s infrastructure as the plan continues to develop.”