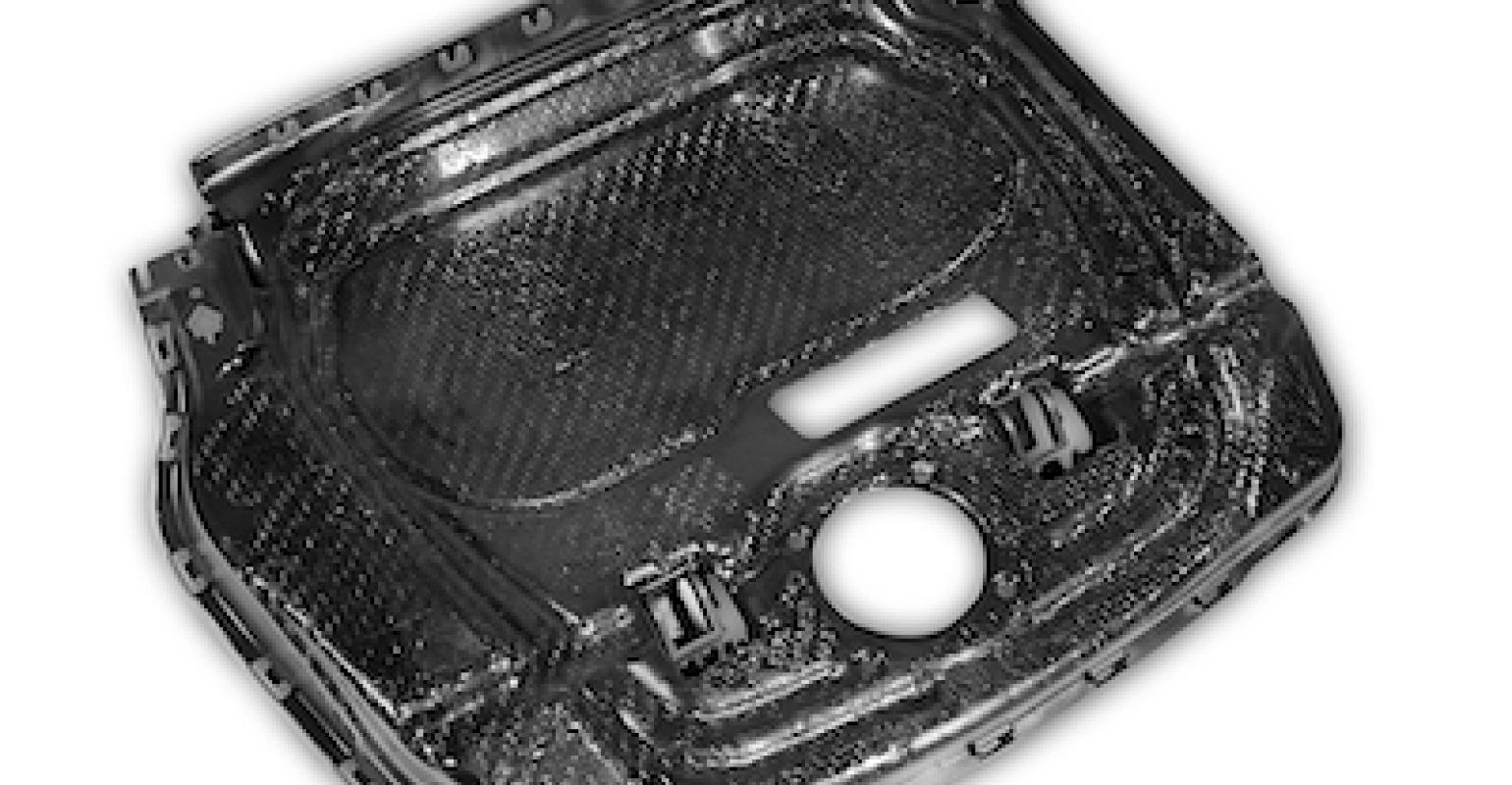 Weight saving of 45 percent compared with sheet steel; cost-effective component solution thanks to functional integration; potential for use in seat designs for autonomous driving.

Tepex continuous-fiber-reinforced composites from Lanxess are becoming established in large-scale production of various structural components for lightweight automotive design. One current example of this is the Audi A8. This sedan car is also offered with two electrically adjustable individual rear seats, the shells of which have been developed by Faurecia Automotive Seating and are manufactured using the hybrid molding process. The polyamide-6-based Tepex dynalite 102‑RG600(2)/47% is used for this purpose. The short-glass-fiber-reinforced Durethan BKV30H2.0 polyamide (PA) 6, also from Lanxess, is used as an over-molded material.

“The reason that our composite material was chosen for this structure was the fact that it is around 45 percent lighter than a comparable metal design but can also be produced cost-effectively, thanks to the high degree of functional integration. It can also withstand the high mechanical loads in a crash,” explained Henrik Plaggenborg, head of Tepex Automotive at the Lanxess High Performance Materials (HPM) business unit. The system supplier of the fully assembled rear seat system is the Automotive Seating business division at Faurecia in Stadthagen, Germany.

Up to now, comparable seats have mainly been made using metal shells screwed onto a substructure. Manufacturing the metal shells is time-consuming as they consist of numerous individual parts that have to be joined together by means of welding in several steps. “In the hybrid molding process, by contrast, a ready-to-install component is created in a single process step. The pre-contoured and heated semi-finished composite product is formed directly in the injection molding tool for this purpose, and equipped with numerous functions by means of injection molding. This simplifies subsequent assembly and leads to considerable savings in production costs,” commented Tilmann Sontag, project manager at the Tepex Automotive group of HPM. In addition to reinforced ribs, the piping groove for securing the seat cover in place as well as numerous holders and guides (e.g. for seat ventilation and cable holders) are integrated into the component. The clips to attach the seat shell are also directly injected. “The shell can be assembled easily and quickly without screws using the clips, and disassembled again for servicing purposes. The clips are highly stable and meet all relevant safety requirements,” continued Sontag.

Lanxess provided the project partners with comprehensive support in the development of the seat shells and the complete rear seat system as part of its HiAnt customer service. For example, HPM determined material data about the composite and over-molded material that Faurecia required for structural simulations in order to calculate the mechanical resilience of the safety component. In addition, several strategies for forming the semi-finished composite product precisely and reproducibly were analyzed in a draping simulation. The findings were incorporated into recommendations for designing the tools and processes. “For example, we recommended special clamping elements to secure the plasticized composite insert in the injection molding tool,” recalled Sontag.

Tepex is developed and produced by Lanxess subsidiary Bond-Laminates. Tepex dynalite is already proving its value in numerous large-scale applications of structural lightweight automotive design. For example, it is used to produce front ends, brake pedals, underbody paneling components, reinforcing structural inserts for body detachable parts as well as carriers for door and electronic modules on a large scale. Lanxess anticipates that the composite material will be used in the future to manufacture backrests and armrests as well as seat shells for new, highly complex seat systems in autonomous driving. According to Plaggenborg, “We are thinking, for example, of freely rotatable, swivelable or removable seats that not only weigh little but also meet all crash requirements and are fitted with numerous integrated functions such as seat belt, infotainment and comfort systems.” In addition, the lightweight material could be used in comfort seats for buses.