HomeAutomotive and MobilityEVs Are a Risky Bet
Recent
End Markets
Bioplastics News Stream
May 21, 2022
Ineos, Barnes Partner to Optimize Molding of Recycled ABS
May 20, 2022
Materials Supplier Tosaf Completes $2 Million Upgrade
May 20, 2022
TotalEnergies, Vanheede Environment Partner to Upscale Manufacture of Circular Polymers
May 20, 2022
BASF Doubles Antioxidant Capacity in Singapore
May 20, 2022
Bio-Polyolefin Market Set to Grow as Fast as Sugar Cane
May 19, 2022
This Patch Monitors All Your Vitals, Including Blood Pressure
May 19, 2022
Scientists Detect Microplastics in Human Blood
May 19, 2022

EVs Are a Risky Bet 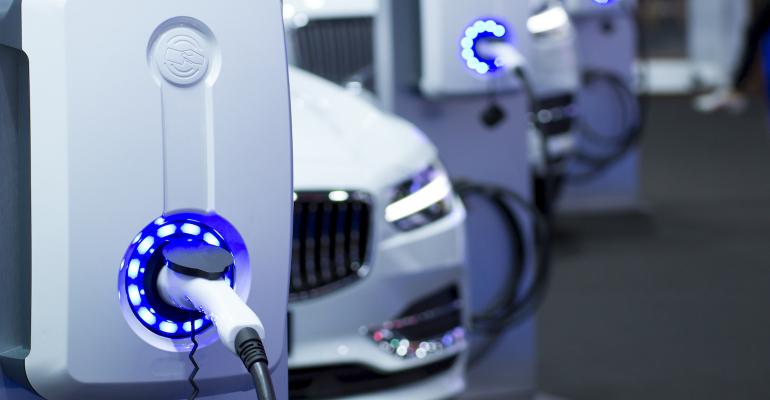 Detroit automakers are betting big on electric vehicles (EVs) and California wants to go all EV by 2035. Right now, though, they represent around 1% of all new-car sales.

Henry Ford must be rolling over in his grave. We all remember the entrepreneurial icon of the 20th century’s greatest invention — the automobile — and how he believed his fortune lay in creating a vehicle for the masses. He bet and won.

Today’s Ford Motor Co., as well as the other two companies in the Detroit trio, is a bit of a different animal, as the focus has shifted to betting on electric vehicles (EVs). Lest we’ve forgotten, EVs represent around 1% of all new-car sales because mainstream America can see the downsides of owning one of these vehicles. While some improvements have been made, there are still a number of reasons why, in spite of government mandates like California’s order to go all EV by 2035 and rid the state of the internal combustion engine (ICE) for good, there are barriers to such a pipe dream.

General Motors announced recently that it will be investing $27 billion in EVs, a big bet that may — or may not — pay off, depending on the mood of the consumer. It hasn’t been favorable to EVs up to this point.

On Dec. 1, GM’s Cadillac division said it will buy out dealers who no longer want to sell the upscale vehicles that have been a crown jewel in GM’s lineup for decades until they lost some of their luster in the early 2000s. GM gave dealers a choice: Upgrade dealerships to accommodate the Cadillac EV with charging stations and specialty repair equipment at a cost of about $200,000, or take the buyout and drop the brand. About 150 dealers are taking the buyout.

The success of EVs, even with government subsidies to encourage sales, is a long shot. One of the big obstacles, especially in states like California, is the energy requirement. Let’s face it, renewable energy isn’t reliable or consistent. As California looks to a future when sales of ICE vehicles will be banned by 2035 in favor of EVs, demand for steady, reliable electricity for charging millions of EVs will increase exponentially. Reliable, consistent energy is something that California is running short of, as proven this past summer when demand for electricity was high but California’s dependency on solar and wind meant that supply was low. When the sun goes down and the wind stops blowing, the state’s energy companies must implement rolling blackouts. This year, according to several reports, 1.3 million MWh of power were curtailed.

Wild fires and Santa Ana winds also caused power to be cut to thousands of California customers in an effort to mitigate sparking power lines and the spread of fires. One of the big dangers as more people depend on electricity to charge their vehicles is when evacuations are ordered. With no power to charge their vehicles and fires tearing through forests into residential neighborhoods, a vehicle that offers no way to get out due to lack of electricity means that people will be trapped. Being forced into buying EVs in a state where adequate electricity is already a problem means that power shortages are not just inconvenient but downright dangerous.

While most of the United States doesn’t experience wild fires like California does, it gives people pause when considering what happens when the “renewable” electricity goes out. Charging hundreds of thousands of EVs will require strong, consistent electricity from reliable sources — natural gas, coal, and nuclear.

For environmentalists who want to keep toxic chemicals out of the state, having hundreds of thousands of EVs on the highways might not be such a good idea. Lithium-ion batteries are made with toxic chemicals, and when EVs crash and the batteries catch fire, it takes special chemical foams to put out the fire. Fire departments now have to keep these foams on their trucks in case they are called to an electrical fire involving an EV.

Recently five incidents of Chevy Bolts catching fire resulted in GM recalling 68,000 of the 2018-2019 models. One caught fire while parked in the owner’s driveway. Owners were told not to park their cars in their garages. In December 2018, a Model S Tesla caught fire twice in the same day near Los Gatos, CA, after the owner had the car towed because of a flat tire. The vehicle ignited, and firefighters put out the fire but told the owner that it could re-ignite. After six hours, when the batteries had cooled, the car was towed to another shop for repairs when the car’s batteries ignited again. That car had 1,200 miles on it, according to news reports.

A similar incident on the 101 in Northern California with another Tesla resulted in firefighters battling the electrical blaze for nearly five hours as the fire kept re-igniting. Finally, one of them called Tesla and was told to cut the cables to the batteries.

Environmentalists have protested for years against nuclear facilities and keeping nuclear waste out of the environment. What will they propose for the hundreds of thousands of lithium-ion batteries that will need to be disposed of at the end of their life?

While some of these EVs are getting less expensive and vehicle makers have extended the mileage on many of the more expensive models, EVs remain impractical for long distances, like that great cross-country vacation, given the uncertainty of the charging infrastructure.

While some automakers are willing to take a chance by putting their eggs in the EV basket in the hopes that people can be convinced — or coerced, if you live in California — to buy EVs, consumer sentiment about these vehicles isn’t so high. Wealthy people have always been intrigued by innovative gadgets, and can well afford the new and exciting product. The mass of middle-class consumers? Not so much.

It reminds me of my interview with Brandt Goldsworthy in California at a Western Section SPI (now PLASTICS) meeting. He’d gotten an award for his work in developing the fiberglass pultrusion process back in the 1950s, making handles for tools like rakes, shovels, and hoes that would be stronger and last longer than wooden handles. I asked him the secret of his success, and he replied: “Invent for the masses, eat with the classes; invent for the classes, eat with the masses.”

I believe Henry Ford would agree!