TAGS: Sustainability
Say rubber in cars, and most people will automatically think tires. But tires are just part of the story. According to car manufacturer Ford, the interior of a Ford Fiesta, for example, contains around 3 kg of natural rubber—most of which originates from the rubber plantations in Southeast Asia.

In fact, the Southeast Asian region accounts for about 80% of the world’s supply of the commodity, a percentage, which has raised concerns about the global supply and price stability of the natural rubber produced here. Moreover, according to a recent study from the University of East Anglia (UK), the growing demand for natural rubber poses a huge threat to the biodiversity of the region, as more and more protected parts of the forests of Southeast Asia are being cleared to make room for rubber cultivation.

It’s issues like these that have led Ford to explore the possibilities of developing a more sustainable domestic rubber source. As Janice Tardiff, a technical expert in Elastomers Research at Ford explained in an interview with PlasticsToday: “To mitigate these concerns, we are looking to help develop a domestic rubber supply to reduce our reliance on the imported product.” 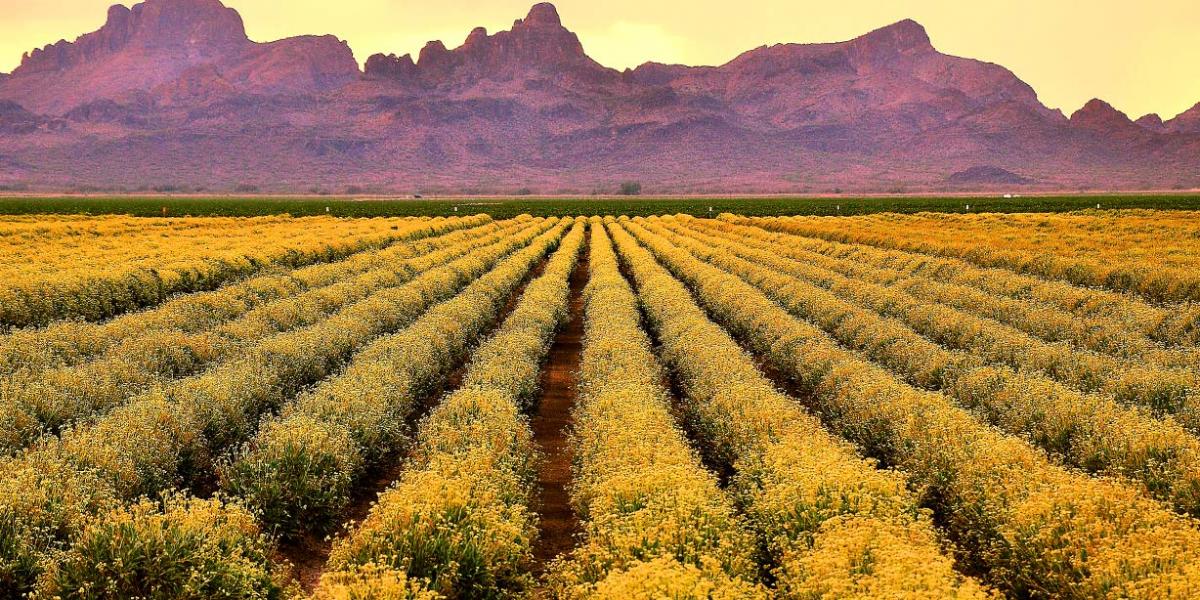 To that end, Ford helped found the Program of Excellence in Natural Rubber Alternatives (PENRA) Consortium, based at the Ohio State University's (OSU) Ohio Agricultural Research and Development Center (OARDC), and has worked closely with other members for the last four years on finding alternative sources for natural rubber closer to home. To date, the best results have been achieved in experiments with rubber derived from the guayule shrub—a shrub native to the southwestern U.S. and northern Mexico—and from Russian dandelion. Both offer almost identical qualities compared to natural rubber harvested from the current primary source for the natural rubber, the Hevea tree.

“Ford is currently working with the material from two Arizona-based guayule producers—Yulex and PanAridus,” said Janice Tardiff. “We also are working with OSU/OARDC on further developments with both guayule and Russian dandelion roots.” She anticipates that the company could have an alternative rubber prototype within the next year.

So what parts of the guayule plant are actually used? “The processing of guayule is actually very similar to that of Hevea natural rubber,” said Janice Tardiff. “The rubber latex is in the bark of the guayule plant. The latex is extracted from the plant, separated from impurities and coagulated, to remove excess water, into the natural rubber that is used in rubber recipes.”

Where in the car could this guayule rubber, for example, be used? “There are many natural rubber-containing systems in the powertrain, body systems and chassis, including the engine mount, suspension bushing, cup holder insert, vibration damper, isolator pad and floor mats,” said Tardiff.  “Each of these parts has the potential to instead contain sustainable rubber alternatives. “

Noting that the most obvious use of rubber in cars is in tires, I asked Janice Tardiff whether Ford is also looking at collaboration with a tire manufacturer on the development of domestically sourced rubber for tires. Her answer: “Cooper Tires, Bridgestone and Goodyear are all PENRA members and Ford conducts research in conjunction with these companies on the use of natural rubber alternative materials in tires. Bridgestone is especially key in guayule research, as they recently opened a research facility in Arizona with 32 scientists specifically researching guayule shrubs.”

But is there enough guayule available? Isn’t it expensive? “The guayule producers in Arizona continue to increase their crop production and they are meeting the demands for specialty applications such as medical gloves—guayule rubber has the advantage of being hypoallergenic,” she said. “They have the potential for further increases in production but they need to have the demand from larger consumers to do so.” She added: “Guayule is still in the research phase for automotive applications but we anticipate that the material will be cost competitive to Hevea natural rubber.”