A Fresh Look at Reshoring 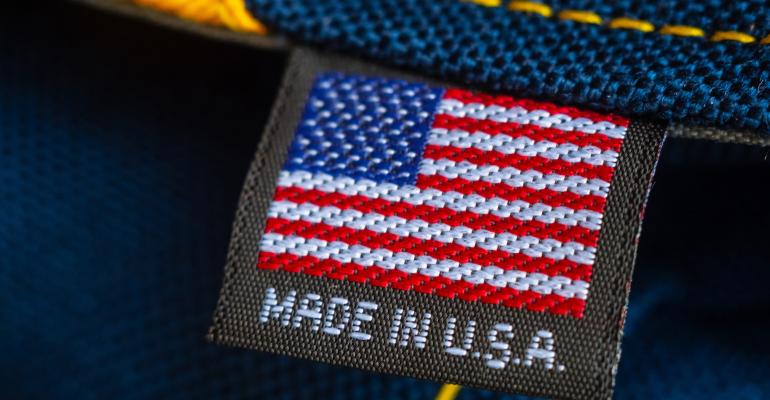 Running the gauntlet of COVID-19 has shifted how businesses think about global supply chains. Companies are not just looking at manufacturing costs, but at what happens if their supply chain shuts down.

In the two decades since China was admitted to the World Trade Organization, offshoring by large original equipment manufacturers (OEMs) to that country became attractive for two main reasons­ — cheap labor and access to billions of new consumers. Many US corporations were quick to establish manufacturing plants in China, with dollar signs gleaming in their eyes.

However, as US companies took manufacturing equipment, engineering, and operations expertise to China, problems arose rather rapidly. Intellectual property theft was one of the primary challenges. It didn’t take long before Chinese companies, owned and directed in large part by the Chinese Communist Party, began duplicating US products and processes until a huge domestic production industry was born. The dreams of selling millions of washing machines, refrigerators, and television sets soon faltered, as companies like Haier Group, a Chinese multinational home appliance and consumer electronics company, entered those markets. Haier became a formidable competitor not just domestically but globally, especially in the United States, where consumers were eager to pay cheaper prices.

Rosemary Coates, founder and Executive Director of the Reshoring Institute, said that bringing manufacturing back to the United States began in earnest in 2012, when both Mitt Romney and Barack Obama, in their bid for the presidency, began addressing China’s role as a catalyst of US manufacturing problems. Coates’ expertise is manufacturing in China and helping US companies set up offshore plants there. “It was at that time when a lot of our clients started talking to me about bringing manufacturing back,” Coates told PlasticsToday. “While it wasn’t all that serious then, it ignited a lot of discussion on that topic.”

Coates is scheduled to speak at Virtual Engineering Week, where she will present a session, “What's Your Global Manufacturing Strategy? Is It Time to Reshore?” at 1 PM on Dec. 3. The event runs from Nov. 30 to Dec. 4.

Hits and misses of reshoring efforts

As talk turned to bringing back manufacturing to the United States, Coates also shifted a lot of her consulting work to helping companies considering reshoring to think strategically about the alternatives to their manufacturing locations. Reshoring was made more attractive through the Tax Reform Act of 2017 put in place by President Trump, Coates explained. “It helped level the playing field,” she said. “In most countries manufacturing is taxed less than it is in the United States."

Tariffs put in place recently have also helped, particularly the Section 232 tariffs on aluminum and steel. “Those made American companies more competitive by making foreign steel more expensive,” Coates said. “You would think that the Section 301 penalty tariffs would drive companies back to the United States in droves, but it didn’t. Some went to other low-cost countries. It gave reshoring a little bump but not near what was expected.”

The pandemic shined a light on the pitfalls of a global supply chain and shifted the focus from costs to risks. “Now, companies are not just looking at the cost of goods, but at what happens if your supply chain shuts down,” said Coates. “We’re now seeing a hefty increase in reshoring. We have several new projects we are working on. A combination of cost and risk has led to companies realizing it’s real.”

However, companies are not just reshoring back to the United States — some are considering moving to other Asian countries and determining how they can operate cost effectively there. “It’s never been just a simple decision of ‘here or there,’ but costs and benefits,” explained Coates. “Some companies are choosing to leave some manufacturing in China, while moving some to other countries in Asia or Mexico. More than ever, it’s about having a risk-mitigation strategy.”

Pros and cons of nearshoring

Speaking of Mexico, business and operations advisory and accounting firm Plante Moran published a blog post in August that discussed the challenges of relocating auto operations to Mexico, which has been compounded by COVID-19. In “Moving auto manufacturing operations to Mexico: How to do it right,” Alejandro A. Rodriguez and Daron Gifford point out where the “traps lie” in making such a move.

“Auto manufacturers operating in and around Asia are looking for geographic alternatives for good reasons,” write Rodriguez and Gifford. “The global supply chain is fragile, and there’s a sense of security in keeping operations a little closer to home. Moving your operations to Mexico can be a cost-effective and advantageous choice, but there are challenges to be aware of if you go this route.” They then present three factors OEMs need to take into consideration.

The first is timing and the supply chain. The shutdown in China meant that ships were unable to get in and out of the country, which dramatically disrupted the supply chain. “Ultimately, suppliers and producers that rely on China and surrounding nations were hit hard, and the reverberations were felt through almost every industry,” according to Plante Moran. Mexico was hit by the pandemic about two to three weeks after the United States, which bought some extra time to keep producing, but it “also added complications” to supply-chain timing.

Second, the US “quickly issued legislation to protect the economy in response to COVID-19” with Paycheck Protection Program loans and so forth. Consequently, many “US-owned companies were liquid enough to continue operations or quickly pick back up when restrictions lifted.” That wasn’t the case in Mexico. The government “didn’t provide loans or any other type of economic or tax incentive to the business community, but still asked [businesses] to pay 100% of salaries for at least one full month. Now, these businesses are struggling with liquidity.” Rodriguez and Gifford recommend that OEMs have “backup suppliers where possible.”

Third, the pandemic has made moving operations to Mexico look like a “particularly attractive option for tightening the global supply chains and reducing risk, but setting up production in Mexico isn’t a new trend,” note Rodriguez and Gifford. Two decades of auto industry growth in Mexico have been propelled by the entry of OEM assembly operations in the country. Following their customers, many direct suppliers began producing in Mexico, as well, and now the number of vehicles and auto parts manufactured in Mexico is the highest it’s ever been.”

Plante Moran recommends that OEMs know where their materials are coming from so that border crossings won’t present a bottleneck and cause a “domino effect down the supply chain.” Also, it recommends that OEMs be cognizant of the latest import and export regulations in the USMCA trade agreement between the United States, Canada, and Mexico in order to have an accurate estimate of shipping and deliveries and to improve planning.

The Reshoring Institute’s Coates said that moving manufacturing back to the USA has its advantages, and that many manufacturers are better equipped to manufacture their goods more cost effectively after two decades of competing strongly with China. While there continue to be some cost advantages to making products in China, some of that can be offset by US manufacturers that have invested heavily in automation. “With a capital investment, it’s easier to make the case for manufacturing in the USA,” she said.

Two week ago, the Reshoring Institute released a survey of approximately 500 consumers across the United States, all age groups and education levels. The results are as follows:

The survey can be found on the Reshoring Institute website.

Key takeaways from the survey for Coates are that nearly 50% of US consumers have the perception that goods made in the USA are of higher quality, and almost 60% said they would pay up to 20% more. “That’s an important number because people make decisions based on cost. If we can get the cost within about 15% more for [US-made products], manufacturers can make a go of it. “To get there, OEMs will have to extract labor and automate, but they can get there,” said Coates.

People are reading country-of-origin labels, and nearly 60% believe what the label says. “About 20% of consumer goods being sold are counterfeit,” said Coates, who has served as an expert witness in cases involving Chinese imports. “They’ve gotten so good at it, and while nobody will get hurt with a [fake] purse, when it comes to automotive and aircraft parts, it’s a different story. Counterfeiting is rampant in those markets.”

This survey and others like it prove that US consumers look for, appreciate, and buy products that are made in the USA. In addition, American consumers are willing to pay more for products made here. “Manufacturers should take note,” said the Reshoring Institute.