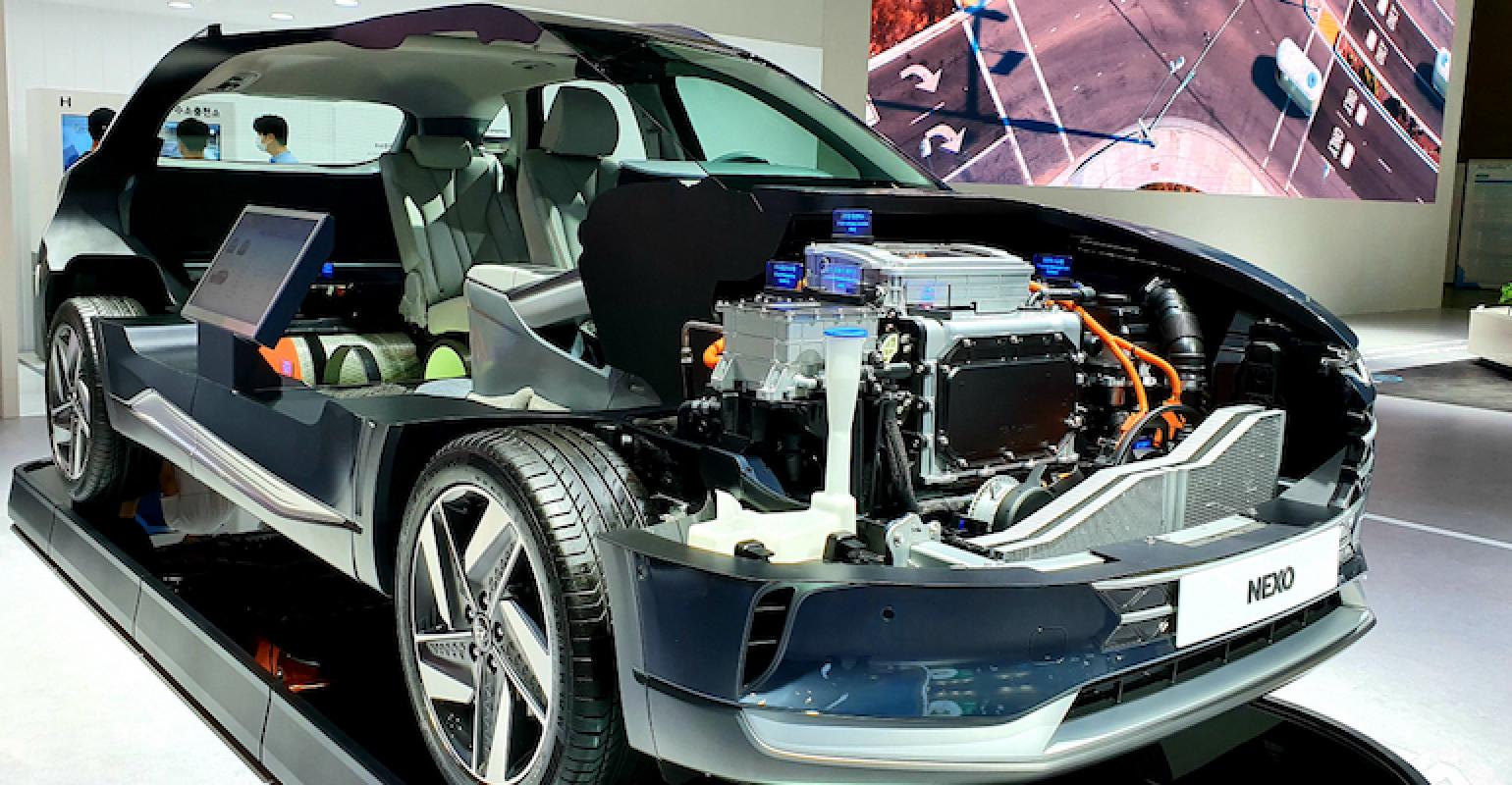 Deployment of Hyundai’s fuel cell system in Ineos Grenadier on the agenda.

Korean automaker Hyundai and resin supplier Ineos have signed a memorandum of understanding to explore together new opportunities in the hydrogen economy. Opportunities include production and supply of hydrogen as well as new hydrogen applications, technologies and business models.

Hyundai and Ineos will jointly investigate opportunities for the production and supply of hydrogen as well as the worldwide deployment of hydrogen applications and technologies. Both companies will initially seek to facilitate public and private sector projects focused on the development of a hydrogen value chain in Europe.

The agreement also includes the evaluation of Hyundai’s proprietary fuel cell system for the recently announced Ineos Grenadier 4x4 vehicle. This cooperation represents an important step in Ineos’ efforts to diversify its powertrain options at an early stage.

Hyundai’s proprietary modular fuel cell system, which evaluation vehicles will use, has already proven reliable and effective in the Hyundai Nexo SUV. The world’s first dedicated hydrogen-powered SUV has the longest driving range among hydrogen-powered vehicles in the market. Hyundai is one of leading company in the field of fuel cell technology having started the world’s first mass production of fuel cell electric vehicles in 2013.

“Ineos’ move into the development of a fuel cell electric vehicle and hydrogen ecosystem marks yet another milestone towards sustainable and clean transportation,” said Saehoon Kim, Senior Vice President and Head of Fuel Cell Center at Hyundai Motor Company. “Hyundai believes this will provide an important low-carbon option across a wide range of sectors. We also hope our decades-long expertise in hydrogen fuel cell work in synergy with Ineos’ expertise in field of chemistry to realize the mass production of green hydrogen and fuel cells for the Grenadier.”

Peter Williams Technology Director Ineos, said, “The agreement between Ineos and Hyundai presents both companies with new opportunities to extend a leading role in the clean hydrogen economy. Evaluating new production processes, technology and applications, combined with our existing capabilities puts us in a unique position to meet emerging demand for affordable, low-carbon energy sources and the needs of demanding 4x4 owners in the future.”

Ineos recently launched a new business to develop and build clean hydrogen capacity across Europe in support of the drive towards a zero-carbon future. The company currently produces 300,000 tonnes of hydrogen a year mainly as a by-product from its chemical manufacturing operations.

Through its subsidiary Inovyn, Ineos is Europe’s largest existing operator of electrolysis, the critical technology that uses renewable energy to produce hydrogen for power generation, transportation and industrial use. Its experience in storage and handling of hydrogen combined with its established know-how in electrolysis technology, puts Ineos in a unique position to drive progress towards a carbon-free future based on hydrogen.