LG Chem Slates Tech Centers for US and Europe, ABS Plant in Ohio 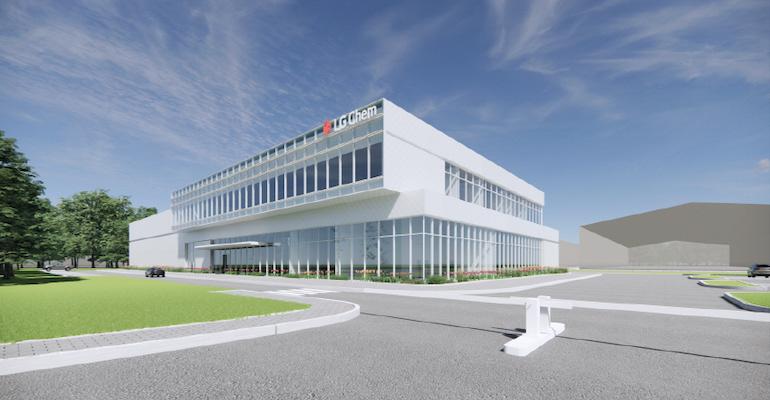 The South Korean company is investing $100 million in technical-support facilities in Ohio and Germany, and $50 million in an ABS compounding plant, also in Ohio.

South Korea’s LG Chem is committing significant resources to the European and North American markets with a focus on automotive materials, packaging films, and construction and decoration materials. In North America, investments are to be made in an ABS compounding plant in Ohio with annual capacity of 30,000 tonnes/year and the American Tech Center, also in Ohio. A European Tech Center will be set up in Frankfurt, Germany. Both three-level facilities span floor areas of around 82,000 square feet.

LG Chem aims to have the two tech centers and compounding plant up and running by the end of 2023, with investments of $100 million for the former and $50 million for the latter. Commenting on the selection of Ohio for the tech center and ABS plant, LG Chem noted its convenience in terms of logistics and transportation, and its proximity to LG Chem’s key ABS customers in the automotive and building and construction sectors. Kug Lae Noh, President of LG Chem’s Petrochemicals Co., stated: “Tech centers will strengthen customer responsiveness through customized technical support optimized to the local market and play a key role in making LG Chem’s strategic products lead global markets. Starting from the customer's pain point, we will provide [them with] differentiated insights, and seek various ways to expand the global business based on this.”

The American and European Tech Centers each will have various pilot facilities for customer-tailored technical support. In addition, a total of 70 R&D personnel, including application technology teams for extrusion and injection molding, and organizations dedicated to each major strategic product, will be stationed to provide technical support for customers. LG Chem already operates similar tech centers in Osan, South Korea, and in southern China. The company is currently constructing a tech center in northern China, which is expected to commence operations in 2022.

LG Chem also noted a lack of local capacity for ABS compounds in North America, despite there being a high preference for local companies and products. In particular, the demand for high-value-add heat- and weather-resistant ABS is continuously increasing due to the development of the automotive, construction, and decoration materials industries.

LG Chem also plans to investigate constructing an ABS polymerization plant to respond to North American customers, who account for 10% of global demand.