Modular Table Concept Tailored for Car of the Future 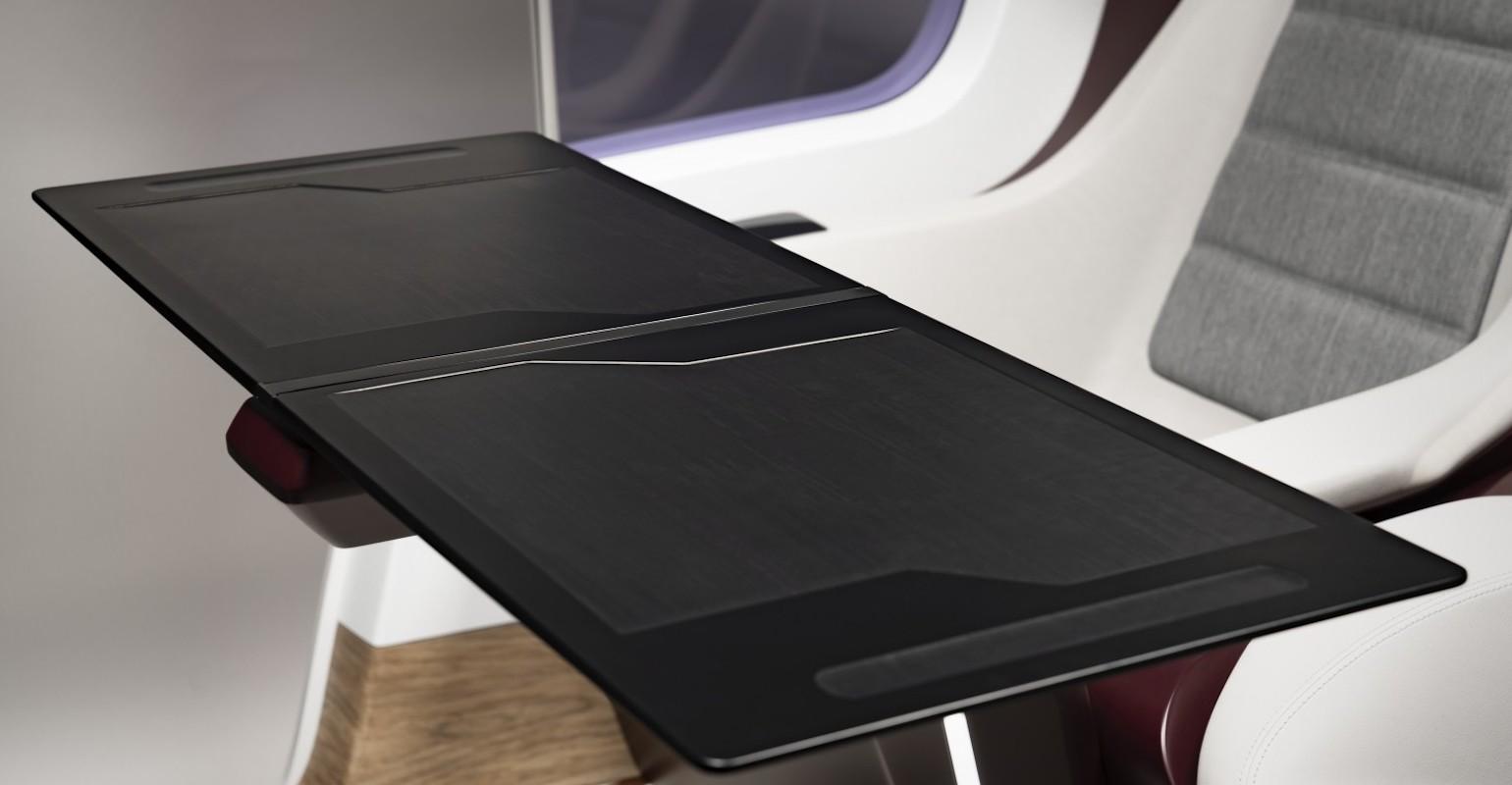 Many things will change in the car of the future. New forms of mobility will turn the car of the future into a multifunctional, mobile living and working space. In the interior, there will be new functions, a trend toward individualization, but also the desire to make the best and most comfortable use of space. To make this new "living space" functional, flexible, and appealing, lightweight and easily moldable plastics are the material of choice.

Covestro has taken things one step further by using a continuous fiber-reinforced thermoplastic composite (CFRTP). Its Maezio material is extremely robust and lightweight, while also providing outstanding opportunities for high-quality and aesthetic design. One such current example of what is possible is a space-saving, modular table concept for autonomous vehicles. Covestro developed the table in cooperation with Engel Austria and interior systems supplier Dr. Schneider Unternehmensgruppe.

The objective was to construct a normal-sized table that is as thin as an Ultrabook and can be stowed just as easily, for instance, between the back seats, but is mechanically extremely durable. This table measures 41 cm in length and 32 cm in width, with its thickness increasing from 5 mm on the outer edge toward the inside to 10 mm – which is less than half the thickness of conventional car tables. The later fitting of hinges, already accounted for in the molding process, and ready-molded trays for pen and tablet reduce the number of components and save weight.

An initial version featuring a sandwich construction is shown in the interior concept. The upper and lower sides each consist of 1-mm-thin layers of polycarbonate composite material. The sandwich core is a rigid low-density polyurethane (PU) integral skin foam based on Baydur 20. Weighing just 690 grams, the table is twice the size of a conventional one and can bear a load of 50 kg.

The manufacturing process was developed with partners at the LIT Factory of the Linz Institute of Technology (LIT) at Johannes Kepler University (JKU) in Linz, Austria. Here, with the help of digitalization, potentials ranging from product development to reuse can be optimally identified and leveraged.

The second step of the project aims at enabling a smooth and economic large-scale production of the table with series-proven processes and to transfer the know-how gained to other applications of CFRTP composites.