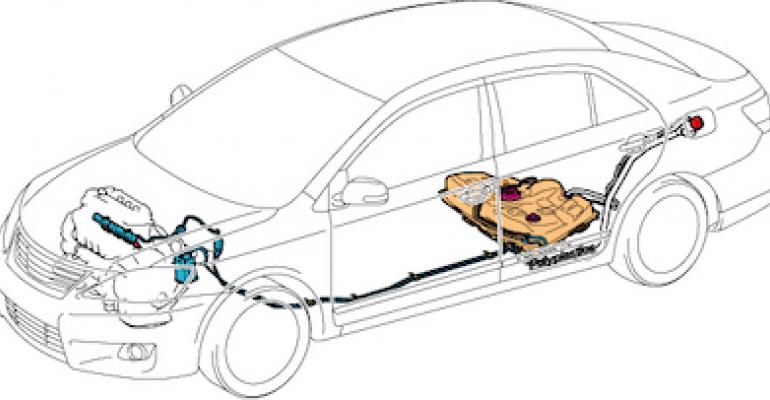 One is an electrically-conductive grade for use in components that surround fuel as a measure against static electricity.

The company has commercially launched Duracon H140-54C, a high flow/high rigidity grade with a melt flow rate (MFR) around 14. This material suits a wide range of molding conditions (cylinder conditions, injection pressure) and is used in Europe. The aim of going to a more rigid material is to allow products to be made thinner. Meanwhile, the higher flow suppresses increases in peak pressure that occur during injection molding due to thin-walling. Duracon® H140-54C facilitates the production of small, thin-wall parts.

Polyplastics has also announced a developmental POM grade which provides exceptional acid resistance. Historically, one of POM’s limitations has been its vulnerability to strong acids, but this new material provides significant improvements. This acid-resistant grade is targeted for a range of fuel system applications including ORVR valves, cut-off valves, and fuel pump module flange parts which are attached to the outside of fuel tanks. These parts can be damaged by the acidity in automotive cleaning liquids, acid rain, and other substances.

Polyplastics has also developed an electrically conductive grade for use in components that surround fuel as a measure against static electricity. Typically, when resin is imparted with conductivity it often affects certain performance characteristics, resulting in less flowability and toughness. However, this grade successfully imparts conductivity while also maintaining POM’s key performance attributes including flowability and toughness.