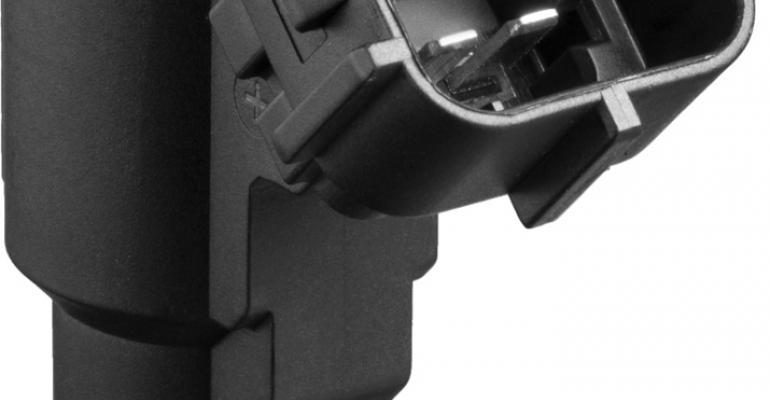 A heated tip port fuel injector used on the Honda Fit and Honda City vehicles sold in Brazil to improve cold-start performance in ethanol-fueled vehicles has captured the most innovative use of plastics award in the powertrain category at last night's 45th Society of Plastics Engineers (SPE) Automotive Innovation Awards Competition & Gala. The part was developed by Honda, Delphi Automotive and DuPont Automotive.

"Cold start is a fairly pervasive issue in vehicles that run on 100 percent ethanol (E100), like those in Brazil," said Dave Dues, Delphi Flex Fuel Vehicles Program chief engineer. E100 does not form a combustible vapor at cold temperatures so engine-starting under these conditions is not possible with a conventional system. In Brazil where E100 fuel is commonly used, most automakers add a second gasoline fuel system for starting below 55°F (13°C). "The team captured this award with an innovation that not only solves the issue but does it in a way that reduces weight by 9 kg to improve fuel economy, lowers emissions and significantly lowers cost by eliminating that secondary gasoline sub-tank system," added Dues.

Zytel HTN PPA was selected to overmold the component because it offers lower melt viscosity than competing PPAs, which helps protect the sub-assembly during molding. It also offers better elongation than other PPAs to survive thermal cycling without stress cracking. Once the material family was selected, DuPont developed a new electrically friendly, heat-stabilized grade that also can be laser marked for identification.

Extensive Moldflow analysis was performed by Delphi and DuPont to ensure the mold filling produced a knit-line free part. In addition, cavity pressure transducers were added to the mold tooling to prevent collapse of the thin metal heating tube during overmolding.

"Zytel HTN PPA offers high performance plus ease of molding making it a great choice for this application," said Randy White, DuPont Automotive global powertrain segment leader. "Connecting early with Delphi allowed us to modify the material to the performance requirements as they evolved through the development cycle."