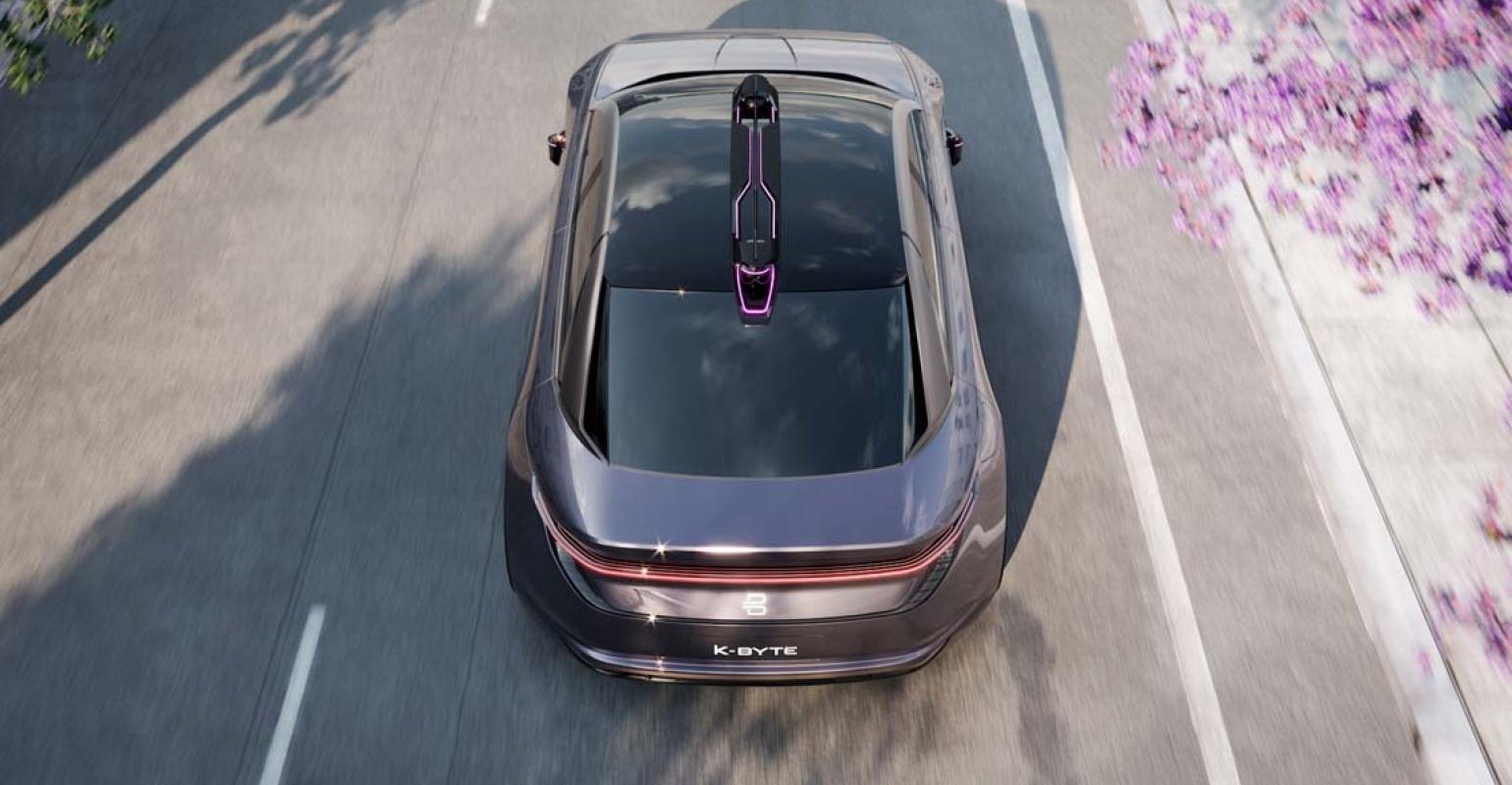 Developments and technological trends in EVs and AVs will rely heavily on plastics to realize performance goals.

There’s a common misconception in the industry that electric vehicles, having fewer components, in particular moving ones, are easier to design and build and, thus, the entry barriers to this market segment are a lot lower than they are for traditional internal combustion engine-powered vehicles. After all, anyone can buy some batteries and motors and connect them up, cooling is super easy so you don’t need any front-facing air intakes, and braking is simpler because you can turn the electric motor in reverse to assist in decelerating, right?

Well according to David Twohig, CTO at Chinese start-up EV maker Byton, “EVs are very, very hard to do,” and in fact more challenging to do successfully compared with ICEVs. Having played a key role in the development of the Nissan Leaf and sister vehicle Renault Zoe, debuting in 2010 and 2012, respectively, Twohig has the right to be taken seriously. Byton was co-founded by former BMW and Nissan Motor executives and recently completed a factory in Nanjing with capacity of 300,000 vehicles/year.

Stating his case, Twohig concedes that anyone can buy batteries, but they need to be protected from side impacts such as collisions with poles, as of course do the occupants. And here’s the interesting point—the batteries are more sensitive than the human body, capable of absorbing “only” 60 G of force versus 80 G for the driver or passenger. As such, the implications are substantial for material selection and design of impact zones. Honeycomb structure crush zones constructed from thermoplastic composites may prove a viable solution here given the emphasis on lightweighting. Further lightweighting will be achievable by replacing aluminum or steel used in the top and bottom layers for battery enclosures with carbon fiber- and glass fiber-reinforced composites, the first examples of which are set to debut.

And perhaps counterintuitively, EVs are actually harder to cool, according to Byton’s Twohig: “EVs run at 60°C versus 105°C for ICEVs but you need to move a lot of air, even at low speeds, to thermally manage an EV.” Twohig notes that EVs are harder to heat in winter as there is no waste heat (in fact the batteries need to be heated, too), and harder to cool in summer due to the lower T (consult a thermodynamics textbook to find out why). End result: EVs need larger air intakes, and plastic is a perfect material to create openings at the front of the vehicle. To boot, four to five brushless radiator fans should be installed behind the bumper, delivering more opportunities for plastic components. “EVs require heat pumps and there are 30-40% more components in a well-built EV cooling system,” says Twohig.

Turning to deceleration, a two-tonne SUV EV requires a mammoth 1300 kW of energy to brake whereas the traction motors only generate around 500 KW of power. Thus, an EV requires a vacuum-independent electromechanical brake booster powered by the vehicle’s main battery couple with backup through a 12-V system in case the battery fails. “We’re getting to aircraft level redundancy [in EVs],” Twohig notes, and all of the systems integrated into EVs adopt a high degree of plastic components.

Engineers at reputable EV OEMs have solved these challenges and the good news is that there are many well-engineered EVs on the market. The bad news is that because engineers were so busy solving these fundamental problems, the EV driving experience is essentially the same as driving an ICEV. “The industry has had no time to introduce new experiences, and EV interiors are basically the same as there have been for the last 50 years, including the familiar center console originally developed to cover the gearbox and drivetrain.

Byton, however, aims to revolutionize the EV interior with its M-Byte SUV slated for release in China later this year. The key feature of the vehicle will be a massive 48-inch display that will be more than just a big screen. Facial recognition, tactile control for driver and passenger, and gesture control will be enabled by sensors and functional plastic films, but there will still be a few buttons, assures Twohig.

Plastics used in telecommunications infrastructure will also play a key role in autonomy and data transfer for next-generation vehicles. Case-in-point: Ryan McGee, Director, Connected Vehicle Platform and Products, at Ford Motor Co. (China) notes that all Ford vehicles will be cellular vehicle-to-everything (CVTE) ready for models starting 2022. CVTE enables an autonomous vehicle to connect, for example, to traffic lights or pedestrians on the street. These safety-critical functionalities will be supported by plastics whose performance has been proved in 4G and eventually 5G telecom networks.

CVTE will enable intent sharing, for example, if a driver jams on the brakes, cooperative driving like a caravan, enhanced traffic efficiency if traffic light timing can be ascertained, and increased situational awareness such as when a pedestrian is in a crosswalk, which contribute to safety or reduced energy consumption.

Safety and interior technologies of the future were also highlighted at the recent Consumer Electronics Show (CES) in Las Vegas by Sony. The electronics company’s Vision-S housed 33 sensors, including 12 cameras, three solid-state lidar sensors, and an array of nearly 20 radar and ultrasonic sensors to keep the car safe in autonomous mode. Infrared (IR)-transparent resins are a key requirement for optical LiDAR components.

“Electric vehicles are known for their ‘silent’ driving characteristics, which creates a need for dedicated insulation solutions that are capable of reducing the rolling and wind noises transmitted into the passenger compartment,” says Kay Kosar, Head of Marketing & Sales Acoustics & Thermal Solutions (A&TS) Europe at FoamPartner. “At the same time, extensive thermal insulation is needed to minimize the battery power consumed for heating and air conditioning, thus maximizing the mileage range.”

FoamPartner partnered Swiss mobility think tank Rinspeed in the development of the MetroSnap Concept Car. The MetroSnap features a ‘Skateboard’ chassis and quick-change superstructures or ‘Pods’ for passenger and cargo transportation. It utilizes composite, steel and 3D-printed components as well as advanced navigation and safety equipment, including lidar sensors and a drive-by-wire system. The interior design takes advantage of state-of-the-art materials engineering, including lightweighting insulation foam technology from FoamPartner.

EVs lend themselves to the skateboard concept given the battery and electric motors are positioned as low as possible for a lower center of gravity. This concept may lead to a transformation of the supply chain structure for autos, where drivetrain experts capable of engineering safe and solid designs may market these platforms to third parties with expertise in electronics, aesthetic bodywork and interior design, as the case is with Sony and Magna.