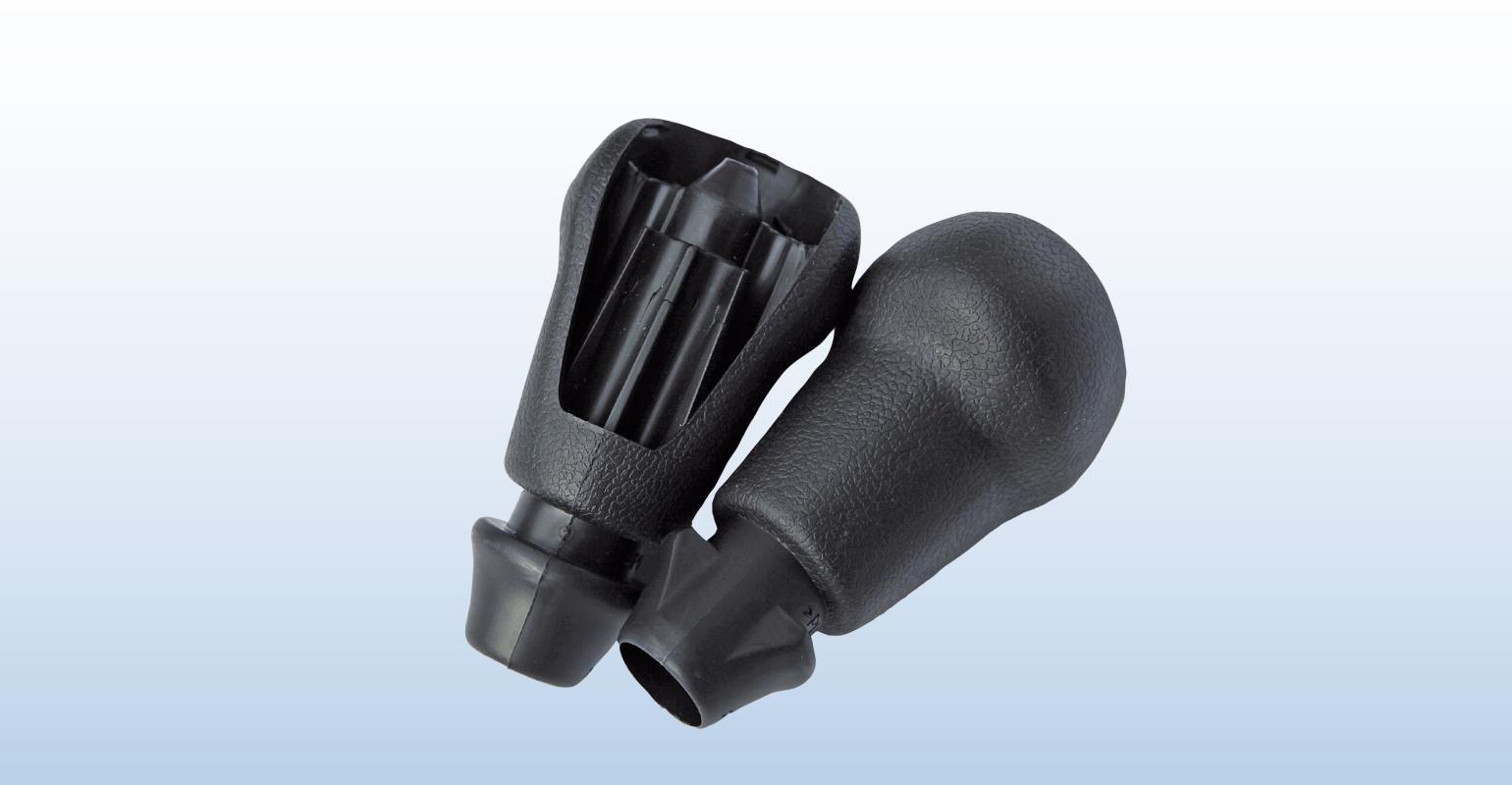 Long the realm of thermoplastic polyurethane elastomers (TPUs), gearshift knobs may have reason to switch their allegiance to polypropylene (PP), which promises weight and cost reductions, as well as processing advantages such as no requirement for pre-drying. POLYfill PP Touch grade 35025Q UV from Swedish compounder Polykemi AB is currently being evaluated for potential replacement of a TPU material in an automotive gearshift employed by a global automaker. A weight saving of 15% is achieved in the gearshift knob, and the grade is easily processable via injection molding to boot.

The initial breakthrough for Polykemi’s POLYfill Touch materials was when the Swiss premium knife manufacturer Victorinox decided grade 44925 R3 in the handles of its hunter knife in the guise of the sales success called Hunter Pro. In this case it was the well-known “soft touch feeling” that made TPU lacquering no longer necessary. Further, scratch & wear resistance as well as “grip friendliness” were highly valued.

Polykemi is also focusing on antistatic compounds for vehicle interiors, particularly given that more and more cars are being driven in dusty environments. Dusty car interiors are never a pretty sight, and the fact is that if dust stays for too long on the surfaces, it tends to stick – being quite difficult to remove according to Polykemi. Dust can be close to impossible to get rid of, especially in corners and tight spots.

A leading automaker in Europe has been using Polykemi’s PC/ASA antistatic treated material in its premium models- for some years now in growing volumes. The material is used for especially sensitive parts that are directly in the field of view where dust would be obvious. Example of such parts are storage boxes for sun-glasses in the center roof console and make up mirrors in the sun visors.

Polykemi uses permanent antistatic additives in its compounds that are being employed in mass market as well as luxury cars. This trend is particularly notable in China, where car buyers driving in more dusty traffic environments than typical in Europe are demanding better looking vehicle interiors. This fact has created a market for permanently antistatic PC/ASA also in China, where it is produced by a wholly owned subsidiary of Polykemi, located close to Shanghai.

For some designs in certain car models, PC/ASA is considered over engineered. For such instances, Polykemi offers a version with lower dimensional stability at elevated temperatures. Instead of PC/ASA - this version is designated on account of the higher ASA component. One of the main advantages with a higher part of ASA is a wider processing window for the injection molder. Both materials comes with powerful UV stabilization, more than sufficient for the typical applications that are not exposed to direct sun light.

Polykemi also offers PP-based antistatic compounds for use in components such as B-pillar trim. These are required to have antistatic properties, especially where the seat belts retract.

The production of injection molded parts made of materials with permanent anti statics function is challenging – both for the compounder as well as the part producer. The material must consist of a robust interpenetrating network of dissipative polymer, stable enough for the shear intensive processing conditions often present when complex and thin walled parts are produced. Additionally, this has to be accomplished without having a high loading of dissipative component that would impact technical performance as well as cost.