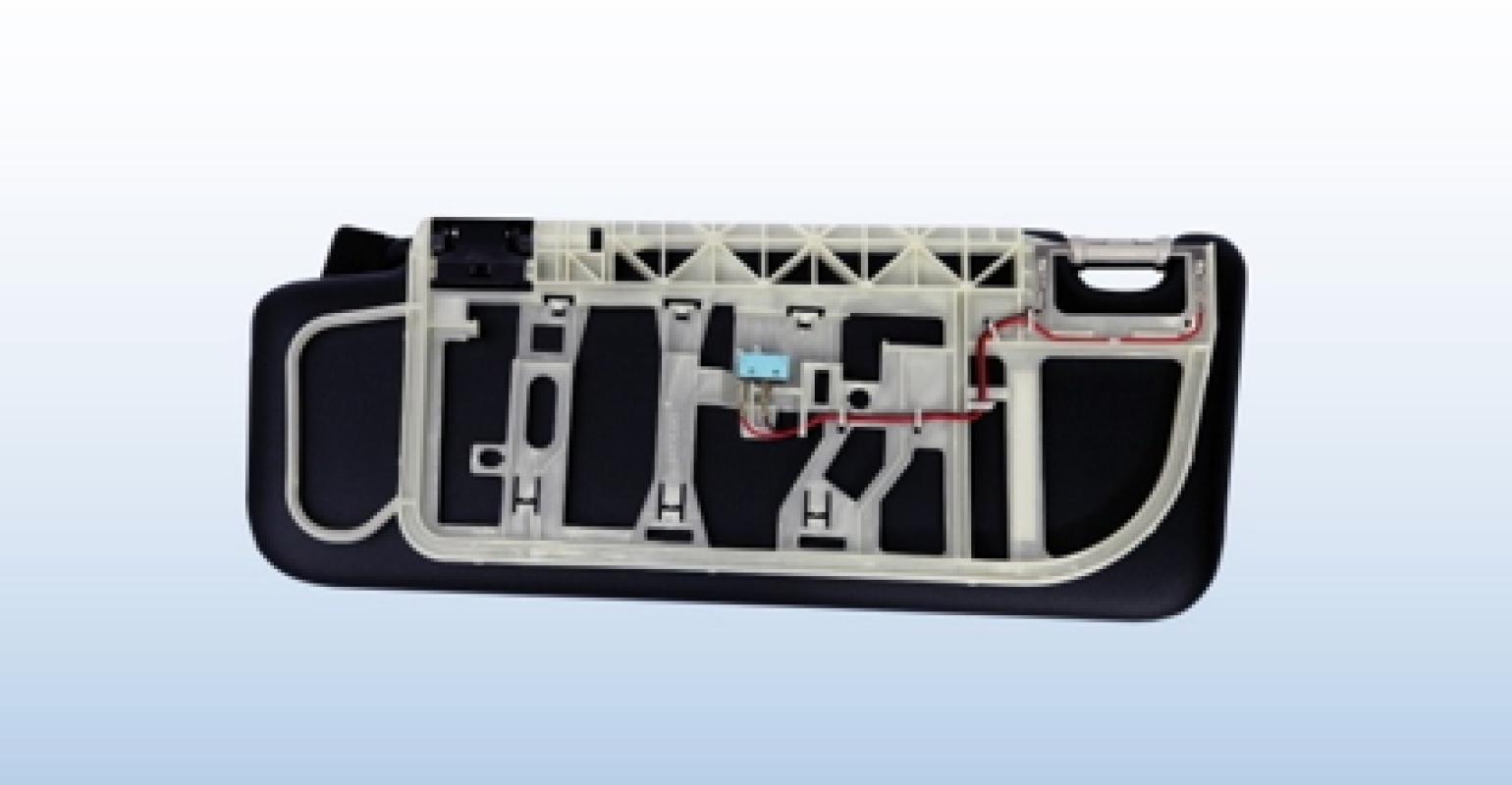 While being substantially lighter than the previously utilized engineering plastics compound, the technical properties of the Polykemi POLYfill PPH GF5040HC grade used in the Mercedes C-class vehicle resemble those of glass-fiber-filled PBT and polyamide (PA) 6 and in many applications it is indeed possible to replace those grades according to the supplier.

With initial deployment in the Mercedes C-class, there is also potential for the POLYfill HC grade to be used in further models according to Richard Vanselow, Managing Director of Polykemi's German subsidiary.

The sun visor frame is designed in such a way that the supporting structure can be made from a single material rather than the traditional combinations of metal and plastic that are widely employed. "With a 'mono-material solution' you don´t have to use complex methods of manufacturing and thus costs are saved. Thanks to our material, the part weight also has been decreased," comments Henrik Eriksson R&D Manager at Polykemi.

High-performance glass-fiber-reinforced PP has been on the market for some years but has yet to penetrate many large-volume applications, according to Polykemi. "Recently we have seen some practical examples and the automotive industry has started to understand that this modern PP material can be a workable strong option in areas where the technical requirements had previously called for the use of PA 6 or PBT solutions. Now the benefits of this material are really starting to show," concludes Eriksson.

Polykemi has an official approval from Mercedes Benz, according to the Werknorm DBL 5404.45 standard. Further, it is listed on the APS list for approved materials (from 10-40% glass-fiber content) as a "qualified interior raw material for localized production." So far the approval is valid for Europe and Polykemi is also working to obtain approvals for North America and Asia, working closely with its subsidiaries in the United States and China.