Report: Significant lightweighting of vehicles will require intensive use of composites 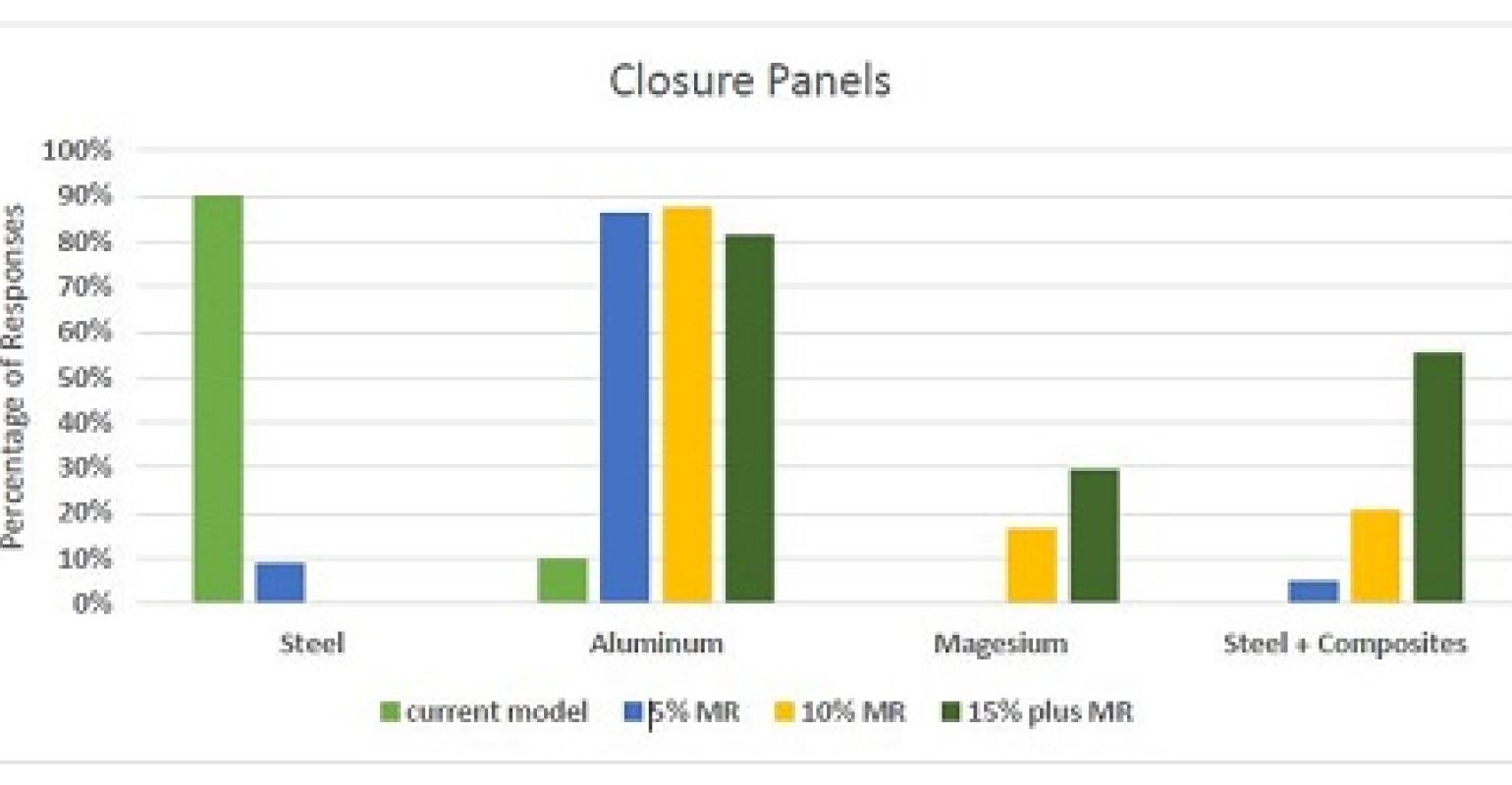 Carbon fiber a potential winner if 15% weight reduction is targeted, but strong competition to come from aluminum

A detailed study by the Center for Automotive Research in Ann Arbor, MI, has concluded that if automakers really want to reduce weight in vehicles, they will increasingly need to turn to fiber-reinforced plastic composites to achieve their aims.

The study surveyed exactly what materials went into 44 different 2015 model year cars, then asked what materials automakers would turn to if they need to cut 5%, 10% and finally 15% of the weight out of key parts.

The report found that highest priority for lightweighting are the hood and fenders (both closures) followed by: front doors, the decklid, the engine cradle, A and B pillars, and the truck frame. The A and B pillars are highly dependent on crash requirements and are reportedly an area of the vehicle where some of the most advanced lightweighting technology is seen.

The data also shows that, while 90% of existing closures are made from steel, as little as a 5% lightweighting objective in a vehicle will likely result in an 85% transition from steel to aluminum. Additional efforts to lightweight the vehicle beyond 5% will begin to introduce magnesium and composites, with slightly greater growth in composites. Composites growth was found to be dependent on aggressive vehicle lightweighting at 10% and 15%.

The material trend to aggressively lightweight the car body (body-in-white) is more complicated than closure panels according to the report. BIW shows slight growth for ultra-high strength steel (UHSS) over advanced high strength steel (AHSS), but significant growth for aluminum. Aluminum has the most significant opportunity, growing by about 70% from current use if vehicles are to become 15% lighter but composite use is also anticipated to grow significantly with the 10% and 15% levels of lightweighting.

The report also outlines a variety of composite-specific challenges, one of them being a robust supply base. “Composites, unlike metals, are not as commonly sold as commodities and standard products are not commonly available globally,” it notes.

Further, production cycle times must meet vehicle production rates. The manufacturing rate required to meet the high-volume requirements of car or truck production is generally acknowledged to be one part per minute whereas it takes 5-10 minutes for traditional composites to crosslink sufficiently to cure. Reducing the cycle time for composites is an ongoing R&D effort at composite suppliers. The production rate of vehicles can be several times faster than component production. Variation in part-to-part fabrication, i.e., quality, was also identified as an issue.

Performance modeling of components can also reportedly be an issue. “Current CAE software does not perform well for some composite materials because of fundamental differences in material behavior from metals. Further, the composite materials are often branded by the supplier and the material chemistry is protected as intellectual property,” notes the study. “This makes it difficult for CAE software companies to create generic simulation models for composites.”

Specific lightweighting opportunities for plastics that were identified by the study included switching from steel to polyamide (PA) in steering shafts, and glass fiber-reinforced plastics for instrument panel cross beams and seat frames in place of steel.

While the future for more composites use in vehicles appears bright, the consensus is that they are the “most challenging” to introduce into high-volume vehicles. The challenge goes beyond cost and includes how to fit composites into the existing manufacturing infrastructure which is geared to metals. Automakers lack expertise regarding composites at present but nevertheless, they don’t appear willing to outsource the processing of key components to various external suppliers. Composite technology is indeed disruptive but if automakers are serious about weight loss its time will surely come.