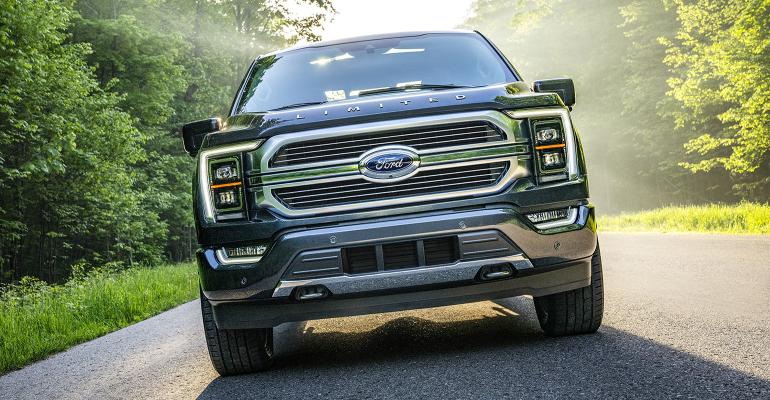 Automotive tooling spend will rise to $2.7 billion in Q2 of next year, according to Harbour Results. Starting in 2024, four “glory years” of growth will send that figure soaring to $8.6 billion.

The next decade is being forecast as generally favorable for suppliers of automotive tooling, according to Harbour Results Inc. (HRI) of Southfield, MI.

As manufacturing generally, and the automotive industry in particular, have weathered the COVID-19 pandemic better than initial expectations, “that’s helping the toolmakers quite a bit,” said Laurie Harbour, President and CEO of HRI. The company shared findings from its “2021 Automotive Tooling Outlook” report in an Oct. 19 webinar.

The performance of manufacturing overall “is really quite good,” Harbour said. “There are a lot of very positive things (happening) across all industries. . . . Durable goods demand is very strong, driving not only new volume but new programs, so lots of new models . . . not just in automotive, but in all kinds of industries. And we really expect that to continue for quite some time.”

This all means “a pretty strong tooling demand forecast for our toolmakers,” Harbour explained. In surveying toolmakers, HRI found that 76% are going into 2022 with a generally optimistic view — neither expecting a continued boom nor a big bust. With backlogs of three months at small to medium shops and five to six months at larger facilities, toolmakers are expecting about 10% revenue growth going into next year; 90% of shops are projecting more than 3% growth in earnings before interest and taxes at end of this year.

Make no mistake: “Doing business as a tool shop in today’s environment . . . is harder than ever before,” Harbour acknowledged. That said, quarterly demand for automotive toolmakers has remained strong through 2021, with a third-quarter dip to $1.2 billion in tooling spend as OEMs introduced new products. Harbour expects automotive tooling spending to jump back up to $2.6 billion in Q4 of this year and rise to $2.7 billion in Q2 next year.

Longer term, in 2024 she expects automotive tooling spend to grow to $8.6 billion on the strength of launches of new BEVs and pickup trucks. Those launches will fuel four “glory years” of growth through 2027, followed by a dip in 2028 and a reset of the tooling-and-launch cycle through to 2030 as model lines are refreshed.

Despite semiconductor and supply-chain shortages, the Big 3 Detroit carmakers are recording “unprecedented” profitability, said HRI Business Analysis Manager Matt Trentacosta. While the average supply of new cars across the industry has dropped 46%, to 35 days of inventory from 65 days on average in 2019, the types of vehicles being sold have buoyed automaker profits.

Of particularly good news for automotive tooling suppliers is that those profits are being used to develop more nameplates, Trentacosta added. In 2019, the industry supported 361 nameplates for internal combustion engine (ICE) vehicles and 21 for battery electric vehicles (BEV). By 2028, those figures are expected to rise to 405 and 98, respectively.

Considering 17-million unit sales as a benchmark for a healthy year, he noted, that would mean about 34,000 vehicles per nameplate — signaling a “really steep period” of low-volume, high-mix supply. Not all of those vehicles will be big sellers or offered with a large array of custom trim, he explained. Therefore, there will be less tooling per vehicle in the North American market, but more tooling overall.

Highlighting the difference in tooling requirements, Trentacosta cited the example of the Ford F-150 truck. The ICE version, which sells more than 750,000 units in North America annually, features seven unique trim levels and requires about $700 million in tooling; the all-electric BEV version, the Lightning, is not expected to sell in quite that quantity and is offered with only two trim packages requiring about $200 million in tooling.

Right now, Harbour concluded, “this decade, the balance of it . . . looks to be a very, very strong decade for the tool industry.”