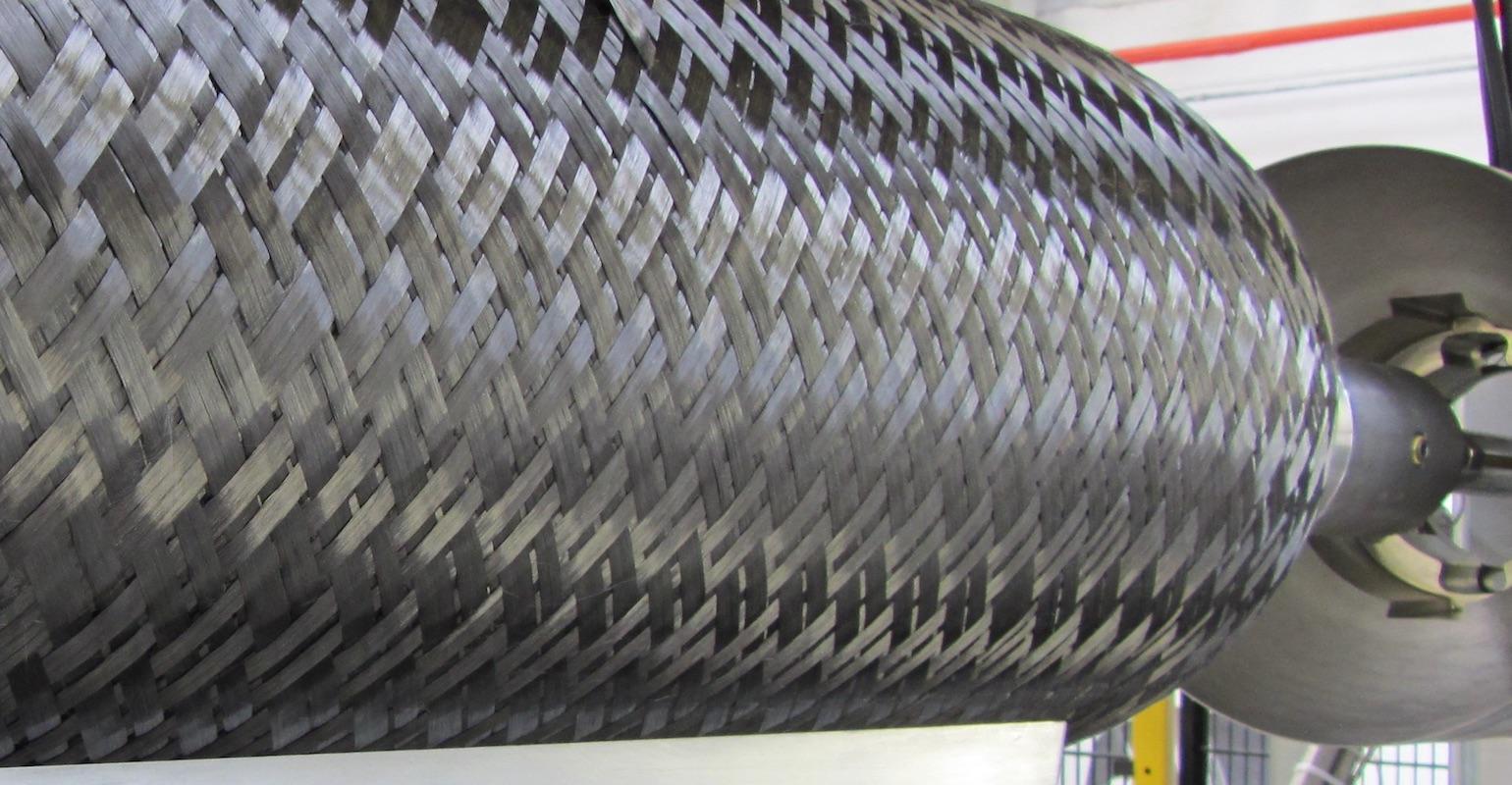 German high pressure resin transfer molding (HP-RTM) toolmaker BBG has presented a concept for tooling that allows for the quick and reproducible manufacturing of compact, modular hydrogen tanks, which are made of carbon fiber-reinforced plastic (CFRP) and can be used in many vehicle types. The tank modules are made of carbon-fiber reinforced plastics (CFRP) and are molded in self-closing molds. The process does not require a press or further production equipment, such as autoclaves for curing.

To this end, cylindrical hollow metal bodies are overbraided with carbon fiber, and then a low-viscosity, resin-based mixture is injected under a high level of pressure in the heated mold. After curing in the mold, the modular CFRP cylinders can be removed and connected to form a tank.

Since tanks are made of individual CFRP cylinder modules, they can be tailored precisely to the installation space available in a vehicle. The modules can be integrated, for example, in the floor assembly to save space. Such a tank filled with 700 bar internal pressure facilitates a range that is similar to those offered by internal-combustion engines for hydrogen-powered passenger and commercial vehicles.

First the inner shells of the cylinders, which are also referred to as liners, are overbraided with carbon fiber. Then the blanks thus prepared are inserted into the two-part mold. Up to 15 cylinders with a diameter of 50 mm and more can be produced simultaneously per operation.

A low-viscosity, resin-based mixture is injected under a high level of pressure once the heated mold has closed autonomously. This mixture penetrates the carbon-fiber braid, enclosing the individual fibers evenly and without defects. After curing in the mold, the finished pressure-resistant components can be removed and assembled to form a tank.

In comparison to other processes, series production with self-closing molds offers the benefit of being based on a simple technology, which results in low investment cost. Replacing large cylindrical hydrogen storage units by more compact tanks and the reduction of production cost play an important role in the development of fuel cell vehicles. Among other initiatives, the Bryson research project, in which TU Dresden (Dresden Technical University), Hochschule München (Munich University) and Leichtbauzentrum Sachsen (Lightweight Construction Center Saxony) participate in addition to BMW, is looking for solutions to this problem.

Gerhard Hörtrich, project and sales manager at BBG, commenting on the company's competence in toolmaking, says: "Since the high pressure applied to hydrogen tanks requires a great deal of component stability, we attach particular importance to maximum precision in the design and production of HP-RTM molds.”

“For the production of the hydrogen tanks to be as efficient as possible at the same time, we have developed and integrated a reliable sealing system, among other things. This system ensures that virtually no manual reworking is required when the resin mixture is processed," adds Hörtrich.