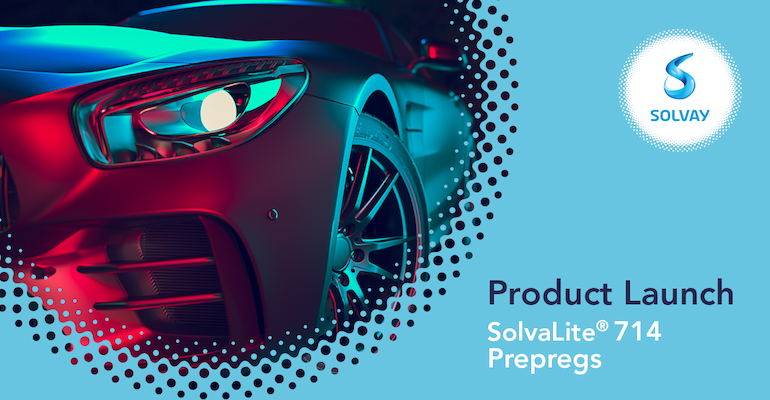 Solvay has unveiled an addition to its portfolio of composite materials for the automotive industry. SolvaLite 714 Prepregs are described as a new generation of unidirectional carbon-ﬁber and woven-fabric products pre-impregnated with SolvaLite 714 epoxy resin. They offer fast cure cycles and a long out life, and have been optimized for manufacturing automotive components, such as body panels, at short compression-molding cycle times in serial production runs.

SolvaLite 714 Prepregs are currently manufactured in Europe and will be commercially available worldwide beginning in the second quarter of 2022. Solvay ofﬁcially launched the new product family to the automotive market at JEC World International Composites Show in Paris on May 3, 2022.

In addition, Solvay recently invested in production capability enhancements for Xencor LFT (long-ﬁber technology). The investment includes new manufacturing assets and additional capabilities in Solvay’s Oudenaarde facility in Belgium, as well as an expansion of research and development resources at one of Solvay’s technical centers in Alpharetta, GA. Xencor LFT is one of the key pillars in Solvay's lightweighting portfolio, which also includes short-ﬁber compounds and continuous carbon-ﬁber composites.