Teijin’s Aramid Fiber on the Way to Mars 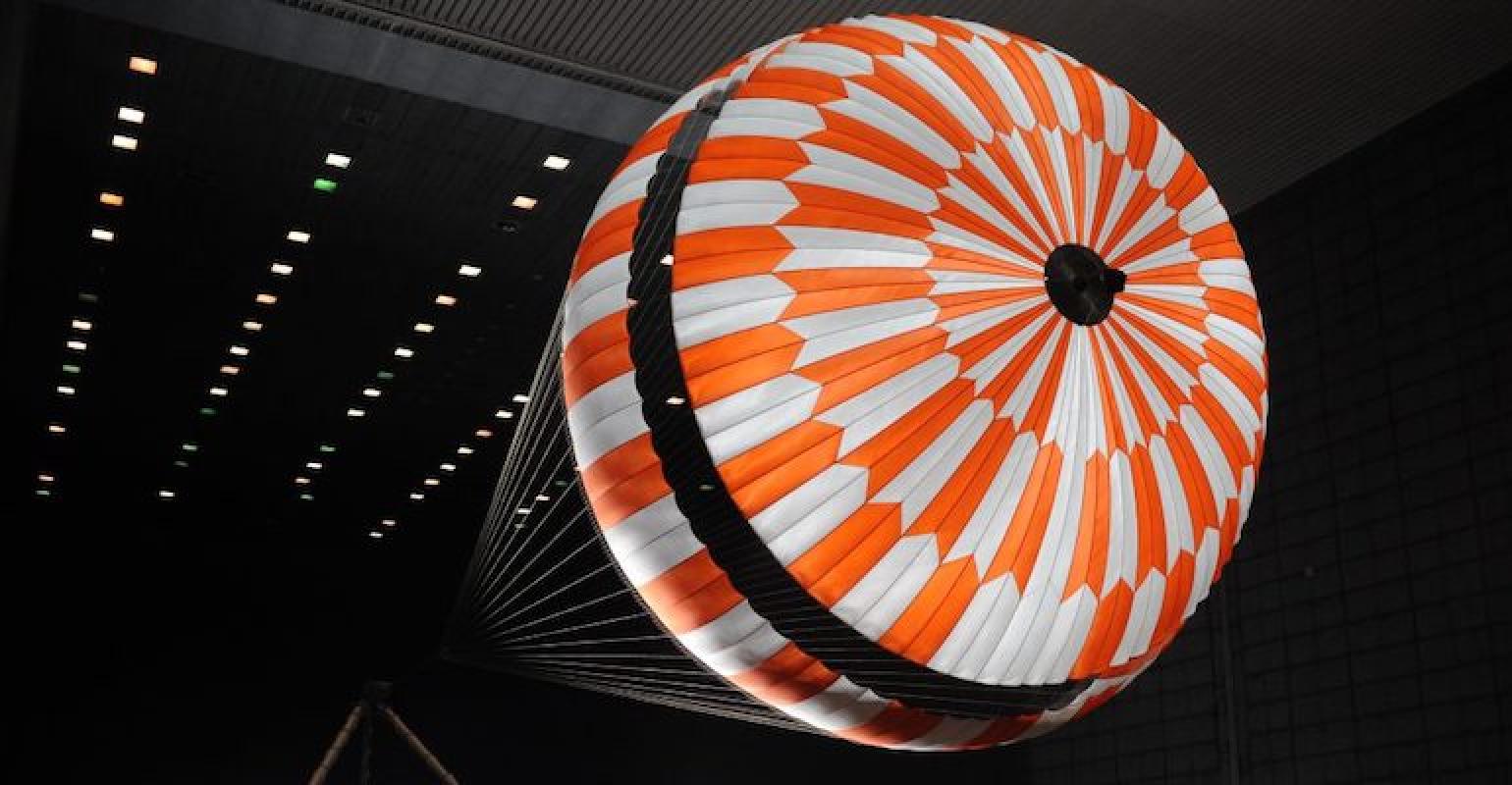 The performance fiber will deliver a soft landing for NASA’s Mars Perseverance Rover.

Teijin Aramid’s Technora high-performance fiber is again enabling space exploration through its deployment in the July 30 successful launch of NASA’s Mars Perseverance Rover from Cape Canaveral in Florida. Technora para-aramid plays a critical role in the structure of the Rover’s landing parachute, developed by Airborne Systems and NASA’s Jet Propulsion Laboratory, which will be deployed during descent to Mars in February 2021.

On a mission to seek signs of past microscopic Martian life and gather rocks soil for its eventual return to Earth, the Mars Perseverance Rover is carrying the heaviest payload of any mission to the Red Planet yet. In view of this unprecedented challenge, the parachute system has undergone an extensive set of demanding tests. Specifically, the parachute system has proven it can support an inflation load of 31,751 kg (almost 70,000 lb.). The challenging surface conditions on Mars include average temperatures of -63°C, frequent dust storms, and atmospheric electricity.

To ensure this unique parachute system performs under the extreme conditions of the descent to Mars, 60 kg (132 lb.) of Technora is incorporated into the parachute’s suspension cords. Technora is also used in the parachute riser. Indeed, this mission builds on the proven technologies and systems of previous Mars Rover expeditions, which also carried Technora. In particular, Technora was used on the Mars Curiosity Rover in 2012, where the parachute’s suspension cords had to withstand a 9G force during the landing – about 27,000 kg (59,525 lb.).

Charles Lowry, Lead Project Engineer for Airborne Systems North America, Mars 2020 Parachute System Subcontractor: “When designing and building the parachute system for Mars Perseverance Rover, it was very important to utilize the volume that we were allocated to its fullest potential. Thanks to its outstanding strength-to-weight ratio, Technora allows us to do just that and increases the overall safety of the mission by providing more volume for stronger parachute cloth. There are many unknowns involved in any mission to space, but the tried and proven performance of Technora is not one of them.”

Peter ter Horst, CEO Teijin Aramid: “Today is a proud day for everyone at Teijin Aramid. Our journey into space has taken another exciting step. Our partners throughout the space industry have long recognized the unique potential of incorporating Technora into their products to unlock new levels of performance. The launch of the Mars Perseverance Rover shows that we’re again the partner of choice when strength and reliability are of unprecedented importance.”