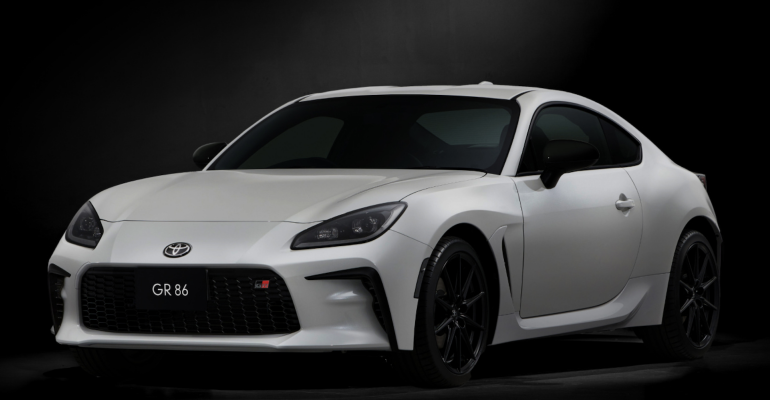 The new partnership between Toyota Racing Development and Stratasys will make its debut with 3D-printed production parts on the forthcoming Toyota GR86.

Polymer 3D-printing technology company Stratasys is now an official partner of Toyota Racing Development (TRD). The partnership will make its debut with 3D-printed production parts on the forthcoming Toyota GR86 for the GR Cup, a new single-make racing series sanctioned by SRO America.

“Additive manufacturing has allowed us to quickly iterate, design, and create parts for our race vehicles in a way that would have been far more expensive or labor intensive through traditional manufacturing methods,” said David Wilson, President of TRD. “By partnering with Stratasys we are able to advance our manufacturing practices beyond what is currently possible and really harness the possibilities of additive manufacturing for production parts.”

TRD is expanding its use of additive manufacturing from prototyping to end-use parts by integrating Stratasys Fortus 450mc, F370, and the new composite-ready F370 CR 3D printers into its manufacturing facilities in Salisbury, NC, and Costa Mesa, CA. The industrial-grade 3D printers will be used to create end-use parts, including an FDM Nylon 12CF hood vent for the new Toyota GR86 production vehicle, as well as to create a wide range of end-use parts across the TRD product portfolio. Further, TRD has been a long-standing customer of Stratasys Direct Manufacturing, using various additive manufacturing technologies for prototyping. TRD will further utilize Stratasys Direct services to 3D print a clamp for the GR86, utilizing the Stratasys H350 3D printer powered by SAF technology and using sustainable Stratasys High Yield polyamide (PA) 11 material.

“This new partnership represents a significant moment in the evolution of additive manufacturing for high-performance automotive racing applications,” said Pat Carey, Senior Vice President, Strategic Partnerships for Stratasys. “We will partner with TRD to support efforts as they further adopt, prove out, and integrate additive manufacturing into their production as a prototyping, tooling, and end-use parts solution across the GR86 and TRD custom parts, as well.”

TRD plans to continue to integrate additive manufacturing into its manufacturing processes for TRD-branded vehicles and racing cars. The GR Cup, featuring the GR86, is set to begin in 2023.