What automotive suppliers need to do to prepare for a drop in U.S. light vehicle sales 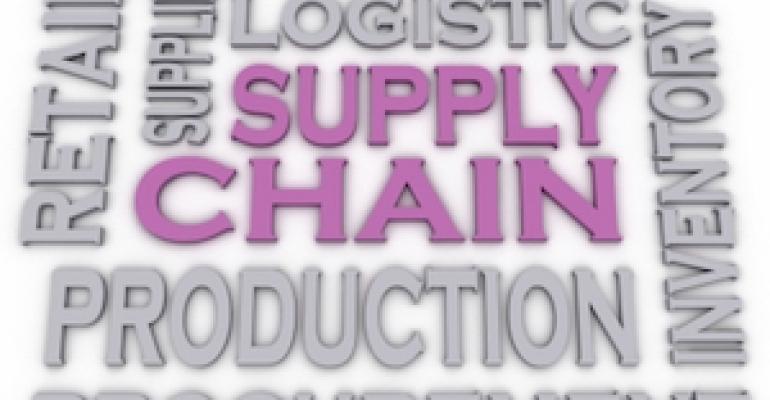 The past two years have seen a boom in U.S. light vehicle sales, but some analysts are predicting that the good times are about to end. A drop in demand has far-reaching consequences for suppliers to automotive OEMs. Jeoffrey Burris of Advanced Purchasing Dynamics shares some survival strategies.

If you’re an automotive supplier, you know that change is always a constant. Sales of light vehicles skyrocket, and suppliers are pressured to add more equipment and more skilled employees to ensure that the automotive OEMs and Tier 1s don’t experience line stoppages due to a shortage of parts. Sales fall off and suppliers are stuck with inventory, molding presses stop running and moldmakers are put on hold for new molds.

It’s well known that the past two years have seen a boom in U.S. light vehicle sales since the “recovery” from the great recession, resulting in OEMs once again pressuring their suppliers to ramp up to ensure supply. However, according to Jeoffrey Burris, founder and Principal of Advanced Purchasing Dynamics (Plymouth, MI), a purchasing consultancy for the automotive industry, “there are plenty of reasons why growth will stall, ranging from weaknesses in global demand to declines in consumer confidence to a potential interest rate increase.”

Burris, who spent 20 years in the automotive industry with Ford and Tier 1 suppliers, notes that this “mixed message for the U.S. economy is leading forecasters to vary their predictions for U.S. light vehicle sales considerably. IHS and LMC foresee a continued rise in sales through 2019, while Alix Partners expects a pretty severe drop. PWC is in the middle, anticipating a drop in 2017 and 2018, with a bounce back in 2019. It’s fair to say that the U.S. auto market is at risk of decreasing demand.”

A drop in demand has far-reaching consequences for suppliers, which include, Burris notes, “competitive price pressures” as OEMs and Tier 1s “seek to protect their margins, and margin compression due to loss of economies of scale.”

So what can manufacturers and suppliers do to prepare for this drop in demand? Burris first recommends they establish an early warning system. “Ensure all customer-facing staff have their ears to the ground to get the earliest possible warning for any softening of demand from the direct customers as far in advance as possible, before it hits the order books.”

Often when companies are running at full capacity, management doesn’t take the time to look up and watch closely for these warning signs that might mean cut-backs in current orders or potential new orders being put on hold so that they can adjust their planning accordingly.

Secondly, Burris suggests something that might not sit well with some manufacturers, particularly molders and moldmakers: Look at structuring your company to take advantage of your operations in low-cost countries. “Look at moving repeatable, tactical work to offshore service centers.”

That might work for some companies, but for moldmakers, for example, their type of one-off business isn’t conducive to that. However, we are seeing more processors, particularly those who supply the automotive industry, establishing plants in Mexico. As the automotive OEMs and Tier 1 suppliers increasingly move work to Mexico, they are pressuring their Tier 2 and 3 suppliers to follow suit.

Third, Burris advises that suppliers develop a rapid response plan to activate when the need arises. “Keep a tight rein on any additional hiring unless absolutely necessary. Keep a tight rein on days of supply in inventory.” Lastly, “review all discretionary spending and have a plan for cutting it when necessary.”

Since the boom days of the 1990s and early 2000s (in spite of that mini-recession we experienced), processors have been wary of purchasing a molding machine every time they got a new parts program. They learned a hard lesson. By the early 2000s, molders were so over-capacitated that many were running at nearly 50% capacity, which meant a lot of idle presses. When all you’re selling is press time, failing to keep a tight rein on spending, hiring and inventory can be a disaster.

Finally, make the most of new product launches. “The number of programs and the frequency of change have added SG&A [Selling, General & Administrative] costs in the industry. Manufacturers need to ensure that new programs are coming in at higher margins.”

Good luck with that one. Any supplier who’s been serving the automotive industry knows that in spite of the supposed “kinder, gentler” OEM that appeared for a brief time, they continue to push for price reductions, rebates and other tactics to reduce their costs.

Next, Burris offers some suggestions for preparing your purchasing organization, which goes for the purchasing departments at OEMs and Tier 1s, but also for Tier 2 and 3 suppliers. “Assess the financial health of your supply base,” Burris advises. “Many supplier balance sheets have not fully recovered from the severity of the last downturn and it could quickly affect your supply chain.”

More and more, OEMs are examining their suppliers’ financial strength and ability to produce needed components through adequate inventory of raw materials and enough employees to get the job done.

Which leads to the second suggestion: “Assess team capabilities and fill critical roles before the hiring freeze,” Burris says. “Many may not have been in their current functions the last time the company had to deal with significant declines and volatility of this magnitude.”

Lastly—and, again, this may not sit well with processors or moldmakers—Burris advises OEMs to implement a supplier consolidation plan. “Buyers are good at developing high-level plans to consolidate their supply base to a more manageable number. The goal is to have fewer suppliers to work with and be able to work closer/collaborate with them.”

Now that a new year is just about upon us, companies need to be looking at forecasts for the automotive industry—or any industry they serve, for that matter—and planning accordingly.