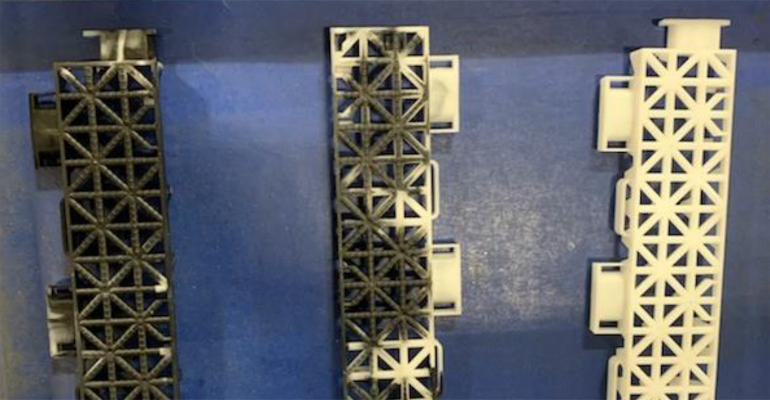 Asahi Kasei Asaclean Americas, the manufacturer and distributor of Asaclean Purging Compounds, announced today the official launch of its Plus Grade purging concentrate. It offers the same performance and cleaning power of Asaclean Purging Compounds, but blends seamlessly with a processor’s own production resins, said the company. The heat-activated concentrate was designed with processors’ toughest applications in mind and has already shown its mettle in early customer applications.

“For years, the injection molding market has been asking for an effective solution for purging hot runners and high-cavitation tooling,” explained Vice President Phani Nagaraj. “Extrusion and blow-molding plants have been asking for something that really performs with their existing processing temps/MFRs. Plus Grade delivers in these areas along with other applications such as screw and barrel cleaning, on-the-fly color/material changeovers, contamination removal, and, depending on the production resins, shut down and sealing,” said Nagaraj.

The purging concentrate can be mixed in with the production resin of the processor’s choice and is compatible with a range of resins. Its purging power can be tailored using a concentrate ration based on individual applications.

Leading up to the official launch, Plus was tested at several large extrusion and molding shops. National Sales Manager Rob Palmisano said that customers are seeing dramatically faster changeover times on difficult changes. “We saw one customer go from black ABS to clear PC in one-barrel capacity. That was very eye-opening for us.” One early-adopting customer who runs a custom molding shop in the southeast reportedly saw a 62.5% reduction in scrap on hot-runner changeovers when he started using the Asaclean Plus Grade. “We’ve also seen excellent results in film and sheet extrusion. Plus can fill the die completely edge to edge and is very easy to displace,” said Palmisano.

Plus Grade is available to trial and order starting June 1, 2021.

The End of the Extrusion Line Is Where Savings Begin
May 26, 2022