Ban the bags, logic be damned

As a rule, if the The Wall Street Journal takes on a topic, it has become a story on national prominence. Applying that guideline, the nascent plastic-bag-ban phenomenon has arrived.

As a rule, if the The Wall Street Journal takes on a topic, it has become a story on national prominence. Applying that guideline, the nascent plastic-bag-ban phenomenon has arrived.

Vara explained how The American Chemistry Council and its affiliates had pushed back on the bans, successfully blocking one in 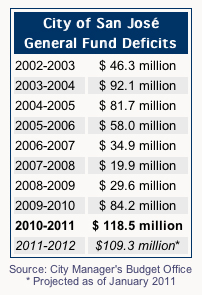 Oakland through a lawsuit on the grounds that the city had failed to complete the legally required environmental impact study. Noting this, San Jose, rather than reconsidering the measure or beefing up bag-collection/recycling efforts, paid a consultant $140,000 to study the matter. Bear in mind, that for the 2010-2011 fiscal year San Jose racked up a record general fund deficit of $118.5 million.

So what did they find out? Here's San Jose City Council member Kansen Chu, who was inspired to push the ban after seeing vendors charge for plastic bags in his native Taiwan:

We took our time-a little too long by my measurement-but we did a solid environmental study and found that paper is really not very environmentally friendly, either."

Not sure you needed to spend $140,000 to figure that out, but let's cut to their decision:

So we said, 'Well, maybe we should consider a limitation on the paper bag as well.'"

That's one way to handle the situation. The result:

The culmination of his efforts came in December, when San Jose's city council approved a plastic-bag ban starting in January 2012, along with a 10-cent charge for each paper bag, which would rise to 25 cents after two years.

It would seem the Golden State might have other priorities but the environmental scourge that bags represent remains too alluring for politicians everywhere.